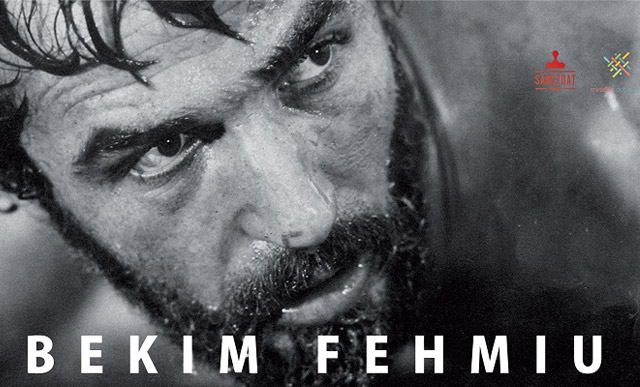 March 25, 2016 in Prishtina, at National Theatre of Kosovo

The second edition of the Festival "Mirëdita, dobar dan!" brings the book of Bekim Fehmi "Brilliant and Terrifying" - part two translated for the first time in Albanian language. After the presentation of the Bekim Fehmiu Film Week in Kosovo, this festival continues to bring and present for Kosovo public art work and legacy of the great actor Bekim Fehmiu. Bekim Fehmiu, Albanian, Kosovo, Belgrade, Yugoslav and world actor – a symbol of joint past, together with all of its challenges, achievements and misunderstandings, served as inspiration for establishment and realization of this event.

The book "Brilliant and Terrifying" - part two is a personal and original story, presented through a wonderful journey of life and career of the great actor Bekim Fehmiu. The book presents fragments of Bekim Fehmiu's life, as a student in Belgrade, the first roles as actor in film, theatre and artistic productions, to the glory times of his acting career in foreign productions in the Balkans, Europe and beyond. The book "Brilliant and Terrifying" - part two is translated and brought for Albanian readers, by the professor Anton Berishaj.

Festival "Mirëdita, dobar dan!" is a unique initiative that contributes to initiates dialogue and cultural exchange between Kosovo and Serbia, with the aim of improvement of social, political and cultural relationships between societies. We wish these encounters to become a tradition and continually contribute to establishment of permanent peace and normalization of relationships between Serbia and Kosovo.