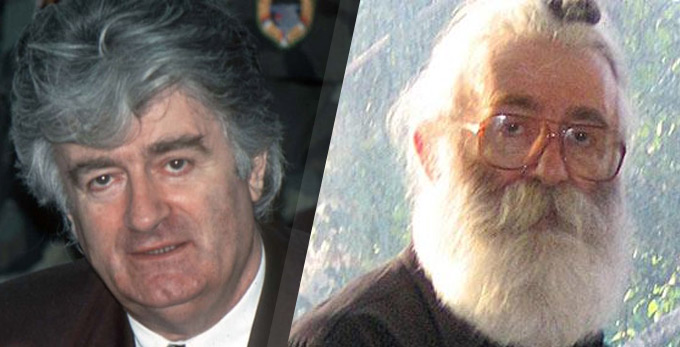 On Thursday the verdict will be delivered in one of ICTY’s last major cases, the one against Radovan Karadžić. You all know who he is and what he did, so no need to go into the details here: if you want to refresh your memory, here is the final amended version of the indictment. It is fairly easy to make a prediction that has been made by everybody else as well, and that is that Karadžić will be convicted. No surprise there – the evidence is overwhelming and his defence was weak (a fact that is not the fault of Karadžić’s legal counsellor Peter Robinson, who has to be recognised for doing a monumental job in assuring a fair trial despite an unreliable indictee who insisted on representing himself and a series of witnesses who were largely unhelpful).

But of course the question that remains open is what Karadžić will be convicted of. The most intense attention will be directed to the most serious charges, where Karadžić is accused of genocide. Count 2 of the indictment accuses him of responsibility for the genocide in Srebrenica, and here it is reasonable to expect a conviction, for three reasons:

1) There already exists a judicial record establishing that genocide was committed by VRS in Srebrenica, so judges are not being asked to break new ground;
2) Karadžić occupied as position of political authority that gave him ultimate responsibility for the conduct of armed forces under his command (in his defence Karadžić argued that he did not exercise effective control over the military, which was dominated by his political rival Mladić, but to my eye the evidence does not look strong enough to demonstrate, like it did in the acquittal of former Serbian president-manque Milan Milutinović, that he did not in fact exercise political power);
3) A wide variety of RS institutions, from the “state” assembly to the interior ministry and local police forces, left a documentary record that viewed in its entirety probably provides sufficient evidence of genocidal intent at the political level. The fact that much of this evidence has become publicly available may end up being one of the greatest legacies of the prosecution researchers at ICTY (to the degree that transcripts of political debates indicate that genocidal intent was not universally shared by all “state” officials, they clearly show Karadžić sharing the intent).

So on these grounds it looks probable that the Tribunal will find that Karadžić’s responsibility for the Srebrenica genocide has been demonstrated, and that he will be convicted on Count 2. But it is harder to make a confident prediction about Count 1, where Karadžić is accused of committing genocide between March and December 1992 in seven localities: Bratunac, Foča, Ključ, Prijedor, Sanski Most, Vlasenica and Zvornik (in an earlier version of the indictment the charges also included genocide in Kotor Varoš, Brčko, and Višegrad, but these were dropped in response to a trial chamber order to reduce the scope of the indictment). Whatever the trial chamber does find on Count 1, the decision will be read carefully because it both offers a guide to what will eventually be decided in the case of Ratko Mladić, and because either way, the judges’ decision on Count 1 will be interpreted as going a long way to establishing the ICTY’s stance on the character of the 1992-1995 Bosnian conflict. The eventual verdict will most likely also be interpreted not as a conclusion of what the evidence demonstrated, but as an indication of what the judges were willing to do politically at a given moment.

Let’s make this a bit clearer: if the trial chamber finds Karadžić guilty on Count 1, this will be interpreted as indicating that the aims and purposes themselves of RS involved genocide. It will be understood as affirmation by people who have been arguing for years that the violence in Bosnia-Hercegovina was not a confrontation between a set of armed forces but a campaign deliberately designed to create nationally homogeneous territories by changing the structure of the population through violence. Many people in RS and Serbia will interpret a conviction on Count 1 as a condemnation of the war aims of Serbia and its clients in RS, and as a major challenge to the legitimacy of RS, where the current leadership lives in fear of being labelled an entity created through genocide. Either way, a guilty verdict on Count 1 will be taken as a major intervention by the judges into the historical understanding of the violence in Bosnia-Hercegovina.

A not guilty verdict on Count 1 would also constitute a major intervention into history, but one more in line with the overall direction of the tribunal in its recent very controversial cases involving Bosnia-Hercegovina. In that version of events one incident of genocide occurred toward the end of a conflict that lasted for three and a half years. And for the rest, there was a confrontation between two legitimate armed forces with legitimate aims. Crimes were committed but were not the result of policy or command. This is the general narrative constructed by the appeals chamber in thePerišić case,  which determined that “the VRS was not an organisation whose actions were criminal per se; instead, it was an army fighting a war” (Perišić appeal verdict, para 53), and that “VRS was participating in lawful combat activities and was not a purely criminal organisation” (Perišić appeal verdict, para 57). The fact that crimes were committed along the way, in this telling of the story, involves freestanding individual facts rather than goals, policies or institutions. The narrative is further elaborated in the Stanišić-Simatović trial chamber verdict (Part 1 here, Part 2here),  where it is found that the role of outside actors who trained, financed and armed the forces that committed crimes merely provided “general assistance which could be used for both lawful and unlawful activities” (Stanišić-Simatović trial chamber verdict, para 1264, 2360), the purpose of which “was limited to establishing and maintaining Serb control over large areas of Croatia and Bosnia-Herzegovina” (Stanišić-Simatović verdict, para 2326; reformulated in various ways in paras 2330, 2332, 2333, 2334, 2345, 2360). In this context, if somebody says something like “we’ll exterminate them completely,” this is “too vague to be construed as support for the allegation that [the person] shared the intent to further the alleged common criminal purpose” (Stanišić-Simatović trial chamber verdict, para 2309).

It might seem more probable that ICTY would continue down the path it has taken and deliver a not guilty verdict on Count 1. But let me go out on a limb here and suggest why they might not: the „legitimate war with some nasty events along the way“ narrative is reconstructed from the verdicts in two 2013 cases that radically narrowed the standards for establishing criminal responsibility. These might be thought of as precedents, but a decision is only a precedent if another court uses it. This standard has been rejected by every court that has reviewed it, including three times by ICTY itself (in the Šainović et al and Popović et al cases, and then again in December in the Stanišić-Simatović appeal). If these rulings can be thought of as a judgment not just on the ill-conceived and short-lived „specific direction“ standard, but as a sign of a broader approach to crime (at least when the perpetrator is a domestic one whose activity does not cross borders), then it is not impossible that the Tribunal’s standards could be returning to their pre-2013 levels. The limiting factor on this prediction is a big one, though: one thing we know is that in general, judges are pretty loath to label something as genocide if it has not already been labelled that way by another judge.

Will any of this matter? In the short term, probably not much – people in different ethnopolitical camps will interpret any favourable verdict as a score for justice, and any unfavourable verdict as a sign that ICTY is biased. Down RS way, Milorad Dodik made the preemptive gesture of naming a new student dormitory after Karadžić (what student would want to sleep in such a dormitory?). But in the long term – a finding that a court makes is bound to have more influence than a finding it does not make. Eventually both the supporters and critics are going to be compelled quit the roundabout strategy of talking about bias and engage with the content of the verdicts themsleves.

Then next week there will be a verdict in another case, the one against state security agent, paramilitary mascot and TV performer Vojislav Šešelj. No major legal or empirical issues are at stake in this case, and it is principally notable for the grotesque theatrics that have accompanied it, in which an insane man plays a swearier and more bloated Jeanne D’Arc and an incompetent man plays a judge. By deciding last week that the accused did not need to be required to show up to hear the verdict, the Tribunal fairly invited everyone to make a prediction that the verdict would not result in a prison sentence. Hold your breaths for the answer to the uninteresting question of whether this means an acquittal or sentencing to time served.

So these are my predictions. Like any predictions, they will turn out to be either right or wrong, and we will all know by the end of next week. Then, of course, remember that these are cases in the trial phase, which means that whoever loses will have the opportunity to appeal, which they can be expected to use. So the story is going to go on.

Note: Here’s Marko Milanović making the opposite prediction. The reason we are making different predictions is that we are making different assumptions. He is assuming that judges will do what they have done before (usually a pretty safe assumption in any legal environment). I am assuming that the 2013 verdicts are reflective of a larger experiment in restricting legal oversight, which has since been rejected. I don’t know which one of us is right.