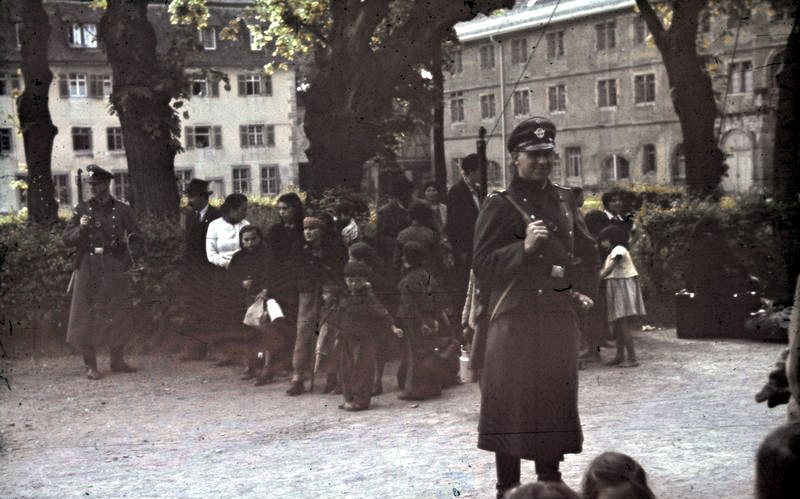 The Roma Association MIR Skopje and Forum Civil Peace Service with support from the German Foundation EVZ „Remembrance, Responsibility and Future” announce the start of the “Educational program for learning about the genocide of Roma and Sinti during World War II” in Skopje during March and April 2016.

The educational program will start in March 2016 and consists of a series of workshops for young Roma and other ethnic groups to learn about the Genocide of Roma and Sinti during World War II and how to deal with discrimination and violations of human rights in the present.

The educational program is part of a bigger project organized in cooperation with the Embassy of the Federal Republic of Germany in Skopje. From April 6th to 16th, 2016, the Embassy presents the exhibition of the Documentation and Cultural Centre of German Sinti and Roma which will be shown in the lobby of the National and University Library, ”St. Kliment of Ohrid” in Skopje. The exhibition is called “The Holocaust against Roma and Sinti during World War II and present day Racism in Europe”. It raises awareness of the National Socialist genocide of the Roma and Sinti minority which claimed some 500,000 victims. Racist stereotypes and prejudices against Sinti and Roma still persist all over Europe. Therefore, the exhibition seeks to impart a greater appreciation of the past in an attempt to help resolve current situations of conflict.

Association MIR is a voluntary, nonprofit organization established in 1998 for achieving broader social interest of the Roma population, to improve the socio-economic situation of the Roma, socially vulnerable groups and ethnic communities and develop democracy, civil society and human rights.

Forum Civil Peace Service (forumZFD) was established in 1996 in Germany as a non-partisan organization for building peace, striving for one goal: nonviolent conflict transformation. forumZFD implements projects in various countries. In the Balkans, forumZFD has been working since 2001 with different partners from civil society, institutions, science, art and culture, with the aim to initiate constructive dealing with the past, support civil society and inter-ethnic dialogue and to establish peace education in Macedonia and the region.