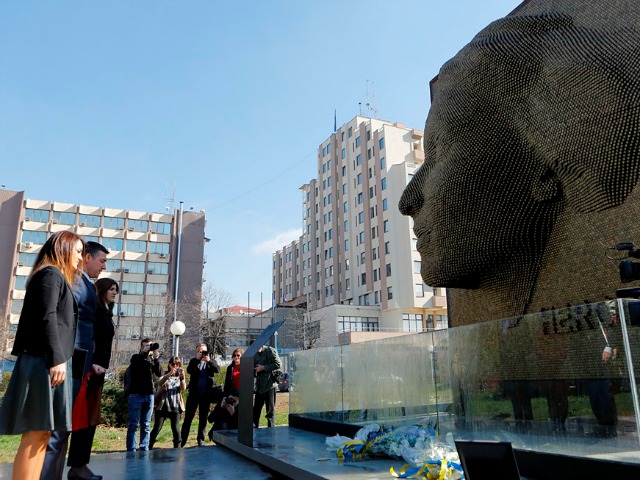 To mark International Women’s Day, the Kosovo authorities paid homage to female war victims and screened a documentary in parliament about sexual violence during the 1999 conflict.

Photo: Tributes were paid to female war victims at a monument near parliament. Photo: Kosovo parliament.

Kosovo’s parliament on Tuesday screened a documentary about the women who suffered sexual violence during the war with Serbian forces.

The film showcased last year’s awareness campaign about wartime rape, entitled ‘Thinking of You’, during which people donated dresses in tribute to the victims.

Parliamentary speaker Kadri Veseli said that Kosovo remembers the sacrifices and contributions that women made on the country’s path to independence.

“Many of the women who survived the horrors of war continued to face inhumane acts committed against them alone in silence,” Veseli said.

President Atifete Jahjaga praised the documentary for its directness and truthfulness.

“It’s a story that reveals a great injustice that was done to innocent Kosovo people. It describes a cruel war crime that aimed to revive the feelings of fear and oppression,” Jahjaga said.