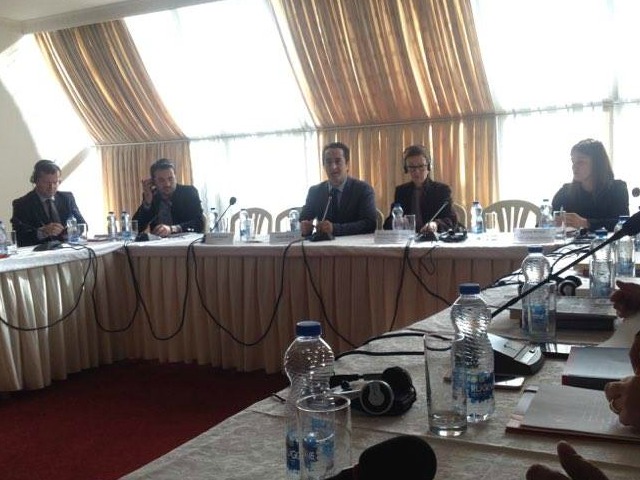 Kosovo’s education minister Arsim Bajrami said that transitional justice will be taught as part of the high school curriculum starting from September 2017.

Education minister Bajrami on Thursday accepted a proposal from the Humanitarian Law Centre office in Kosovo for transitional justice to be taught in as part of the Civic Education subject on the high school curriculum.

“The ministry of education will be very active during this project and we can’t wait for its implementation. Together we hope to start this project from the beginning of the next school year; the first of September,” Bajrami said at a roundtable discussion on transitional justice in Pristina.

Bekim Blakaj, the director of the Humanitarian Law Centre, said that teaching high school students about transitional justice was necessary so they can understand what happened in the 1990s.

“We have noticed an absence of information among high school students about the basic data on human losses or material damage during the war in Kosovo,” Blakaj told a roundtable discussion in Pristina.

“We decided to propose such a project since education is part of the institutional reformation of society,” he added.

Since 2011, the HLC has organised workshops for high school students as part of its programme on dealing with the past. In 2015, there were 16 workshops attended by 591 students.

One of the dilemmas raised at the discussion was whether transitional justice should be included in the History or Civic Education textbooks.

Beqir Letaj, a history professor from Prizren, argued that it shouldn’t be included in history textbooks because the events of wartime need to be assessed over a longer period of time.

“History is a subject that needs scientific accuracy so it’s preferable that at least 30 or so years go by before the issue is included in its textbooks. Therefore Civic Education would be the appropriate subject for the additional chapter,” said Letaj.

The Swiss ambassador to Pristina, Krystyna Marty Lang, tod the discussion that her embassy supports the initiative.

“Without the fact-based approach and the discussion of how Kosovo is dealing with the past, students will be more easy to be manipulated by the media,” she said.