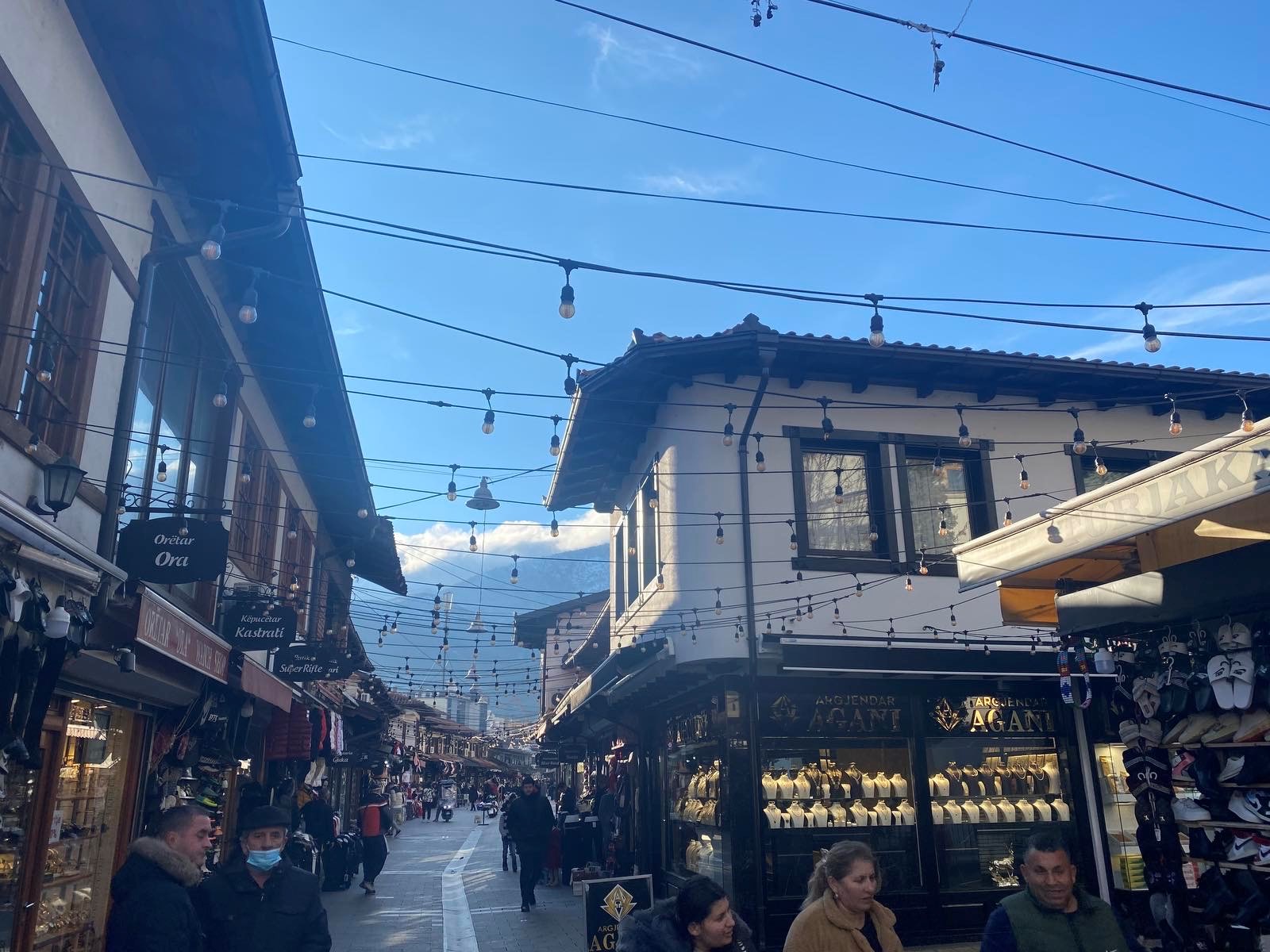 Heritage under the kingdom of post-war concreting

Restorations without criteria have followed the buildings of special importance in Kosovo, which have suffered from destruction and damage during the war in Kosovo and from the carelessness that has prevailed in the post-war reconstruction chaos.

The data of the Ministry of Culture of Kosovo show that there are 1,025 monuments of construction heritage including towers, traditional dwelling houses, mosques, shrines, tekkes, mills, etc. that were destroyed or damaged during the 1998-99 war in Kosovo.

The heritage of the municipalities of Peja, Deçan, Junik and Gjakova is among those that have been destroyed, like in other municipalities.

The ruins that prevailed in the historic part of Gjakova town already belong to the pictures shot in the first months after the end of the war because the quick reconstruction erased the traces of crime committed to the heritage.

Çarshija e Gjatë [the Long Bazaar] in Peja and many other individual buildings outside it have also been burned, as well as many important buildings of historical and cultural heritage in other municipalities.

In Prizren, the building in the Albanian League of Prizren Compound was also burned, but the building was rebuilt within months, though the building’s documentation and exhibits could not be replaced.

Sali Shoshi, director of the organization “Cultural Heritage without Borders”, says that in 2017, the organization he leads went out on the ground and identified about 1,000 buildings, of which about 25 percent of architectural assets that are in the cultural heritage register are in an endangered state.

Four years later, Shoshi says they are focused on demolition - not on remedying the situation.

“We have seen that 9 to 11 percent of those that have been endangered have been demolished. We have not defined the type, but what we can say is that institutions do not intend to remedy the situation once more, as it should be”, he says.

According to Shoshi, it makes no sense for an asset to be included in the monuments’ list and then not to be dealt with by institutions.

“Listing is not the final act, it is just a first step towards a long process towards protection and its return as a resource of society,” he says.

In July of this year, the Government of Kosovo voted on the establishment of a state commission for documenting the destruction of Kosovo’s cultural heritage during the 1998/99 war.

This commission will have the task of compiling the state inventory with all the monuments destroyed during the war in 1998 and 1999.

“This is an important moment, since we are officially starting the process of seeking accountability and reparation for the destruction of hundreds of monuments in Kosovo,” wrote the Minister of Culture, Youth and Sports, Hajrullah Ceku, in the social network “Facebook”

Meanwhile, Bekim Ramku, an architect, proposes to make a list of new monuments and that Krusha e Madhe of Rahovec should be included in that list.

“Traces of crime in this village have almost disappeared and today the appearance of the village does not show anything about what residents went through during the war. It should have been a live monument about what has happened there,” he said.

“It may be that there is nothing there as a physical monument, but the narrative is important,” he adds.

On 25, 26 and 27 March 1999, 250 Albanians were massacred in the village of Krusha e Madhe by Serbian police and military forces, assisted by local Serb residents as well, who made up about 10% of the population.

Towers – as buildings of cultural and historical heritage are among 1,025 construction assets that were destroyed or damaged during the last war in Kosovo. Data from institutions show that 263 towers and other buildings of worship have been damaged, shelled and burned only in Deçan municipality.

“Considering that towers were inhabited and under protection, they were located mainly in rural areas and were among the most affected ones,” says Ramku.

According to Sali Shoshi, some towers have been restored to function, mainly by foreign projects.

“Some towers have been restored, others do not exist because there was no interest in restoring them,” he said.

State hand in the renovation of destroyed assets

The house of the League of Prizren was also completely destroyed by the Serbian army in the 1999 war. It was rebuilt after the war, in June 2000, and the courtyard of this historic compound was redesigned in 2003 and it serves as a museum now.

According to Shoshi, despite the renovation of some burned buildings and bazaars in Peja and Gjakova, they have not been restored as they used to be and now they “look more like a new construction.”

“There was no reconstruction, but a rebuilding that does not exactly take into account the dimensions, materials, styles,” he said.

Shoshi says that a state policy is needed, which according to him, should have been identified first and then funds should be focused in their direction.

On the other hand, as for the monuments that have not been restored as they used to be, the Ministry of Culture blames the limited budget possibilities.

“Due to the insufficient budget for restoration and conservation, we have made a selection of the most representative buildings. Also, some owners, endangered by ruined buildings, have intervened, demolished and removed the remaining ruins of the monuments”, it is said in a response of the Ministry of Culture.