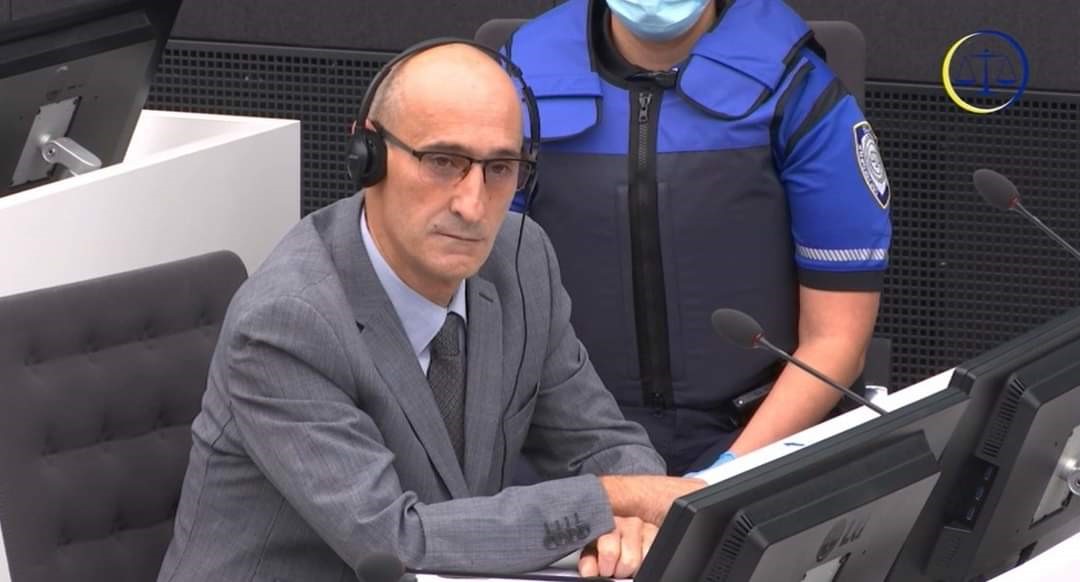 The spring of 1998 was terrible for I.B.’s family from Kosovo. 23 years from the disappearance of the family head, the hope of family members for justice is disappearing little by little every day. Nevertheless, they do have a ray of hope in the Specialist Court.

I.N. has just registered in the program of Victims’ Participation Office of the Specialist Chambers in The Hague.

His father disappeared during the spring of 1998 in Kosovo and he hopes that the Specialist Court will shed light into the story of his disappearance.

He has refused to reveal his or his father’s identity who went missing during the war, nor which trial process he will follow. He just says that he will soon face the accused in the court.

“My uncle and I have been interviewed three times by the Specialist Chambers’ prosecutors. The call to apply to the program makes us understand that my father’s case will be one of those that will be addressed”, he says.

“We have been looking for him for 23 years, even though we know where he entered and where he did not come out from,” he added.

I.N. is just one of those who has applied to join a scheme of victims’ inclusion in trials, but who are reluctant to do it openly, fearing retaliation and stigmatization if their identities are revealed.

17 victims registered in the Specialist Chambers so far

In the trial against Hashim Thaçi, Kadri Veseli, Rexhep Selimi and Jakup Krasniqi, all procedures have been completed so far and 9 victims have been registered, and 8 others in Salih Mustafa’s case.

The Specialist Court did not agree to provide details on ethnicity, but based on reports from the Victims’ Participation Office, it appears that all registered victims in Salih Mustafa’s trial are Albanians.

In the case of the former President of Kosovo, Hashim Thaçi et al., from 9 admitted victims, 5 are Serbs, 1 is Albanian, while ethnicity is not specified for the other three victims. It is only said that they were “kidnapped and killed in the territory of Kosovo”.

“The decision to apply is individual. Persons who can prove that they have personally suffered harm, including physical, mental or material harm, as a direct result of crimes alleged in a confirmed indictment, can apply to participate in the proceedings,” says Angela Griep, Specialist Court’s Spokesperson.

“A judge or a panel of judges will decide whether the person who has applied can become a participating victim before the Specialist Chambers,” she added.

Victims are also provided protection in court proceedings through a Counsel.

The role of victims’ protection in Salih Mustafa’s trial

Anni Pues is the voice of 8 victims who have been registered as participants in the process against the former KLA member, Salih Mustafa.

Arrested in September 2020 and transferred to the detention center in The Hague, Mustafa is accused of involvement in murder, torture, cruel treatment and arbitrary detention during the Kosovo war in April 1999 at a KLA detention compound in Zllash, a mountainous village in Gollak region. This detention center was allegedly run by a unit that he commanded.

Pues calls the trial against Mustafa, which began in September this year, “a last chance for victims to get justice.”

The trial is currently in the witness hearing stage.

But Pues admits that victims are too reluctant to be part of the process.

“The participating victims in this case want to get justice for their suffering. They have experienced bad things,” says Pues.

“During the last two months, the Court has heard from witnesses’ testimony about acts of torture, beatings and how victims felt being treated like animals. Those who survived have suffered physical and psychological harm,” said the victims’ Counsel in Mustafa’s trial.

“I believe that it is natural for victims of crime to want to find out the truth and to want justice. This is most important thing for victims participating in the trial. It is also their human right to receive reparations for the harm done to them,” adds Anni Pues.

Amer Alija, a legal analyst and monitor of war crimes trials at the Humanitarian Law Center, says that the victims’ information process has not proved to be very effective.

“The filling in of the application for the recognition of the participating victim in certain proceedings begins after the indictment is filed, and, at the same time, this process is conducted electronically. It should be emphasized that not every potential participating victim has sufficient knowledge of using the internet, because there can be victims among them who are old and do not use the internet,” says Alija.

Except in Salih Mustafa’s and Thaçi’s et al. cases, victims can still apply in the ongoing trial against Pjetër Shala.