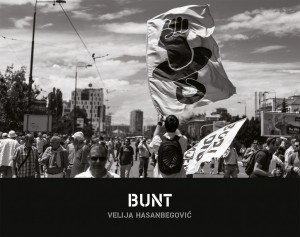 Open University: Nationalism and the Recent Past

CODA- Centre for Education and Social Action in 2015 organized Open University in Banja Luka (26-27 September) and Sarajevo (26-29 November), a serial of “20 round tables, lectures and open discussions, including a literary reading and a theatre show, followed at each event by an audience ranging between 100 to 180 people, nor the names of more than 40 speakers and participants”. Those unique insides into thinking of youth (and not only youth!) of Bosnia and Herzegovina are now  presented in a report of four major problems that dominated discussions during those events.  One of four major problems, defined as “Nationalism and the Recent Past” is addressing identified obstacles in process of reconciliation and facing the resent past.  Following is CODA report, published on The Rosa Luxemburg Stiftung website on 21. January 2016.

Questions and dilemmas for the Left

In 2015 we organized Open University in Banja Luka on 26-27 September (dedicated to ‘Future’), and in Sarajevo on 26-29 November (under the title ‘Who’s Afraid of…’). This report will not enumerate the topics of 20 round tables, lectures and open discussions, including a literary reading and a theatre show, followed at each event by an audience ranging between 100 to 180 people, nor the names of more than 40 speakers and participants. All these information, together with audio and video recordings, are available on the pages of our web magazine Otvoreni magazine / Open Magazine  (http://otvoreni-magazin.net/). Here we want to concentrate on, in our view, the four major problems (out of many) that were, regardless of concrete discussion topics that ranged from Greek crisis, the Balkans, political economy, Marxism, psychoanalysis, feminism, engaged literature, sexuality, plenums to refugees, constantly addressed by our speakers as well as by the audience. What follows is a presentation (not a summary) of the questions that were asked, the dilemmas that were discussed, and some answers that were offered in relation to these particular four problems.

Problem 1: Europe and / or the European Union

How to think about Europe without the EU? How to think about future without the EU as the only political project dominating the post-socialist horizon for the last twenty years? How to act when the EU was seen as the only possibility for a lasting peace and stability (in countries such as Bosnia) and as the only barrier to a rampant nationalism? In 2015 we were faced with these questions as never before. Many among us lost their hopes in the EU. First, there was the Greek crisis in summer when an enormous enthusiasm was destroyed by solutions imposed by the EU, ECB and IMF against the democratic will of Greek citizens. Then there was and still is the refugee crisis. Finally, there is a heavy security response to the terrorist attacks in Paris. Europe is now crisscrossed by the barbed wire and the Balkans feel even more isolated than before.

What should then be a progressive, left, anti-nationalist and anti-fascist response in this situation? It seems that two positions vis-à-vis this situation can be detected: the one rejecting the EU as a neoliberal project benefiting only the rich and only the most powerful countries, and the other claiming that the EU structures should be preserved and reformed. The first option does not offer any feasible alternative with realistic chances of being created soon on the (projected) ruins of the EU. It offers mostly visions, from a Balkan federation to a social and socialist Europe to be built from scratch. The other option, although critical of the current EU, sees a danger in destroying the EU, for Europe in general and especially for the Balkans. Regardless of these differences, both options are worried about nationalism.

Problem 2: Nationalism and the Recent Past

Nationalism in the EU and in the Balkans, especially in the post-Yugoslav states, keeps coming back to the table. Does a progressive left have an answer to contemporary nationalist movements from le Front National in France and ultra-nationalists in Ukraine, Poland and Hungary to the Balkan re-energized nationalisms? How can the left, especially the post-socialist and post-Yugoslav one, respond to the nationalist challenge? The force is to recognize that nationalism has been the major mobilizing force behind Balkan politics for 25-30 years and still mobilizes masses for a postmodern project of creating homogenous national states in which ethnonational ownership of the state in a possibly expended and ethnically cleansed territory will be coupled with an electoral democracy and neoliberal consumerist and individualist capitalism. This ideological cocktail has produced already so many victims (of both nationalist killings and capitalist ‘transition’), demolished middle class, impoverished working class and destroyed its political force, sold out the natural and economic resources, and created mass emigration. How is it possible then that the progressive forces are incapable of resisting effectively this reactionary tendency by offering social, political and economic alternatives? If these alternatives exist, what will be the subject that will promote them (and possibly implement them) and thus attract multitudes for a project of their own emancipation instead of their own destruction? Again, two general positions seem to be emerging on this point: the one neglects nationalism as ideology and concentrates on structural elements (political economy and political institutions) enabling nationalist politics to flourish; the second insists that besides the structural factors nationalism is the major hegemonic force that directly affects the chances of the left to emerge as significant political actor and thus has to be confronted on the field of cultural and intellectual hegemony as well.

The problem of nationalism is directly related to the problem of how to deal with the recent past, especially in Bosnia-Herzegovina. How to deal with destruction of lives and cities, war crimes, massacres or genocidal practices of destroying entire communities and thousands of individuals solely on the grounds of their ethno-national belonging? What should be the position of the left as opposed to, on one hand, liberal agenda of ‘facing the past’ via juridical institutions and NGO projects and, on the other, nationalist policies of either denial or exclusive victimization of their own group? In other words, how to discuss and promote the transformation of our societies according to a utopian socialist vision in the context when new mass graves keep popping up around us?

One can notice among leftist actors a profound malaise related to this issue. Does it come from the fact that mass crimes on ethnic basis represent a sinister monument to the defeat of the socialist project, especially in its Yugoslav version of brotherhood and unity? Or, it comes from the fact that human rights discourse and politics have been ‘occupied’ by liberals and the right-wing centrists and are thus to be avoided or constantly deconstructed? Can the cause for this anxiety be found in the fact that ‘human rights’ and ‘genocide’ are often used instrumentally for justifying foreign interventions and imperialist policies across the globe? Can we separate the facts from their political manipulations? Can we denounce these manipulations without avoiding and, even worse, negating forensically established facts about mass crimes?

In relation to this problem, there is, however, a strong position emerging across the former Yugoslavia modeled on the anti-fascist struggle. It can be summarized in the following way: there was never anything like ‘ethnic hatred’ or ‘ethnic war’ but criminal oligarchies organizing killings for their own political and economic benefits. Perpetrators must be punished, no matter who they are. Their crimes must be exposed and justice must be brought to their victims. However, not forgetting the past does not mean that we cannot build a different future. It means precisely that by remembering we fight against the destructive nature of nationalism and fascism, especially when they oil the capitalist machine as they did in the former Yugoslavia. Only the left thus—unlike liberal and neoliberal apology of inequalities—can offer a constructive answer through its struggle for a society in which human rights can be fully enjoyed by all based on socio-economic equality and true democracy.

Problem 3: Socialism – Its (Yugoslav) Past and its (Post-Yugoslav) Future

If the left truly had the answer back in 1941-45, is this really the case today? Communists brought their vision to being by defeating the Nazis, their local collaborators, liberating the country and constructing a socialist society. How that past can help us to find a way out of the present situation and build a 21st-century socialism in the Balkans? Socialist Yugoslavia (not the inter-war one!) keeps coming back. For nationalists and right-wing reactionaries, it is a specter they fight every day through their ‘ideological apparatuses’ ranging from religious institutions, the media or the recent wave of rehabilitations of fascist leaders and movements across the region. For many leftists today, anti-fascist struggle and the Yugoslav socialist self-management remain an inspiration. Let there be no doubt: they reject commodified folkloric yugo-nostalgia! Instead of politically impotent gaze towards ‘better past’, they want back what was achieved during that period (and then destroyed in post-socialist capitalism). To sum up: no to a Leninist monolith party, a personality cult or stalinist practices; yes to free education, free health care and free housing for all; yes to workers’ ownership and self-management. And also, yes to open borders and solidarity among peoples and groups. And thus, yes, to inter-national and regional associations of various kinds (which brings us back to the problem 1 of the form of contemporary internationalist mobilizations in the Balkans and Europe).

Problem 4: What is to be done?

The eternal question keeps being asked time and again: what is to be done? What can be done at all? All these ‘yes’ and ‘no’ amount finally to very heterogeneous and pluralist political positions in which we can find individuals of various political stripes and of often confused ideological views. They range from left liberalism (more social content to liberal procedures and institutions; rights for women, LGBTQ groups or ethnic minorities), social democracy (state intervention into capitalist economy; more distribution), socialism (state ownership; more effective distribution of wealth), eco-socialism (awareness that capitalism will bring destruction of the environment in which we live and thus has to be opposed by creation of ecologically-aware equal society), neo-communism (true emancipation avoiding mistakes of state socialism in creating a society of equal and free individuals who owns their means of production and enjoy freely common goods and wealth), and, finally, anarchism (distrust of institutions; creation of autonomous associations against capitalist exploitation). It is clear that all these political options cannot easily find a common denominator, let alone resolve the question of political organization and work. And this question, especially after the plenum movement in Bosnia-Herzegovina, is one of the leitmotivs of all gatherings such as Open University. Two positions crystallizes here as well: the one, disappointed by the defeat of Syriza and a de-radicalization of Podemos, advocates the return to horizontality; the other, in spite of these cases, calls for formation of political organization—a structured movement or a democratized party—that can effectively influence our societies and politics.

To conclude, the purpose of this report is to bring to the fore these four major problems that, in our view, all left-leaning, progressive and radical left forces face today in Bosnia-Herzegovina and in the post-Yugoslav region. These discussions, debates and polemics naturally resemble many similar gatherings almost everywhere in Europe and beyond. However, the local context, both post-socialist and post-conflict, necessarily adds an additional and complex burden for the emancipatory left (as exemplified by problems 2 and 3). Its actors—movements, organizations, groups, parties and individuals—will have to deal with and potentially resolve these problems if they are to construct themselves as effective, strong and successful political subject not afraid of future.

The fifth edition of Open University will take place in Sarajevo between the 24th and the 27th of November 2016.