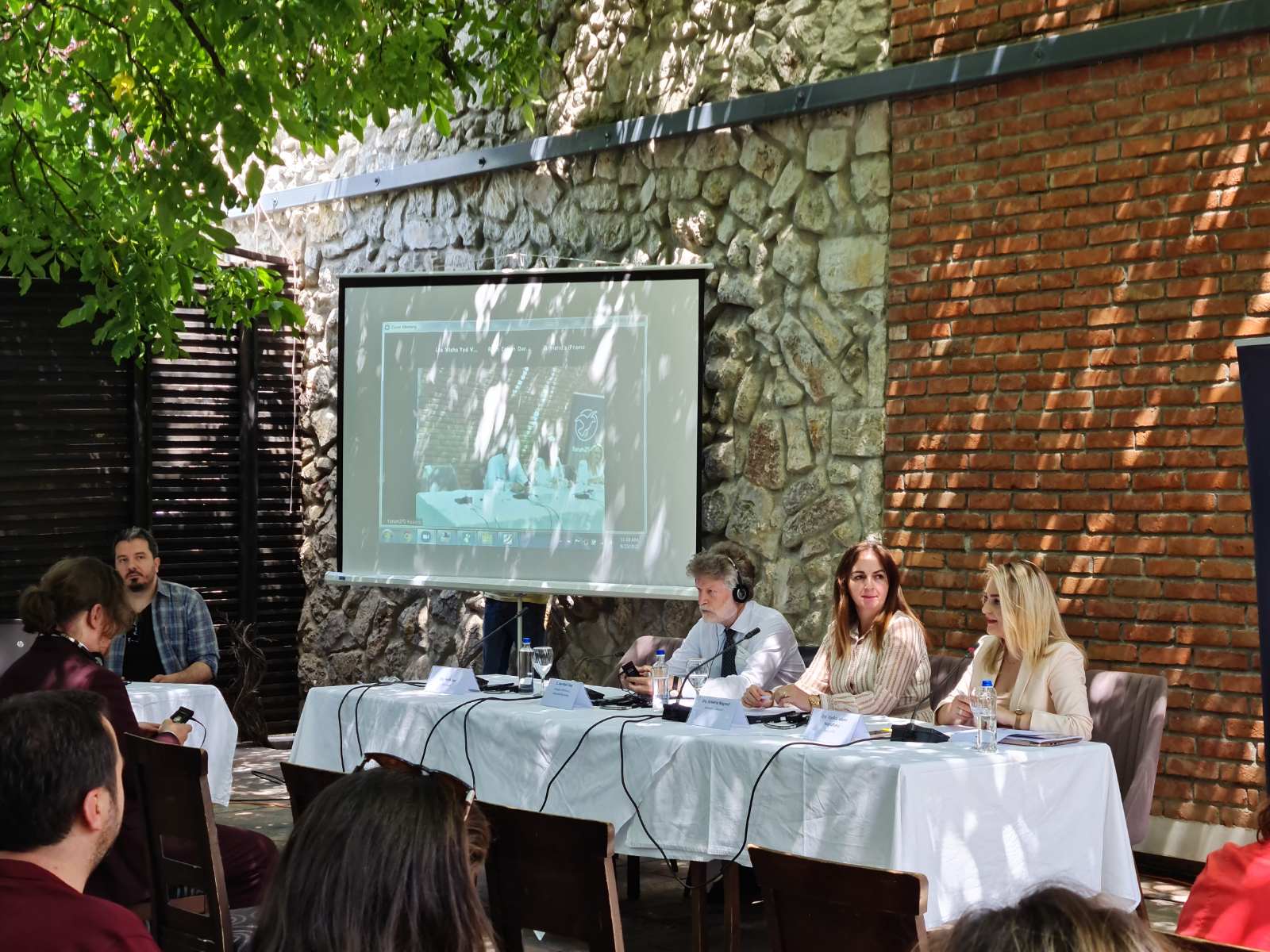 Promotion of the “Handbook for teaching Holocaust”

On the 23rd of June 2021, forumZFD- Kosovo Program together with Kosovo History Teachers Association held an event to promote the “Handbook for teaching Holocaust”.

In 2015, the Ministry of Education and Science in Kosovo approached forumZFD with the request to cooperate on improving Holocaust Education in Kosovo. The Kosovo History Teachers Association was involved in the project. Its members participated in a training at Yad Vashem (Israel) and a number of workshops organized in the following years in cooperation with Yad Vashem, the Center for Historical Research of the Polish Academy of Sciences in Berlin, New Perspektiva, and the Haus der Wannseekonferenz in Berlin. The United States Holocaust Memorial Museum also provided support for this project. As a result, the participants increased their knowledge about the Holocaust and their capacities in textbook writing were initiated. With the aim of creating teacher friendly suitable material, the original plan of writing a textbook chapter was subsequently moved towards the development of lesson plans.

This publication on Holocaust Education is intended to be used by history teachers in Kosovo as a supplementary, good quality teaching resource. The lesson plans form a resource for history teachers in lower and upper secondary education. In accordance with the Framework Curricula adopted by the Ministry of Education and Science in Kosovo (2016), the three lesson plans target students of IX and XII grade, as the topic of the Holocaust is covered at those stages of the educational process. With this handbook we are aiming to contribute to the advancement of Holocaust Education in Kosovo.