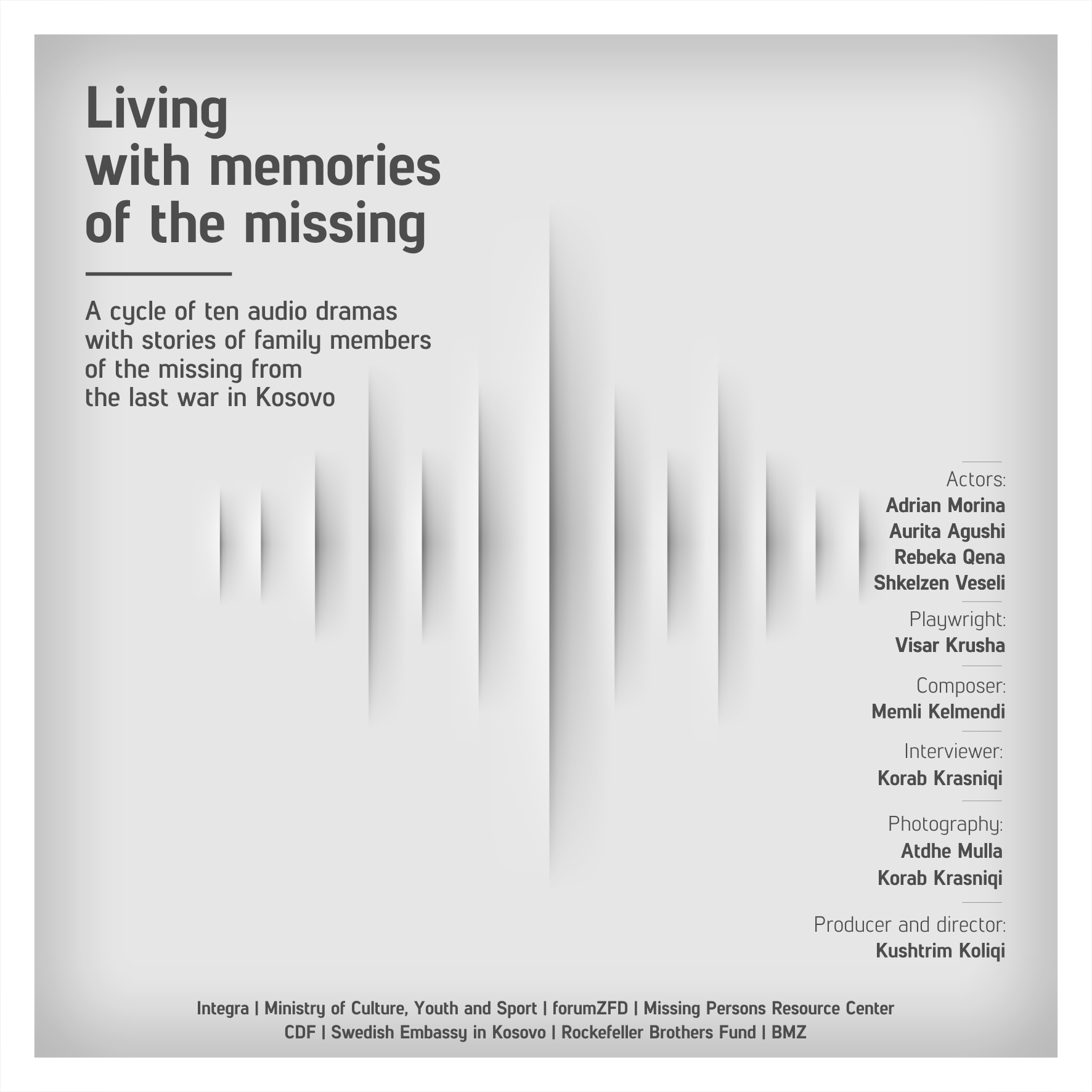 Apart from human and material losses, deportation and displacement, extortion, rape and torture, the recent war recorded a high number of forcefully disappeared. According to the ‘Kosovo Memory Book’ of the Humanitarian Law Center, from 1 January 1998 to 31 December 2000, 13,535 people were killed and or went missing. The data provided by the International Committee of the Red Cross show that by the end of the war, 6,063 people were reported missing.

Although more than 70% of reported cases of missing persons have been identified and bodily remains handed over to family members for (re) burial, perpetrators of criminal offences remain at large, while a process that guarantees justice and accountability remains but a desire. In the context of transitional justice, the international humanitarian law and international human rights law guarantee families the right to know (the truth) about the fate of their loved ones. On the other hand, family members to whom the bodily remains of the loved ones have been returned, need a more explicit approach to legal and social justice and collective memory.

The ten-audio-drama cycle unfold stories of ten families, with a total of thirty-three members missing from the war. Narratives in audio drama articulate the agony in which these families live and their powerlessness to learn about the fate of their loved ones. Here are narrated stories of missing children, young people, women and men, forensic and investigative difficulties, stories of war and survival efforts, stories of resilience and coping with trauma, and more.

This initiative aims to vocalize family members and their calls for shedding light to the fate of the wartime missing. Also, the purpose of this initiative is to support the families of the missing in a process that guarantees them the right to know and the status of witnesses, as well as their participation in shaping the collective memory.

From 24 February 2021, on five consecutive Saturdays, Kanal10 is now broadcasting ten audio dramas by using the format of a video narration.

For more information visit the “Living with Memories of the Missing” website here.