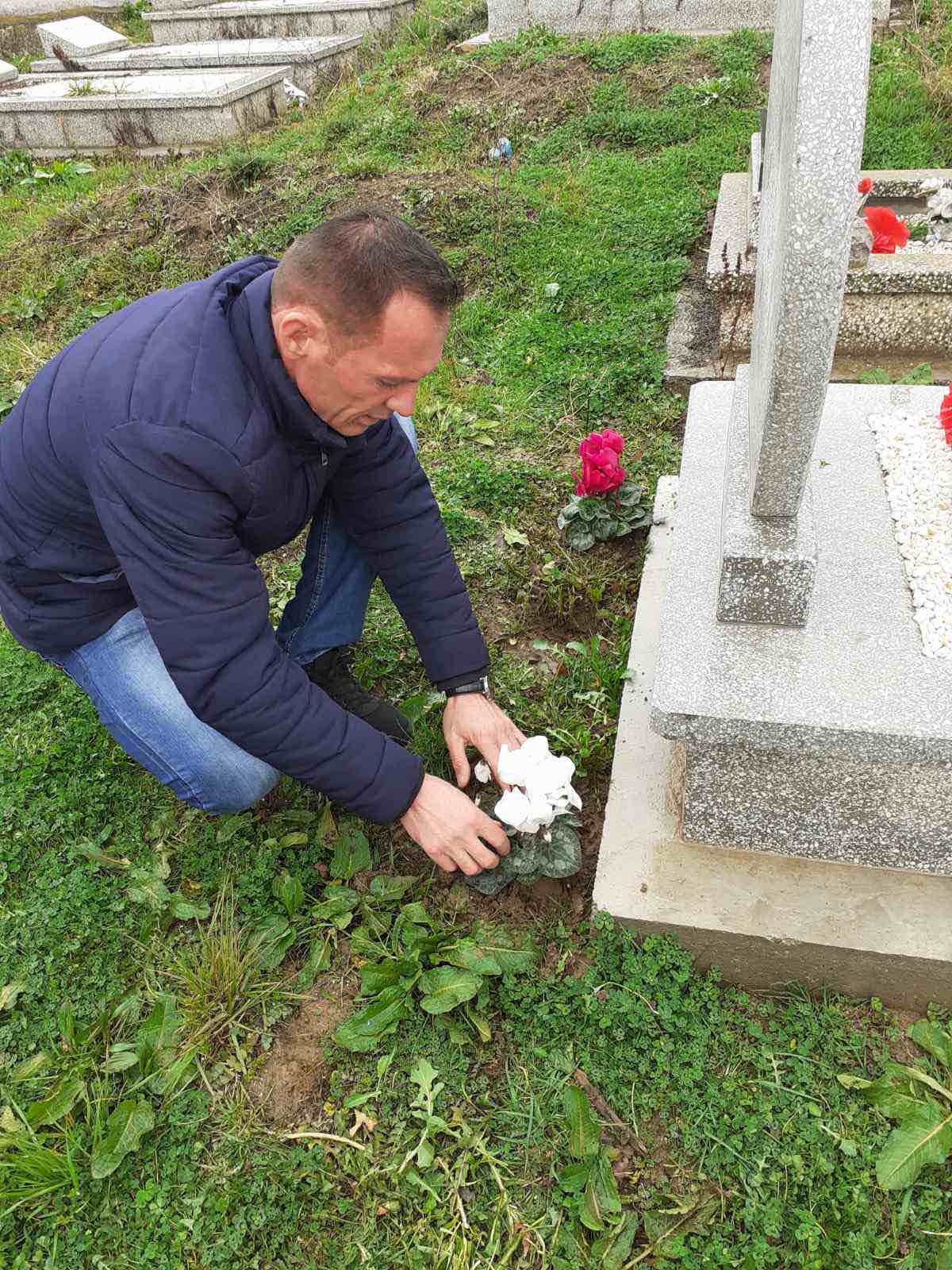 Many families in Kosovo are going through the revival of the pain and shock when they realize that their closed ones murdered during the war have been erroneously identified before being buried.

For more than two decades, ever since he lost his father and his five brothers in the massacre of Krusha e Vogël in Prizren, Flurim Hajdari is going through the saga of identifications, burials, and exhumations.

At noon on 26 March 1999, his father Halim and his five brothers: Selajdin, Rasim, Nazim, Vesel and the youngest, the 12-year-old Mursel, were taken along with 104 other residents and were murdered and burned inside a house in the village. Since then, almost everyone has had more than one funeral.

In July 1999, his brothers Selajdin, Nazim and Rasim were found in a mass grave in Lubizhdë village in Prizren. Flurim says it was easy for him to identify them.

“The bodies in the morgue had remained unspoilt. Each of my three brothers had a single bullet on the head,” says Flurim.

In 2015, the forensic teams arrived at the graveyard and started the exhumation, although everyone but Rasim were identified through the DNA method, and the family believed this to be a closed case.

Flurim says the family had not even been informed that exhumation was being conducted due to errors.

“When I went to the graveyard, the police did not allow me to get close. Although I had the DNA documents, the police threatened to arrest me. Then, they took from me the documents issued by UNMIK and gave me some other instead bearing the EULEX stamp. It was absurd,” says Hajdari.

Just like Flurim, many other families in Kosovo are still experiencing the revival of pain and shock when they realize that their family members murdered during the war had been erroneously identified, even in cases when the remains were identified through a DNA analysis.

Re-opening the graves has outraged people and increased the disbelief. The exhumation was conducted in search of identifying the other brother, Vesel, who is still missing. Three months following the exhumation, from the same remains inside the graves of Selajdin and Rasim, six other persons murdered in the massacre of Krusha e Vogël were identified.

As a result of burying the murdered ones, identifying them based on clothes or other items, the degree of erroneous identification is believed to be 15 to 20%.

The Head of the Forensic Institute of Kosovo, Arsim Gërxhaliu, said that errors in identification occurred mainly from 1999 until 2002, when over 6,000 murdered people were buried based on identification of classic methods rather than the DNA analysis.

“The tests made so far have indicated that the rate of erroneous identifications is quite high. This is a big challenge ahead of us and we need to find a solution for it,” says Gërxhaliu.

Between 1999 and 2001, the teams of the International Criminal Tribunal for former Yugoslavia searched more than 150 mass graves and exhumed the mortal remains of 4,019 persons, searching for evidence for the war crime indictments.

At the same time, the families of the victims buried some 2,000 other persons, identifying them based on clothes, i.e., without a DNA analysis. This went on until 2003 when the International Committee for Missing Persons (ICMP), an intra-governmental organization with its seat in The Hague, signed an agreement with the UN Mission in Kosovo (UNMIK) to use DNA as the first line of identification. Ever since, the ICMP has used the DNA method to identify over 2,540 victims who were murdered and went missing.

However, the remains of 400 persons at the morgue in Prishtina do not match any of the blood samples from the family members of the missing persons.

It takes over 20,000 blood samples to correct errors

The ICMP has proposed to the Government of Kosovo and the family members of the missing persons to consider the possibility of collecting blood samples from members of families whose relatives were buried without being identified through DNA. According to the ICMP, this would reveal misidentifications that occurred before the process of DNA identification and can help in identifying some of the unidentified mortal remains at the morgue of Prishtina.

Correcting potential errors means that over 20,000 blood samples must be obtained from victims’ relatives.

According to the Missing Persons Unit of the EU Mission for the Rule of Law (EULEX) “the cases of erroneous identification constitute up to 16 percent of all missing persons so far”, an estimation indicating that the errors which occurred from 1999 to 2002 continue to influence the process of searching for 1,653 missing persons.

The Governmental Committee for Missing Persons has reiterated that the cases shall be dealt with step by step and that the collaboration of families i needed for this complex process.

Kosovo is also faced with a lack of exhumation experts, especially experts of forensic archaeology.

The UN Human Rights Advisory Panel (HRAP) found in a report of 2017 that “UNMIK investigation into the disappearances failed to achieve the minimum standard of an effective investigation as required by the international and European standards on human rights.”

Some 2,000 case files on missing persons classified as war crimes and crimes against mankind are currently with the Kosovo Special Prosecutor’s Office.

Nonetheless, the errors of identification, as is the case of the Hajdari family from Krusha e Vogël have rendered the family members of victims doubtful whether they have truly buried the remains of their family members.

“Once they said it was Selajdin, then it was not Rasim but Nazim. We have lost our trust. We are no longer sure whether we have buried our family members,” says Flurim.