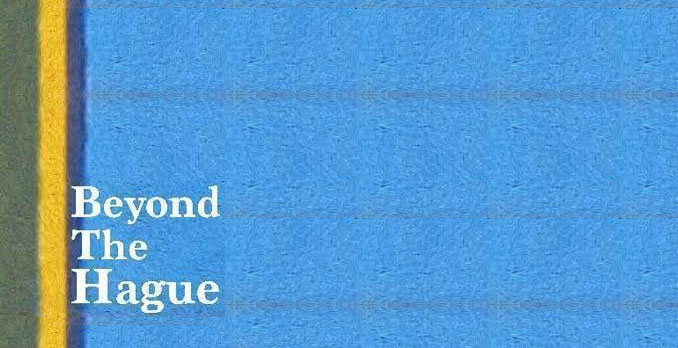 Reparations and Assistance for Victims: What’s the Difference?

In March 2015, the Appeals Chamber of the International Criminal Court issued its first-ever judgment on reparations, in the Thomas Lubanga Dyilo case, confirming the Court’s historic commitment to moving beyond retributive justice for victims of the gravest crimes. At the same time, it urged the Court’s Trust Fund for Victims (TFV) to issue assistance measures to victims who fall outside the scope of victimization determined at trial [Reparations Judgment, para. 215]. The use of assistance to complement, fill in, or expand reparations programs is both novel and increasing in international law and transitional justice, yet there is little research focused specifically on their combination.

In my paper in the forthcoming special issue on victims in the International Journal of Transitional Justice, edited by Juan Mendez, I present two contemporary examples where reparations and assistance are being combined for victims of grave crimes: the ICC’s forthcoming reparations awards in the Democratic Republic of the Congo [see here and here] and Colombia’s recent reparations program – Law 1448 – for victims of its armed conflict.

The relationship between ‘reparations’ and ‘assistance’ exposes fundamental tensions at the heart of transitional justice: between inclusive and exclusive approaches to reparative justice; between the legal strictures of redress and the complex realities of violence; and, ultimately, between the supposed symbolic power of reparative justice and victims’ experience of reparations in practice. While scholars and practitioners often assume that reparations and assistance are clearly distinct, their combination suggests otherwise. Both the ICC and Colombian cases highlight that the line between reparations and assistance can become blurry in practice. They can look similar in form, have similar impacts, be distributed through similar processes and, I argue, impart similar notions of responsibility and recognition to victims of grave crimes and gross violations of human rights.

In their narrowest definition, reparations are measures provided by a wrongdoing party out of obligation to redress the harm caused to an injured party [for more, start with this book from REDRESS or this paper by Luke Moffett]. While often conflated with financial compensation, reparations can take any number of forms, from cash to goods and services, and can be material, symbolic, individual or collective. Recognizing that reparations do not always have to be provided by the actual wrongdoing party, REDRESS defines the term as:

the range of measures that may be taken in response to an actual or threatened violation; embracing both the substance of relief as well as the procedure through which it may be obtained.

Assistance, on the other hand, is a broader term that can refer to any number of measures provided in response not to injuries, but to needs, and can stem from development projects, humanitarian relief, aid initiatives, state subsidies and more. I use the term more selectively to refer only to those assistance measures that originate from the same source as reparations and target the same general categories of victims of grave crimes and gross violations – that is, where assistance is used as a transitional justice strategy itself alongside reparations.

Both at the ICC and in Colombia’s reparations program, victims can access assistance measures alongside reparations. The ICC’s TFV has reparations and assistance mandates. In Colombia, victims have a right to ‘comprehensive reparations’ as well as ‘humanitarian aid’ [art. 47], ‘assistance’, and ‘care’ [art. 49]. In the paper, I refer collectively to the latter three as ‘assistance’. The ICC’s work in the DRC and Colombia’s reparations program are valuable cases to interrogate this scenario because they represent quite different legal models and contexts and can illuminate critical differences in contemporary approaches to implementing reparations. Where the ICC is based on individual criminal responsibility, Colombia’s program is based on state responsibility. And while the Ituri war was a brutal and deadly conflict, it is nowhere near the same scale as in Colombia, where almost 16% of the national population (7.6 million people) have already been registered as victims of the 60-year armed conflict, according to the Victims’ Unit, which administers the program.

There are five available frameworks to elaborate the differences between reparations and assistance in transitional justice programs and scholarship. These generally focus on the unique aspects of reparations that set them apart from ‘mere’ assistance:

Yet, each of these frameworks has notable shortcomings when it comes to distinguishing between reparations and assistance in practice. While I fully cite all of these in the paper, suffice it to say here that there is a rich literature available for those interested in learning more. I suggest starting with the ICTJ and IJTJ, as well as the aforementioned resources by REDRESS and Moffett.

The element of responsibility in Colombia’s Law 1448 is for victims’ well-being and redress, not for the acts they suffered. While Law 1448 includes victims of the state, marking an important difference from previous reparations programs in Colombia, it does not recognize the state’s culpability in directly or indirectly perpetrating or allowing acts of violence. Instead, it is based on the principle of ‘subsidiarity’ [Basic Principles, art. 16]. At the ICC, the principle of subsidiarity suggests that the TFV can fund reparations awards where the convicted person is indigent, as in the case of Mr. Lubanga. Here, the Court faces the challenge of distinguishing reparations from assistance when the two are funded with money from the same entity.

In practice, recognition can mean different things and does not always mark the distinction from assistance so clearly. In Colombia, the state has recognized victims’ suffering and confirmed their right to reparation, but does not recognize them as victims of particular actors. The assistance and reparations measures provided them stem from the same original act of recognition. At the ICC, victims will receive the recognition of a reparations award that was ordered against Lubanga for only a relatively small set of crimes compared to the full extent of what they likely suffered. Furthermore, assistance from the TFV could also be experienced by victims as a form of recognition. This is an especially relevant risk in light of the Appeals Chamber’s remarkable finding that

the meaningfulness of reparation programmes with respect to a community may depend on inclusion of all its members, irrespective of their link with the crimes for which Mr Lubanga was found guilty. [Reparations Judgment, para. 215]

In practice, the provision of reparations and the provision of assistance can also stem from similar or identical processes. In Colombia, victims are included in the Victims’ Registry through the same declaration and validation process. At the ICC, reparations and assistance measures could ultimately be implemented by the same or similar organizations, especially since the TFV’s implementing partners for its assistance projects already have extensive experience working with vulnerable populations [see the TFV’s Programme Progress Reports for more details].

Finally, reparations and assistance are expected to differ in their ultimate impacts, with the former assumed to impart a more transformative effect. Ultimately, however, there is very little empirical evidence to back up this assumption. Given the practical shortcomings of the principles of responsibility, recognition, process and form presented above, such differences in impact are difficult to predict, especially if victims themselves do not clearly understand the difference. Rather, more research is needed on this question, particularly on how beneficiaries’ consciousness influences their experience of the reparative justice process.

Reparations in Colombia and at the ICC show how the legal and theoretical frameworks that distinguish reparations from assistance do not necessarily hold up in practice, in both state-based and international criminal programs. My intent, however, is not only to point out challenges but also to propose models and strategies to respond to them, since reparations and assistance are combined for very good reason. In the paper, I describe three ‘ideal-typical’ models available across both the Colombian and ICC reparations programs.

Colombia has adopted what I call a subsistence model, where assistance is seen to help victims achieve a more stable situation so they can fully benefit from reparations. This is similar to a second approach, the interim relief model, where assistance is used to respond to victims’ immediate needs as they wait for reparations. The differences between subsistence and interim relief are subtle but important. They have different goals, entail different processes, and are based on different assumptions about how reparations work and why assistance is necessary. Where the subsistence model assumes that victims need a stable life situation in order to fully benefit from reparations, the interim relief approach sees assistance as necessary because of the length and complexity of reparations processes. While a model for interim relief can be extrapolated from the ICC’s broader victims’ regime, it is not currently being implemented by the Court or TFV – a point I develop further in the paper.

Rather, the ICC seems to have adopted what I call a Swiss cheese model, where assistance is used to fill in the holes of a legally restricted reparations process. Here, the Appeals Chamber has implied that such an approach may demand a blurring of the lines between reparations and assistance so that more community members feel included. I expand on this point further in the paper and will cover it in more depth in a subsequent post here.

These three models constitute the main forms that reparations and assistance take in contemporary programs that combine them. While the subsistence model is applicable only to domestic reparations programs, the interim relief and Swiss cheese models could apply to both domestic and international criminal jurisdictions. Depending on these contexts, each model has important implications for how the relationship between reparations and assistance should be clarified and communicated to victims according to the principles of responsibility, recognition, process, form and impact. However this relationship is conceived and however the two measures are implemented in practice, it is essential that the institutions and organizations providing them reflect consciously and carefully about the theories, models and assumptions they are working with. Ultimately, this will help judicial and state-based institutions manage the similarities and differences between reparations and assistance and communicate effectively to victims about them.