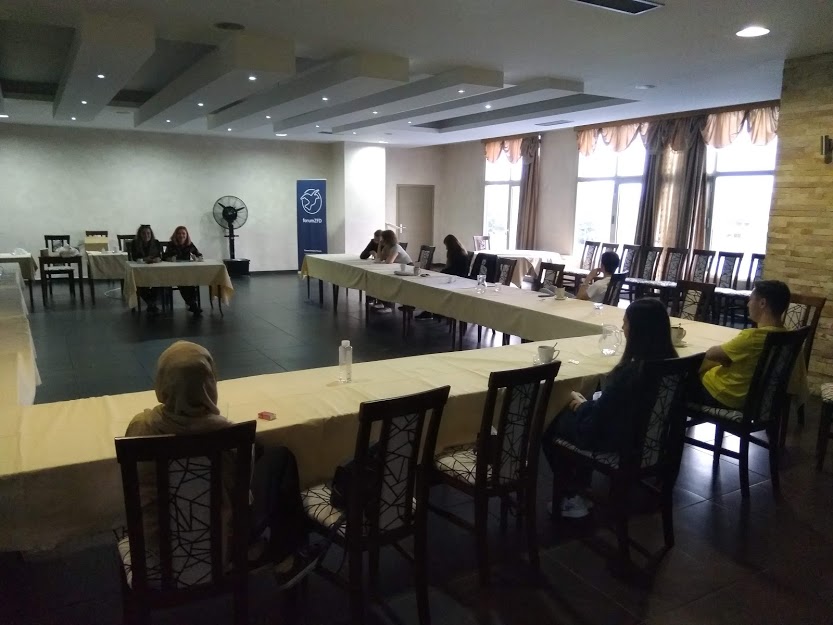 Reconciliation Ambassador in Project of Peacebuilding

I still remember the Youth Summit in September of 2017. I went there not expecting anything, but I became an ambassador. ReGeneration is a USAID project implemented by International Republican Institute (IRI) and Magacin Kabare from Sarajevo. Ten young ambassadors from different towns in Bosnia-Herzegovina were travelling together searching for narratives of the war victims, veterans, religious leaders, politicians, young people.

It was as interesting for me to hear stories about Prijedor municipality in 2020 and as it had been when I was part of the ReGeneration programme. Many people in Prijedor mentioned Sudbin Musićwho who is still working on peacebuilding. He told us during the filming of ReGeneration about the football club “Sloboda-Bišćani” and that most of its players were killed in 1992. He told us how he found his father’s remains in the family well. He told us how the remains of his four best friends were exhumated from the Tomašica mass grave in 2013. Many war victims also mentioned the Omarska camp, but this was my first time visiting that place and I had that feeling again: war victims’ stories are not easy to listen to, but when you actually visit the former camp it becomes a completely different story. You can still feel the death and fear even if it existed 28 years ago.

I will never understand how people were capable of doing those terrible things in Omarska and Trnopolje concentration camps. I can’t accept the propaganda being responsible for acts of monstrosity committed during the war.

But I have noticed the same thing during POP 2019, POP 2020 and the ReGeneration project: people who survived the war and crimes committed by the perpetrators from other ethnic groups don’t hate. But there are people who still spread hatred among their children, just for those children to become the same, and that is the biggest problem here. We can eradicate hatred only if we stop transferring our hatred to the next generation. Unfortunately, my feeling is that most people who spread hatred in this country will not have the opportunity to visit the places we did and hear the stories of people who had gone through horrible things. But their children will and after such programmes the hatred of their elders can’t remain as strongly embedded in those children. That’s why it is important for young people to be part of youth activism and participate in such programmes.

I still feel I am the reconciliation ambassador, and after POP 2019 when I was a participant I improved my knowledge, and I hope that ReGeneration movies should be seen everywhere. Most Mira and ReGeneration projects are so connected. I was so happy when Kemal invited me to be a facilitator in this year’s programme. I came to screen ReGeneration and see how the participants react to it. I was glad that they liked the film and I hope that its message will remain in their memory.