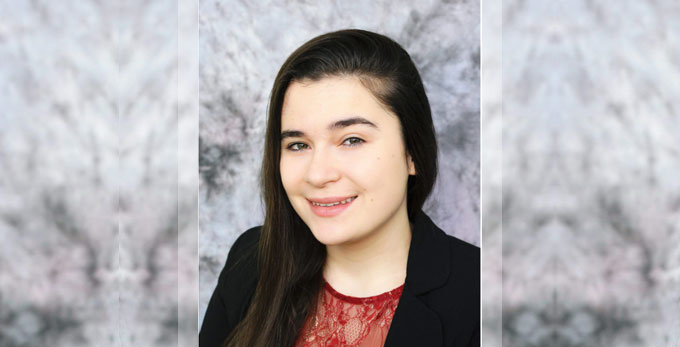 Amela Nevaljalović: Reflection on Dealing with the Past "In youth eyes program 2020"

With this year's COVID19 pandemic outbreak, many things changed around the world. Its impact can be noticed in world economies, tourism statistics, etc. But what had suffered the most in my opinion were arts. Without saying, in that category deservingly goes Sarajevo Film Festival who was supposed to be held in person but circumstances made it difficult to achieve. Of course, there wasn’t room for sorrow, thanks to the great advancement of technology which allowed us to enjoy the Festival this year as well. In a different format, that is.

I was quite honored to participate in this year's DwP 2020 program and as such I had a thrilling opportunity of exploring the world of conflict-themed and award-winning movies that actually are making a difference in our society today. The difference that can be seen mostly with newer generations who luckily did not have direct contact with war itself. Not the war with guns or grenades at least. Films of this year's festival were absolutely stunning and as a young person who is still finding her way in the world, having watched some of them impacted me more than I intended. For instance, film ''Painted bird'' which Is set in Eastern Europe upon the end of World War II is a must-watch that will leave everyone speechless and make you rethink everything you know up until watching this masterpiece. It truly is shivering and scary what a human mind can do and how evil, it can become with a simple recipe of 2 ingredients: ignorance and lack of empathy. Simple, yet quite true, isn't it?

On the other hand, another amazing film that taught me a lot about empathy and its highly needed presence in crucial times, (the opposite of what I wrote before) is Diary of Diana Budisavljević and thanks to the SFF and RYCO we had the chance of discussing the film and the story behind it with its director, Miss Dana Budisavljević. The 9-year making of this historically important film was definitely worth it, considering the fact that gatherings all the right information as well as footage was not an easy task. Especially when you have those few individuals or groups who just happens to not like the theme or what the message of the film actually is. All I know is that the actions of belated Mrs Budisavljević were incredibly brave and that we can learn a lot about resilience and being kind in not so kind times.

In the end, I must give all my gratitude to the Regional Youth Cooperation Office in Sarajevo, Forum ZFD, CRS, PRO – budućnost and last but not least Sarajevo Film Festival organizers. Without the work of these great organizations and individuals none of this would be possible and for that thank you. Hopefully next year DwP will be an even bigger event that we will have chance of participating live and together in beautiful City of Film – SARAJEVO.

Amela Nevaljalović (20) is currently pursuing her bachelor degree at the Department of Political science and international relations at the University of Istanbul. She loves movies and enjoys participating in seminars and trainings related to intercultural/multiethnical themes.