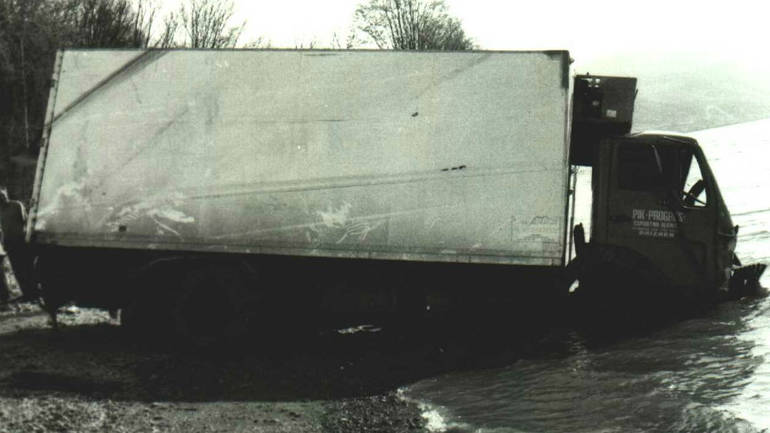 “New time” for the Missing from Kosovo

Twenty years after the war in Kosovo, over 1,600 people are still reported missing. They include more than 1,100 Kosovo Albanians, around 450 Serbs, and over 100 Bosniak and Roma victims. Today, a key obstacle to understanding their fates is the lack of political will to expose the truth about the state actions that led to the disappearance of thousands of civilians.

In March 1999, in an attempt to obstruct the investigation of the International Criminal Tribunal for the former Yugoslavia (ICTY), the leadership of the Republic of Serbia ordered the Serbian military and security services to remove evidence of war crimes committed by Serbian forces during the Kosovo war. Bodies were dug up and moved to Serbia in an attempt to cover up the mass killings of ethnic Albanians in Kosovo. The operations to find these bodies have, so far, resulted in the discovery of four mass graves in Serbia, which contained nearly 1,000 bodies of Kosovo Albanian victims.

A 2001 Serbian police investigation is the most obvious example of how, under the right conditions, a successful search for missing persons can be conducted. In just one month, three mass graves, containing the bodies of around 900 Kosovo Albanians, were discovered in Batajnica, Petrovo Selo and near Lake Perućac. Since then, only one other mass grave has been discovered in Serbia, in 2010, in Rudnica, near Raška. Here, the human remains of just over 50 persons were recovered.

Why was the 2001 investigation so effective? Because there was political will to dig into the past, literally. A working group, set up by the Serbian Ministry of Internal Affairs, questioned the right people during the investigation – those in their own ranks. Statements from police officers who were involved in moving the bodies reveal that they were being asked the right questions, which they answered honestly, aware that a “new time” had come. Based on the results of that investigation, we now know who prepared the bodies for transport, who transported them, who received them, who (re)buried them, and, most importantly, who was in charge of the operation.

That “new time” has now passed.

The wartime political and military elites of the 90s, including war criminals responsible for killing Kosovo Albanian civilians and hiding their bodies in mass graves, are now back in public office. The mainstream media is under their control, today referring to mass graves in Batajnica as “alleged”, for example.

The exhumation of the Rudnica mass grave illustrates the politics of today, our latest “new time”. When the mass grave was discovered (based on information from EULEX and not its own investigative bodies), Serbian officials exhumed the bodies, identified them and sent them to their families, without opening an investigation into who was responsible for their deaths and burial. The Humanitarian Law Center (HLC) then established that the victims found in Rudnica were murdered in four different crimes in the Drenica region. The HLC also found that, at the time of the crimes, this region was controlled by the 37th Army Brigade under the command of Ljubiša Diković, Chief of the General Staff of the Serbian Army at the time of the mass grave’s discovery. The entire “establishment” – the politicians in power, including the then president, the army, the war crimes prosecutor’s office, and the media – stood behind Diković.

It is highly likely that at least some of the remaining 1,000 missing Kosovo Albanian victims remain in undiscovered mass graves in Serbia. Moreover, we can assume that these secret graves are within or near military and police facilities, as was the case for most mass graves found thus far. State authorities, however, systematically block any attempts to find these victims, primarily by denying access to military and police archives, which contain information on the “sanitization of the terrain”, and by not prosecuting those responsible for war crimes.

The approximately 450 Serbs from Kosovo who remain missing represent the collateral damage from Serbian state policy that prioritizes the protection of individuals and the state structures responsible for war crimes over justice for victims, including Serbian victims. A consequence of the cross-border conflict in the former Yugoslavia is limited success in the search for missing persons, which requires collaboration between countries as information and victims themselves are located in different territories. Thus, a state, like Serbia, that isn’t interested in finding others’ victims cannot expect reciprocity in the search for its own.

It is evident that we won’t see progress in the search for the remaining missing victims, neither for Kosovo Albanians nor Serbs, until there is political will to do so. If that ever happens - if we see an investigation committed to searching for bodies and discovering new mass graves – it will be a clear sign that Serbia has reformed its military, police, judicial and political structures and is thus ready to join the European Union. Until then, we will continue to watch the televised warm receptions for war criminals returning from the Hague, the very people who murdered Kosovo Albanian civilians and moved their bodies from Kosovo to Serbia.

Milica Kostić is the former director of the legal program of the Humanitarian Law Center. She is the current program director for transitional justice at the International Coalition of Sites of Conscience.