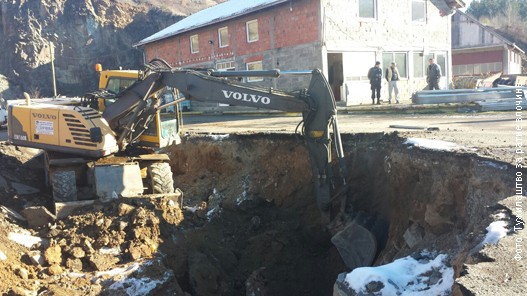 For the last ten years or so, the estimated number of persons still missing from the wars in the former Yugoslavia has remained between 10,000 and 12,0001. In other words, 70% of persons who went missing during the regional conflict have been accounted for2, according to data agreed upon by all former Yugoslav republics.

The International Commission on Missing Persons (ICMP) managed the majority of work on missing persons after the conflicts in the former Yugoslavia and, in doing so, helped solve the most missing persons cases ever recorded in modern world history3. In recent years, however, while the number of international (regional) organizations dealing with missing persons has exploded, the ICMP has focused more on work outside of the region. Now the task of solving missing persons cases has largely been left to the governments. (Personally speaking, it sounds like a plot from a horror film.)

All states in the region that are dealing with missing persons, more or less refer to the same obstacles that stand in the way of solving cases. Truth be told, I am not aware of any armed conflict ending with all victims being found. But this is 2019, and I wish to believe that further progress is possible.

Key problems identified include finding the graves, identifying the victims, and – since the responsibility has been taken over by state commissions – “the exchange of information relating to sites of common interest, as well as searching local and international archives to obtain new information” (see, for example, the statement of the Commission on Missing Persons of the Government of Serbia from June 7th, 2019). There is talk of morgues in Zagreb, Sarajevo, Tuzla, Prishtina, and, possibly, Belgrade, where bodies have been kept for years and, for various reasons, cannot be identified. This means that there are hundreds of bodies, a terrifyingly high number of bodies, lying there, waiting to be accounted for. The explanations for not solving these cases or identifying these bodies are numerous – a lack of comparable DNA is one. (There are more, but that would take us into forensics, for which there is no space here.)

I requested explanations, some years ago, from all relevant institutions in the region, using the Law on Free Access to Information of Public Importance. The key challenges cited by authorities in almost all Western Balkan countries, aside from the “usual” problems, were a lack of “capacity” and “funds”.

What surprised me most was the fact that there were, at that time, over one hundred mass graves mapped in Bosnia and Herzegovina, for which there was “no money” to dig. Croatia meticulously marked all graves (or gravesites, as the case may be) in its territory according to International Humanitarian Law and had photographs of all victims before burial. However, a number of gravesites in Croatia remain unexhumed. We can wager that these remaining uncovered gravesites are those with ethnic Serb victims. Croatia never hid the fact that its priority since the war was to uncover graves containing murdered Croats.

Here we come to a crucial problem for Serbia, that is, the Serbian institutions responsible for wartime civilian casualties. Is anyone from Serbia actually fighting to exhume and identify the people who remain in mass graves? Serbia's relationship towards its victims calls for a separate essay.

The “main person” in Serbia in charge of solving missing persons cases is Veljko Odalović. He began serving in Kosovo in 1987 and was the chief of Kosovo County (as it used to be called) from 1997 to 2001. In August 2011, I conducted an interview with him for the weekly newspaper NIN, where he stated that “September will be a very important month for missing persons,” as the authorities were supposedly preparing an investigation of targeted locations. Several months later – nothing new for those of us following the region. It was declared that they had dug up every inch of the land in question and had found nothing. In the NIN interview, he said that, as far as Serbia was concerned, all demands from Croatia had been addressed. Croatia still maintains, in all of its meetings with officials, that solving the problem of missing persons is the second or third condition for resolving outstanding issues in its relations with Serbia.

What happened a few years later, in 2012? After Odalović declared that everything that could be exhumed in Serbia had been, a gravesite was found in the foundations of a strange house. The house was built directly over a mass grave containing more than 250 bodies. If I remember correctly, Odalović spoke about this as fake news on several occasions. The house, not typical for Raška county, was half-finished. It was perfectly obvious that it was built to cover the evidence. The requests from the government in Prishtina, to review Rudnica in Raška, have been on Odalović's desk since 2004.

And what about Croatia? The mass graves that they insist exist, mainly around Osijek and Vukovar, could easily be discovered if any Serbian authorities wanted to. Former officers, generals, and those who know where they are, walk free in Serbia. Some spoke before the Hague Tribunal as protected witnesses, but only provided information about the system of arrests and killings, not about burial sites. The authorities in Serbia, especially the Serbian “deep state”, know very well where those who can find the unexhumed graves are and what they are doing.

There is little space for opening the extremely important question about registry records, which were taken by the Serbian army from all “lost” territories. After years and years of Odalović’s denial – the man is a professional, he was doing his job – the president of Serbia, Aleksandar Vučić, returned the registry records taken from the town of Dvor, during his visit to Croatia in 2018. Many Croatian citizens of Serb ethnicity lost their lives in Dvor.

Jelena Grujić Zindović is the founder of the organization Kardan, which deals with nurturing a culture of memory through art, media and science.