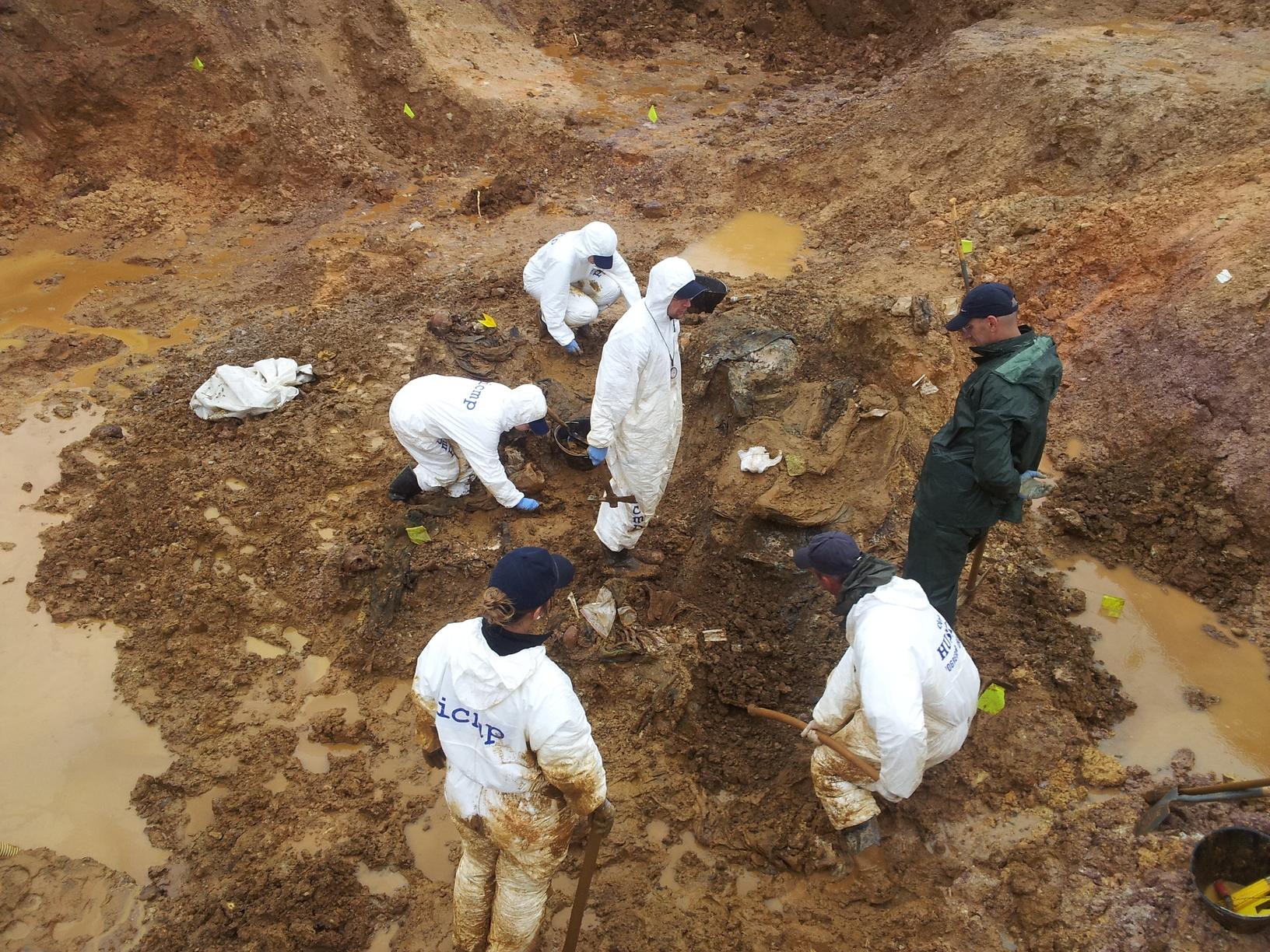 The challenges of searching for missing persons in Bosnia and Herzegovina

Around 35,000 people went missing during the war in Bosnia and Herzegovina. Most were civilians or soldiers who were captured and killed as victims of war crimes. Since the war ended, institutions in Bosnia and Herzegovina (BiH) have found and identified nearly 28,000 of the missing. This provided families with some clarity on the circumstances surrounding the disappearances, deaths and burials of their family members. The justice system was then able to prosecute those responsible for these crimes. According to the data from the Missing Persons Institute of Bosnia-Herzegovina (MPI), 80% of the missing have been found and identified but 7,000 people are still unaccounted for. Their families cannot find peace until they lay to rest the remains of their loved ones, which are still scattered in mass graves throughout the country. As these families slowly lose hope, trapped between expectation and reality, the institutions in charge of searching for the missing are increasingly struggling to obtain information that would lead to the discovery of mass grave sites.

Witnesses are growing fewer each day and many are inaccessible to the institutions in BiH. Often, information provided by witnesses is intentionally or unintentionally inaccurate, and documentation is unavailable. Institutions are spending hundreds of thousands of Bosnian marks to follow up each lead.

The Law on Missing Persons, one of the first laws of its kind in the world, has many advantages. However, it contains certain restrictions that prevent a more efficient search for missing persons. One is that the MPI investigators responsible for searching for the missing are given “modest” powers. Lacking the authority to enforce the law, investigators, when talking to potential witnesses, rely solely on their goodwill and readiness to cooperate. Witnesses have no legal obligation to share information with the investigators, no matter how crucial it may be to an investigation. Witnesses are often excavators, truck drivers, or direct perpetrators and therefore avoid talking about crimes to which they are linked. Rarely has a mass grave been uncovered thanks to a witness who, on their own volition, approached the institutions to provide information or to help.

Another restriction which I find to be an obstacle in the search for missing persons is Article 231a of the Criminal Code of BiH. Article 231a states that anyone who knows and fails to report the location of a mass grave shall be punished by imprisonment for up to three years. The aim of this article is to encourage those with information about mass graves to report this knowledge to the authorities. In practice, the article has been ineffectual and even problematic. No one has been prosecuted or convicted for this crime, because it is very difficult to prove someone's knowledge of a war crime without also proving that they were a perpetrator or accomplice to the crime. Moreover, Article 231a may have in fact undermined the aim of incentivizing witnesses to reveal information about mass graves. Individuals who might, with some financial compensation, be able to provide information that could lead to the discovery of a mass grave may be hesitant to do so if contacted by investigators or authorities from the State Investigation and Protection Agency (SIPA) or Prosecutor's Office, as this would incriminate the individual and demonstrate that they were previously in violation of the law. Because of this law, these institutions cannot provide money in exchange for information. Other non-public institutions or individuals/families who are able to offer a monetary award in exchange for information formally sign a legal agreement with the “executor” of the criminal offense.

These restrictions aside, there is still room for improving the process of searching for missing persons. We must direct resources toward DATA GATHERING and ANALYTICS in an effort to uncover the truth and find the remaining 7,000 missing persons. For every missing person, we should determine the circumstances surrounding their disappearance, including the precise or approximate time of disappearance and where they were last seen. In this regard, the help of their families is priceless. Families often have useful insights, as the families of missing persons were usually the last to see their loved ones. It could then be possible to group missing persons based on the area, date, and circumstances of their disappearances, as well as on demographic criteria including sex, age, appearance, etc. Opening the war archive and analyzing court rulings could help to determine the circumstances that preceded disappearances. It is also necessary to determine the circumstances and dates of disappearances of people from the same area who have already been found and identified. This information will help in identifying patterns of disappearances in particular areas. Mass graves have often been found near previously exhumed graves, which were dug in the same area during the same period of time. Once we collect, assemble, and analyze this data, we will be better able to identify people, accomplices or witnesses, who may know the locations or information leading to the discovery of mass graves. Witness hearings should be planned accordingly, and material documentation for the critical period (wartime working schedules, logbook for vehicles/machines, gasoline usage, etc.) should be prepared and used in these hearings.

Eldar Jahić is an investigator for the Prosecutor's Office in Sarajevo. He holds a Bachelor’s Degree in Criminology and a Master of Laws. He has worked at the Research and Documentation Center in Sarajevo, managing projects in the field of transitional justice and dealing with the past. Since 2010, he has been employed at the BiH Prosecutor's Office, where he worked first as an analyst and later as an investigator for the War Crimes Department. He has spent many years investigating war crimes and finding gravesites in the Prijedor area, while for the past five years he has investigated events and prosecuted those responsible for the genocide in Srebrenica. As an authorized representative of the BiH Prosecutor's Office, he has assisted in locating numerous graves and exhuming and identifying hundreds of individuals. He has worked on the gravesites at Tomašica and Jakarina Kosa in Prijedor, as well as Branjevo and Kozluk in the Zvornik area, where the victims murdered in Srebrenica in July 1995 were found.