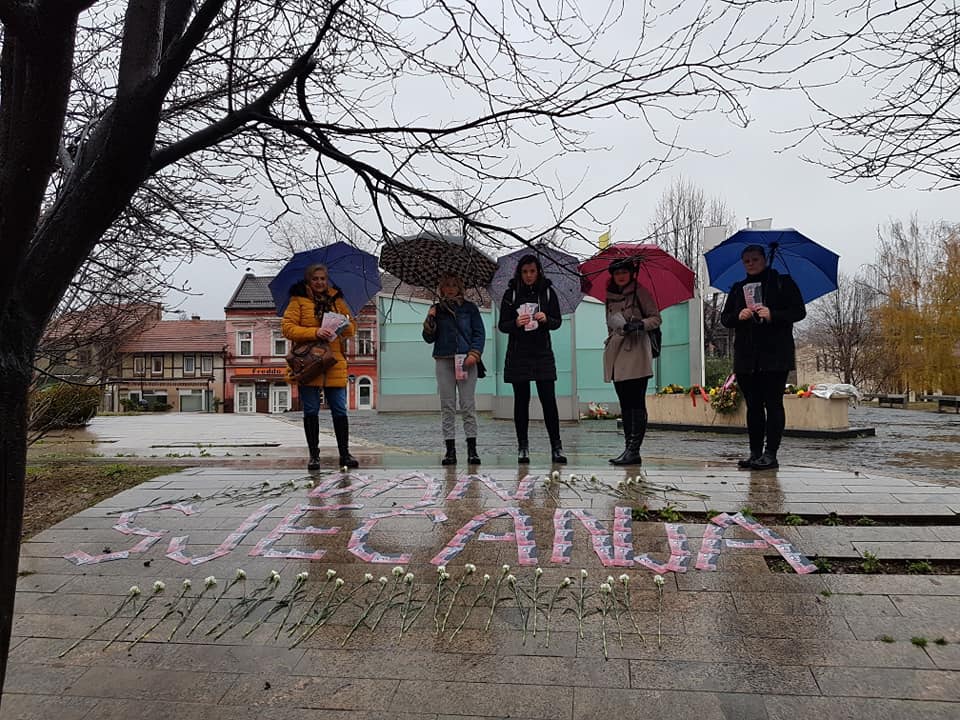 A brief history (an attempt) of the institutionalization of a memory

Author Zlatiborka Popov Momčinović recently published the book “Women in the process of reconciliation in Bosnia and Herzegovina: a challenge to gender roles, established (and new) narratives and performative practices with a focus on religion”. Pages of this publication are composed of the results of voluminous empirical research. I will particularly highlight one of those findings. According to the author, during in-depth interviews, some of the interviewees stated that “it is necessary to build monuments for all victims without an ethnical prefix” and that “there is no political will to construct a monument to a ’people‘ with a minority status numbers-wise in specific locations”. On a similar note, in his essay “Expressing the Inexpressible” Nerzuk Ćurak sees the construction of monuments of “own guilt”, which he sees possible “if we free our everyday life from the terror of history”, as the hope for the future. Even if deep ethno-nationalism divides us and the continuing pattern is to memorialize suffering exclusively within the confines of each community, far from taking any steps towards the ethics of responsibility, the informal marking of Day of Remembrance of Women Victims in the War in Bosnia and Hercegovina (BiH), gives a glimmer of hope that the impossible is still possible.

In other words, the unfinished story regarding the institutionalisation of this day is, at the same time encouraging the recognition of the efforts of activists, whilst discouraging support for the resistance to their efforts. Certainly, it would be worth discussing this resistance, and it could be argued that compromise was reached in the discussions held from September 2014 to January 2018. Therefore, the primary intent of the following text, based on the analysis of the minutes from sessions of the Commission for Gender Equality of House of Representatives of the BiH Parliamentary Assembly and the material deliberated during those sessions, accessible on the web page of the Parliament Assembly of BiH[1] is to present a historical background of the initiatives of female and male activists so far, in order to establish a Day of Remembrance of Women Victims in the War in BiH.

Now, activists from different cities in BiH mark the 8th of December as the informal Day of Remembrance of Women Victims in the War in BiH, as part of the global campaign: 16 days of activism against gender-based violence. This builds a completely different narrative of memory which is not one-sided. However, it should be taken into the account that, in regards to the sphere of civil society and informal political action, formal political actions builds masculine narratives of memory, not only ignoring specific war experiences of women, but often by skilfully manipulating the ethno-national rhetoric, which not only paralyses the peace-building process, but also often deepens the conflict.

In the autumn of 2014, 12 women’s organizations collaborated on the project “Peace with a Woman’s face - Women’s initiative for dealing with the past”. They obtained signatures of approximately 1,200 citizens, forwarded in a written initiative for the establishment of the Day of Remembrance of Women Victims in the War in BiH (hereinafter: the Initiative) to the Commission for the Realisation of Gender Equality in the House of representatives of the BiH Parliament Assembly (hereinafter: the Commission). This joint peace initiative is of importance at many levels. It gathers female and male activists from across all of BiH, who, as per the Initiative, state the fact that women are excluded from the process of memorialization and that “the total and individual suffering of women is not ‘marked’ in any way”. Such an initiative is a necessary precondition to justice, because it adds memorialization to the discourse on BiH citizens’ suffering during the civil war from 1992 until 1995 and includes a plurality of experiences.

By September 2015, an Amendment of the Initiative was submitted, proposing that the Day of Remembrance of Women Victims in the War in BiH should be on a “neutral date” - the 8th of December - which would not have the characteristics of national holiday but would be marked as part of the global campaign of 16 days of activism against gender based violence. Within the amendment, a detailed explanation is provided with a comprehensive history of this global campaign and its importance, clearly showing that the applicants endeavour to treat the memorialization of citizens with sensitivity. By choosing a neutral date, the applicants, as stated in the Amendment, wanted to elevate “the suffering of people (women and men) in the war” from the “generally politicized atmosphere” of the period between 1992-1995, to an evaluation of the “value of human rights and lives”. I believe that the importance of such an approach is that it is open to the inclusion of all different, personal, and painful experiences, and especially the marginalized experiences of women.

By the end of 2015, despite seemingly only needing to propose a concrete date for the Initiative, we understood, from the minutes of 7th Commission session, that the Amendment of the Initiative of women organizations in BiH was reviewed, and after two votes “for”, two “against” and one “restrained”, the Initiative was not accepted. Since the applicants were not given an explanation, only a notice that the Initiative was not accepted, symbolically – on the 8th of December 2016, they renewed their request and proposed the Commission hold a “thematic debate / session on the issue of gender aspect in war memorialization” in BiH, along with a fourteen page reasoning which was then subject to a discussion at the 12th session of the Commission. The proposal to hold a thematic debate was approved.

In July 2017, the round table “Gender aspects of war memorialization in BiH” was held in order to come up with an acceptable solution. Activist and feminist, Vildana Džekman, summarising the conclusions from the round table, stated that, among other things, it was agreed that the Commission “put the Initiative on the agenda of one of its upcoming sessions” with the aim that “the thematic session of the Commission should be scheduled no later than the 8th of December 2017”.

This article was published in the regional magazine Balkan.Perspectives number 11. The entire content of the magazine can be found on the link: http://www.dwp-balkan.org/cms_dwp/userfiles/file/11/BP_en.pdf