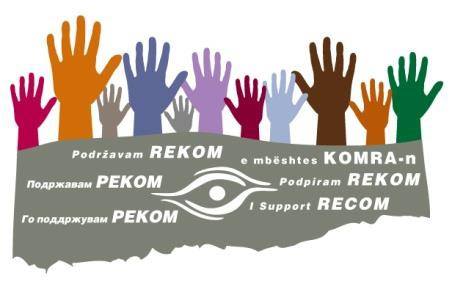 It is highly unlikely that critical narratives examining the past will find a fertile ground in the educational institutions of divided and isolated societies. In this respect, the textbooks are just the metaphorical tip of the iceberg.

When speaking of the processes of facing the past and reconciliation within the context of violent conflict, education is often accorded a major role. Educational practices and discourses have the ability to reproduce or widen existing social inequalities, or even to create new divisions. The introduction of textbooks which have painted a “purified” picture of nation’s participation in and responsibility for the war crimes perpetrated during the wars of the nineties, or the abolition of educational programmes and classes taught in minority languages, are just some of the examples found in the former Yugoslavia. Such moves are usually linked with a repressive politics that existed before, during and sometimes after the conflict itself.

Because of that, reconciliation programmes are often aimed at achieving formal equality within institutions or an equal representation of differing views in public discourses. Such an approach is based on the idea that a change of the public paradigm is the necessary first step in coming to terms with the past. In this particular case, the process of reconciliation is being led by the political and social elites which influence the shaping of public opinion. Similar to the “trickle-down theory” in economics, the assumption is that a change in the official narrative through the institutions, including those in the educational field, will, in time, bring about a change in public awareness – that is, lead the rest of the population to face its traumatic past.

Although the influence of formal discourses cannot be neglected, it is important that we understand that the causes and consequences of conflict, and thus the prosecution of those responsible, usually depends on a whole array of social and economic factors. It is highly unlikely that critical narratives examining the past will find a fertile ground in the educational institutions of divided and isolated societies. In this respect, the textbooks are just the metaphorical tip of the iceberg. It bears repeating that all educational institutions in Bosnia and Herzegovina, from elementary schools to universities, are ethnically segregated. The situation is similar in Kosovo, where this institutional segregation is virtually complete – just like in the nineties, there are in practice two parallel systems in existence. The universities in Macedonia also reflect its constitutional make-up, based on the division of political power between its two largest ethnic groups. Even in more ethnically homogenous communities, such as those found in parts of Serbia or Croatia, the presence of religious education in school curricula – a subject which, in its present format, segregates students according to their faith – stands as a lasting symbol of the impact of identity-based politics on the education system.

The institutionalization of divisions rooted in the legacy of the conflict fought in the former Yugoslavia does not end with education, but instead pervades other relationships and activities as well, such as employment, freedom of movement, family structure and the creation of informal social networks. It goes without saying that the political parties in all the successor-states are, by and large, made up of those who have profited in some way from the breakup of Yugoslavia. The transition from socialist self-governance to neoliberal capitalism has served to further degrade the stability and independence of social institutions. Such a context fosters political ideologies such as chauvinism and nationalism, and breeds fear of all that is different. What we must therefore ask ourselves is, not just how to change the content and the paradigm of education in the former Yugoslavia, but also – who profits from its staying the way it is?

These questions require critical analysis, not just of the responsibility for the crimes perpetrated during the conflict in the former Yugoslavia, but also of the economic and political legacy of its breakup. This is a huge challenge, which implies dialogue between the different parts of society in each successor-state. Educational institutions, universities and science institutes in particular, can play a potentially major role in establishing such a dialogue. This implies, first and foremost, an agreement on what its rules and goals are – which Habermas considered a crucial element in the development of the public sphere. For as long as there is no such agreement in place, deliberations on contemporary history will remain fragmented along the lines of ideological affiliation or political belief. Education based on such interpretations of the past thus continues to serve as an instrument of the proliferation of the same (or at least similar) divisions which shaped the dynamics of the conflict following the breakup of the former Yugoslavia, rather than as a motor of change.

This, of course, does not mean that every change in education requires the whole social structure to be changed beforehand, but it does mean that these two elements go hand in hand. Although this change is very likely to be gradual, it is far more important to ensure that it is permanent. In the end, the educational narratives we are dealing with might brush up against the past, but they concern the future.