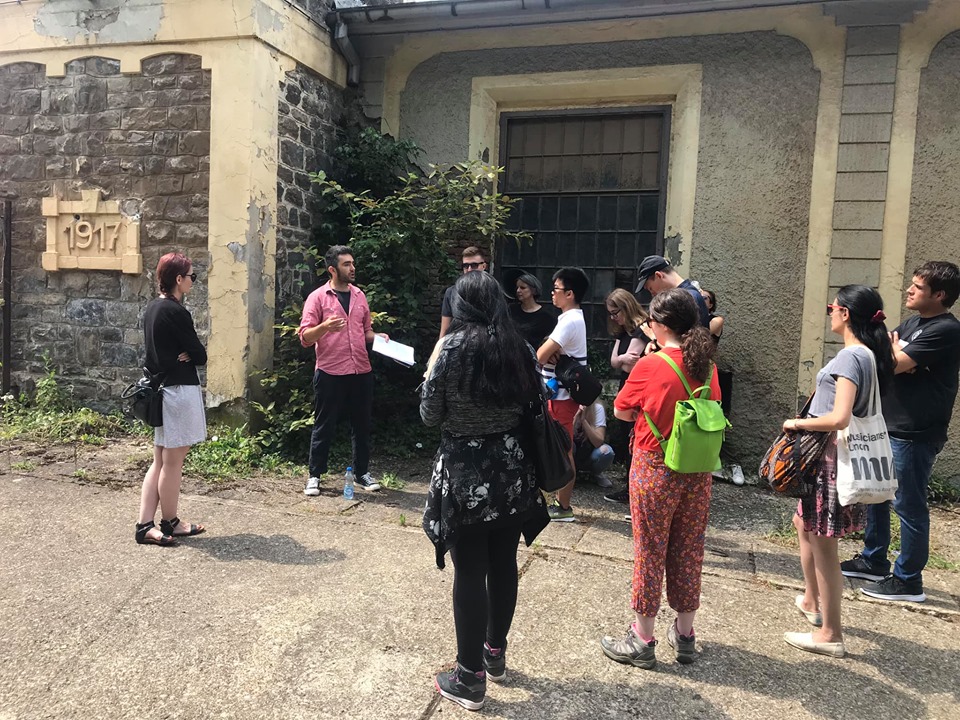 On the second day of the project we went to Ljubija to see the once great city, which is now mostly abandoned. It is astonishing to think that Ljubija was once the cultural capital of the region and a much larger city than Prijedor. Zoran Vuckovac took us on a tour through the city while explaining the history of the mining community. Mining in the area goes back more than 100 years and was at the core of the economy in Ljubija. The mine has never been active after the war and the community has never recovered.

Zoran put emphasis on the failed economic reforms lead by the IMF and other economic institutions for why Yugoslavia since the late 1970s was in economic decline. In reality the nation was never that divided in ethnic communities prior to this economic decline. It became clear to me that the conflict in the beginning of the 1990s also had to be viewed through an economic lens. Usually the war is seen only through the eyes of the different nationalities of Croats, Bosniaks and Serbs within BiH. However, the economic problems leading up to the war are rarely addressed as an explanation for why the war broke out.

And then I wondered: has any previous genocides been committed in a stable economy? Or are there always economic components that lead up to atrocities like in BiH? Economic instability does not always cause wars within a country, but it is a big factor that is needed for war within a country to occur. If you have a job, education, and a bright future, would you really start singling out your neighbors as your enemy?

Today countries like Greece, Ukraine and Venezuela are in an economic crisis. Their economic and cultural situation is very different, but it frightens me to think that they are all in a stage of economic instability. Ukraine has chosen a new and different leader with a liberal agenda that has promised economic reforms; Greece has seen a surge in nationalistic far right; and Venezuela is crumbling under its political vacuum. All has different futures however for all I hope that their economic crisis will not lead to a national divide within the countries and eventually to something much, much worse as it did in BiH.