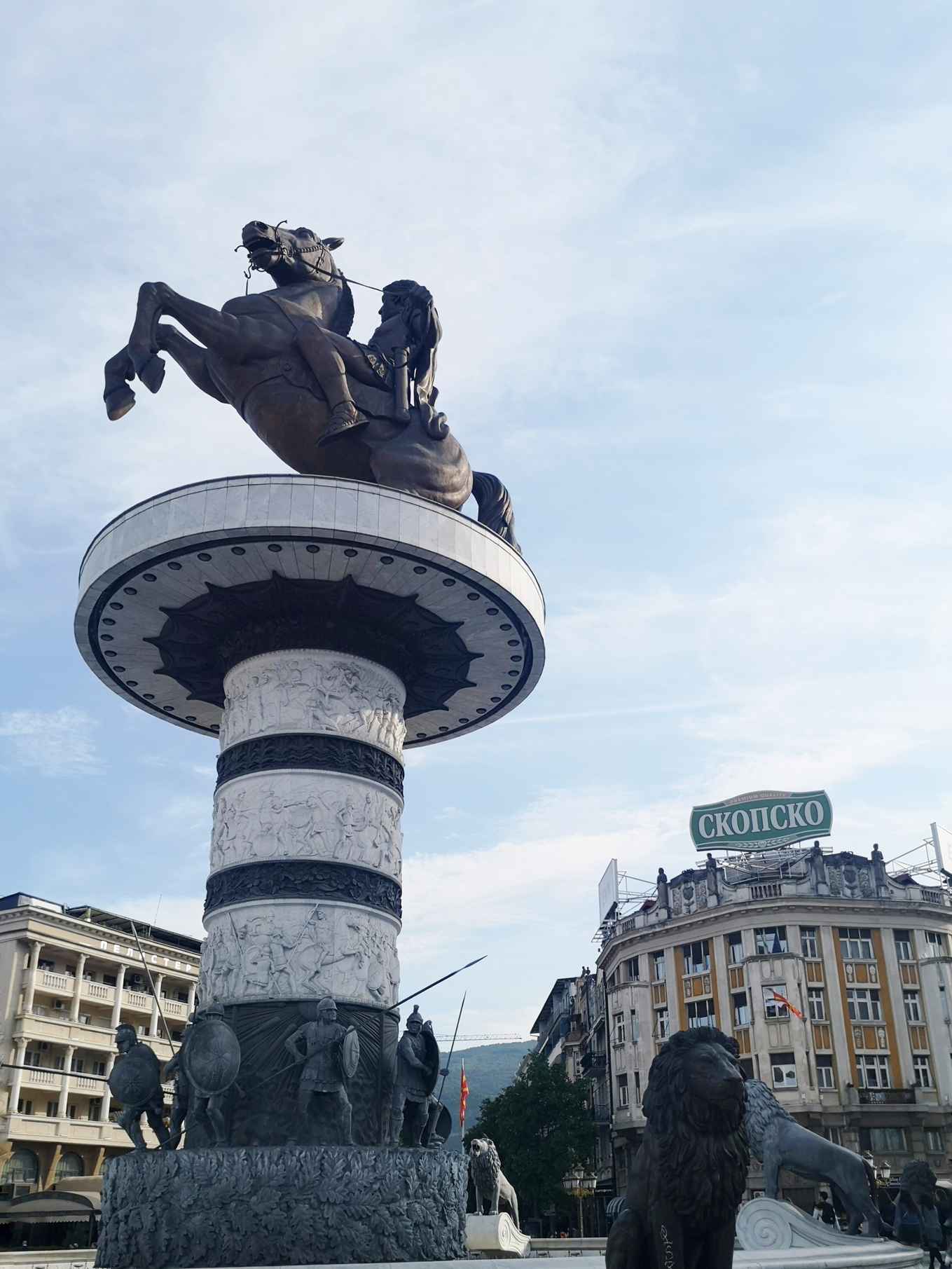 The so-called project Skopje 2014 (SK2014) is a product of the coalition partners, the VMRO-DPMNE and DUI political parties, and was mostly implemented during their ruling period. It is the most expensive pseudo-cultural project in the history of independent North Macedonia. In order to understand this project, it is necessary to analyze it through a broader interdisciplinary approach, namely, through a historical, cultural, sociological, psychological and financial lens. So far, both the experts and the general public have contributed to such an analysis through the aforementioned aspects, and here we want to emphasize that, as soon as it was promoted, namely at its initial stage, the project generated a great interest among the public because it produced counter variants with itself. Over time, we have provided an “ocean” of written, documented, video, scientific, and other materials that analyzed and confronted SK2014 with its own controversy. However, there are still many unanswered questions about it, regarding the authors, the design platforms, the financial transactions, the decision-making mechanisms and its implementation.

In an attempt to address some of the above aspects, as much as this article permits, about the project SK2014, we can say that it was a populist political maneuver for building a new Macedonian post-socialist political subjectivity. The process was developing in different political, social, aesthetic, urban levels and value systems, and it was followed by financial controversies. With the project, one of the intentions was to radically eradicate the Macedonian socialist past and to embody a new non-socialist popular political subjectivity, which aspires to confront its other more important subjects. The purpose was also to make transgressions and to contest the post-socialist symbolic and normative order, by specific political posturing, and especially by using historical fabrications.  This was embodied in the rapid and mass construction of new churches, large scale sculptures, museums; and facade reconstructions of entire quartiers.

The central figure is Alexander the Great, whose identity is concealed by the official name “Warrior on a Horse”. In other words, the project is a reification of the concept of the so-called “antiquization” process.  According to this concept, the intention was to commemorate myths by applying pseudo-historical and adulterated cultural references, while pursuing an oxymoronic relocation of the Macedonian national identity from its core [linguistically: as Slavic and statehood as praxis: socialist] to the distant times of antiquity… At that moment, the disputes and transgression occurred at the symbolic level, meaning that the space/ realm for  apprising the new Macedonian post-socialist political subjectivity was mobilized through the VMRO DPMNE. All of this led to emotional confusion and cognitive dissonance for the people, because it was a matter of induced identity engineering.

Certainly, this obsession with mass-scale building and changing the appearance of existing structures is fueled by irrational motives that could be explained through methods of psychoanalysis, however the project is not only controversial in terms of its cost, but also stands as a financial scandal of great dimension.

Among other things, SK2014 made a kind of pressure on Macedonians to choose between identifying as Slavs or as descendants of ancient Macedonians, by introducing a division in the population between those who support the diachronic paradigm and those who do not support it. Similarly, the Skënderbeg Square, also a part of the project SK2014, and built on the other side of the river Vardar, abounds with ethnic features of the Albanian nation. The iconography of the mural is ethno-nationalistic, and it is assumed that as such is meant as a ”response“ to the ethno-nationalist project from the "other" side, i.e. the Macedonia Square. The mural mosaics tell the story of the Albanian idea of ​​independence and nation-building process. Showing Mother Teresa, Albanian partisans, the struggle for the liberation of Kosovo, the Albanian fighters and the League of Lezhë. The central figure of this square is Skënderbeg. His monument was moved to a much larger pedestal than the previous one. In short, the Macedonian and Albanian ethnocentrisms compete with each other within SK2014, and on account of that, other ethnic communities living within the Republic of North Macedonia are marginalized. This is reflected in the decision-making process, as well as in the implementation and, of course, representation of others - within the framework of the project. The problematic nature of this project fosters a symbolic level interethnic and intra-ethnic conflict. It will do so for a long period of time, considering the pedestals and monuments that will remain for decades. The so-called project “Skopje 2014" has its own megalomaniac and kleptocratic background. From the initially announced 80 million Euros, it has reached a figure up to 640 million Euros, that does not account for the propaganda spread (documentaries, commercials, theater subsidies and so on). Today, as a result of the acute financial mismanagement, Macedonian citizens owe 280 million Euros. Since the project was funded with public money, today it is under investigation from the Special Prosecutor’s Office. Expensive monuments for SK2014 will not only serve as an example of populist abuse of the monument form in the creation of cultural memory, and also as a “money laundering” machine. Moreover, at the level of values - the overall process of antiquization implemented by SK2014 had the goal of erasing the socialist cultural memory by creating a false cultural memory relating to Antiquity. It is clear to all of us:  the monuments, documents, advertisements and propaganda paid for with public money made a false story and have been provoking hostile emotions among Macedonian citizens.

Consequently, SK2014 represents an ethnocentric glorification of the two ethnicities, with an absence of cultural and political communication, and, from an aesthetic point of view, a manifestation of kitsch, an obsession with myths, a promotion of ethnic tribal conservative patterns, an absence of awareness and communication with the socio-political context of the 21st century and, of course, all of this as a cover for financial mismanagement. As such it fails to be a stimulus of collective memory, but rather to the contrary, it generates ethnocentric memorialization, conservatism and kleptocracy.

Credits: Kristina Lozanovska, “Warrior on Horseback” - the tallest monument of SK2014 is directly connected to the legacy of Alexander the Great - polarized the community due to its ethnocentric narrative.