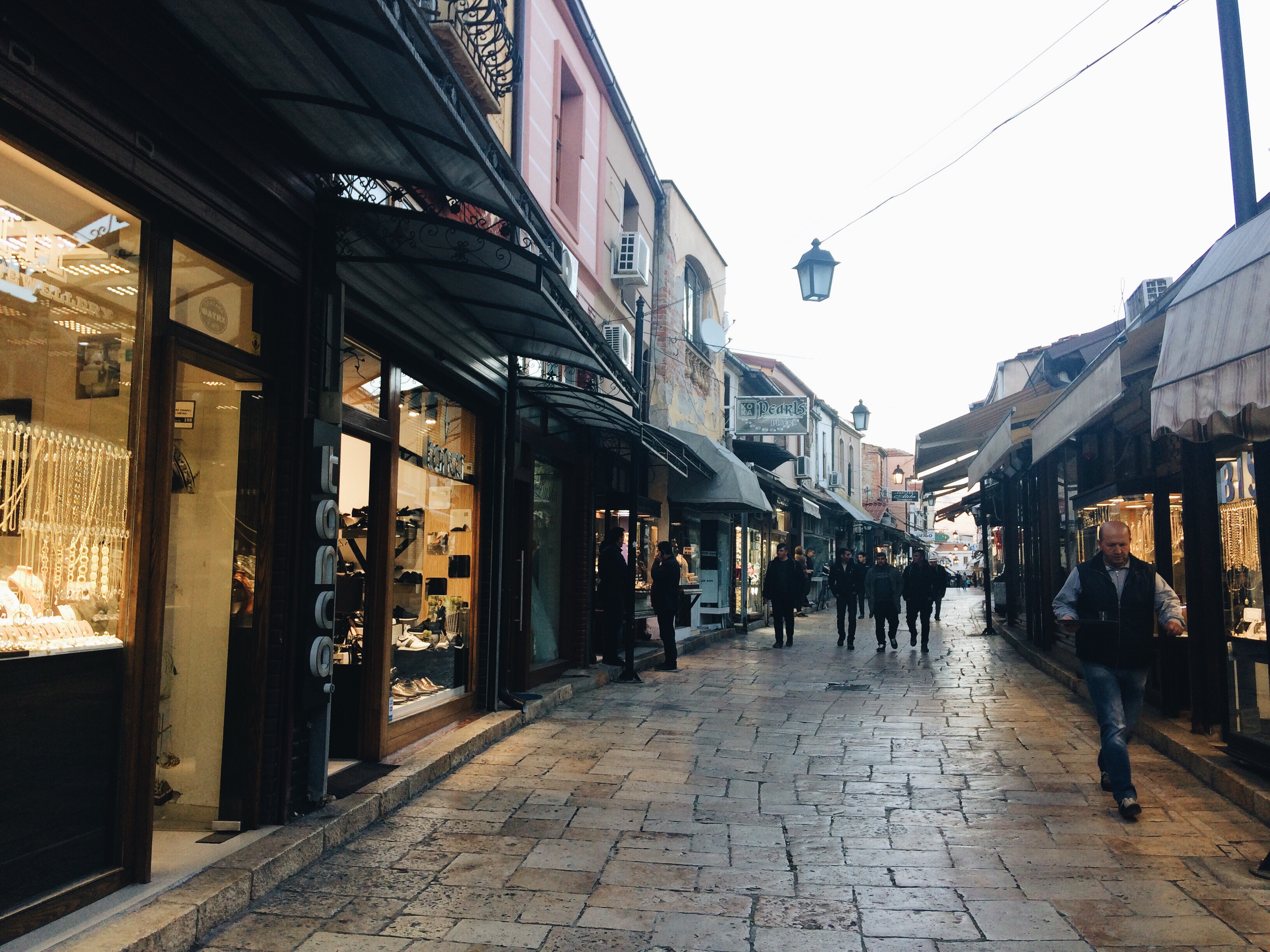 As you get to know Skopje better and taste the tradition of the capital of Macedonia, you get the feeling that there is a major division in the city – that life in Skopje is split by the ethnicity line – into “the Albanian side” and “the Macedonian side”. This is how Skopje is often perceived, however it does not reflect reality.

In reality, Skopje is different, richer and more dignified, with the vivacity of the people taking priority over how the state organizes its system. With a more dignified organization of communities in the future, which is the aim, even Skopje will be officially inclusive and offer life for all.

All that is needed is to see this, is to take the example of life in Skopje’s Old Bazaar. A fine miniature version of the city - rich, full and bustling, where people coexist and work together. Skopje has several treasures, but the Old Bazaar belongs to all, to the Albanians, Macedonians, Turks, Roma, Serbs, Vlachs, Bosnians and other communities. The Old Bazaar also belongs to the tourists who come for the tea and delicious kebabs. It belongs to the believers who visit its mosques and churches, and history enthusiasts who visit the Skopje Fortress, itself a unique treasure connected to ancient times.

The Old Bazaar is what links the different sides of Skopje. Designed to function not only as a connecting bridge, but also an important means for Skopje’s development, the street of gold artisans, filigree, and old folk costumes from all ethnicities of Macedonia, only enriches the beauty of this cultural neighbourhood. “The Bazaar is Macedonia, Macedonia is the Bazaar” is a local proverb summarizing its importance throughout history.

When researching Macedonia online, your search immediately leads you to Skopje’s Old Bazaar, with tourists recommending it as a place that leaves an impression - its warmth, diversity and soul can be felt on every cobblestone of the ancient streets. Trip Advisor ranks it number seven out of 10 top places to visit in Macedonia.

The Old Bazaar is considered the “diamond” of Skopje, due to its cultural richness, and economic and social qualities. A diamond, as it houses social richness and ethnical diversities, and bridges a connection between the Old and the New Skopje. A diamond, wherein many generations have fed their families and whose businesses have developed the country's economy.

The cobblestone streets could have been replaced many times by now, but their cultural value to the Old Bazaar could not be, and this only shows how its rich history has a positive influence on the future. The stone laneways make you feel as though you are in the East, yet the spirit of the Old Bazaar convinces you of the prospect of development and the West. These laneways lead up to the Fortress, down to the market, better known as the Bit Bazaar, and to the mosques, churches, synagogues, museums, the Watch Tower and other historical sites.

Within the Old Bazaar there is Skanderbeg, the Albanian national figure and Philip II of Macedonia. The numerous and differing historical periods and religious beliefs here have never been a cause for ethnic, religious, cultural nor state conflicts. All have been living in harmony, united by living and working in Skopje’s largest treasure.

Although the government has not invested much in the Old Bazaar, it has survived without any institutional support, only with the spirit of those that love and live from it. Before a diamond is found, it can remain hidden underground for many years. Business people, artisans, artists and citizens have kept the Old Bazaar alive.

UNESCO has placed it on its list of protected sites, while the state of Macedonia, in 2008, passed a special law for the Old Bazaar. Although officially supported by this law, the Old Bazaar, has not seen any large investments nor any protection from those damaging it in different ways. Yet, the diamond of Skopje is being protected by the people who frequent it every day.

Even though situated in the middle of modern Skopje and melancholic for its past, the Old Bazaar protects its inexhaustible richness fiercely. Its culture, spirit and concept, that include everyone, is protected. All in one place, for a common and bright future.

A life for all in Macedonia is the new spirit of Macedonia. Just like the Old Bazaar, which has remained here since the beginning. It took more than 27 years for someone to take the spirit of the Old Bazaar, to write it in the form of a national political program and then try to implement it. It’s very simple, they should consider the experience of all who enjoy the Old Bazaar and create a functional state structure in its image.

The diamond has already been found. In fact, it already existed. We just couldn’t see it. But now we do. It has started to shine! The light of the diamond wasn’t blinding us before, as we were overcome by the negative, and looked only to the darkness.