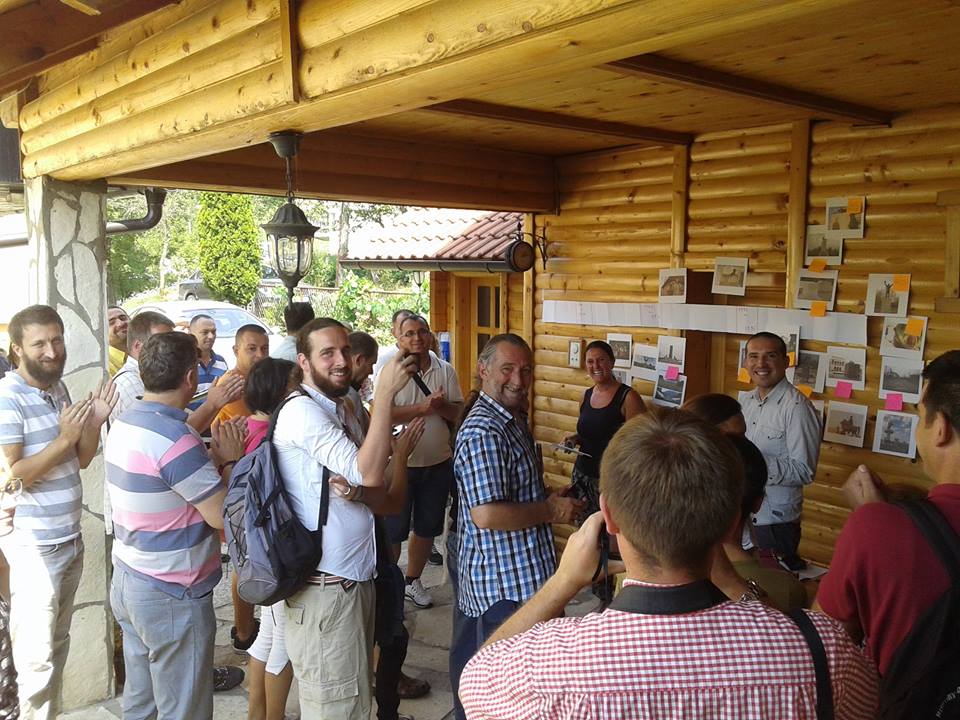 It’s not only when it comes to the subject of history that the ethnic fragmentation of schools in Bosnia and Herzegovina is evident. How to move on from there? Let teachers and students take the lead, suggests Melisa Forić.

The answer to the question “how to teach history in Bosnia and Herzegovina?” is not easy to formulate, at least not for those who do not have sufficient knowledge of the structure of post-Dayton Bosnia and Herzegovina and its social relations – characterised as they are by deep ethnic divisions. The education system fully reflects the administrative organisation of the country and its division into two entities, the Federation of Bosnia and Herzegovina and the Republika Srpska, as well as Brčko District.  Furthermore, the Federation also consists of ten cantons. There are different ministries that prescribe and implement different laws in the field of education, i.e., define curricula and approve textbooks for all primary and secondary school subjects.

In addition to the above mentioned administrative fragmentation in Bosnia and Herzegovina, a much more relevant division is the internal division of the education system into three systems based on ethnic identity – Bosniak, Serb and Croatian. The deep roots of this division go back to the 1992 to 1995 war, and these systems have continued to exist legally and in peace until today. Their common characteristic is an expressed one-sided perspective and mutual exclusion. Education is seen as a means to create three different ethnic histories, languages and cultures – rather than a means for developing a common state identity. The most absurd result of such a system is the existence of the phenomenon of ''two schools under one roof'', with different entrances and classes that begin at different hours of the day in areas inhabited by Bosniaks and Croats.

History is part of the core national curriculum and as such is of particular importance for all three ethnic groups in Bosnia and Herzegovina. This is also confirmed by different names used for this subject in three language variants – Bosnian (historija), Serb (istorija) and Croatian (povijest). Although the Framework Law on Primary and Secondary School Education in Bosnia and Herzegovina defines that the common core content of curricula will ensure that a positive relationship and feeling of belonging to the state of Bosnia and Herzegovina is developed through the educational process (Article 43), preference is given to national history.

Meanwhile, in textbooks in areas with a Bosniak majority, national history is understood as the history of Bosnia and Herzegovina.

The background to all these changes involved hard work by a series of state-level commissions established at the initiative of the OSCE Mission and Council of Europe in Bosnia and Herzegovina. These worked on the harmonisation of curricula and development of common core contents for history and other national subjects, as well as removal of offensive contents from textbooks and improvement of textbook quality. While some of the mentioned interventions were largely cosmetic in nature, there are some evident improvements.

Where are the interests of students?

All of this seems quite complicated, even chaotic, inducing us to start asking ourselves: where are the interests of students represented in all this? Or do the politics and national interests of politicians come first? This question may best be answered by teachers. They are the ones who know best the situation in the field, in the classroom, in their daily communication with students and their colleagues. Thanks to their role and responsibility, they are frequently trying to tackle these obstacles. It is a fact that curricula are conceptually outdated, that textbooks – despite all the improvements – are frequently an insufficient source of information, especially since they only offer a one-sided perspective. As such, history teachers frequently find themselves searching for new sources of knowledge and possibilities to improve the quality of history classes.

We can view this as a bottom-up change: if a system does not allow improvements, teachers can still improve the way they teach, through being creative and the outlining of positive values prescribed in curriculum content. Although the mandates of institutions of the relevant ministries –  such as educational and pedagogical institutes – should include the obligation to provide teachers with opportunities to further their professional development, such examples are rare. Life-long learning, included in education strategies of almost all European countries, is almost an abstract term in our case. Given the lack of formal training, teachers gladly venture into independent development and strengthening of their own competences. Numerous NGOs and professional organisations have organised various conferences, seminars and trainings in the field of history over the past decade, and together with teachers from Bosnia and Herzegovina have developed additional teaching materials for history classes.

It is worth mentioning are Council of Europe and OSCE initiatives, as well as the work of NGOs such as the European Association of History Educators (EUROCLIO), the Association of History Teachers of Bosnia and Herzegovina (EUROCLIO HIP BIH), the Centre for Democracy and Reconciliation of Southeast Europe (CDRSEE), ForumZFD and others. Additional teaching materials such as history textbooks, compendiums of sources or workshops on controversial and sensitive topics and the culture of remembrance are a positive step towards goals that were defined and rooted in the European practice of teaching history a long time ago.

Although they promote a multi-perspective view, active learning, working with sources and independent critical thinking, such materials have mostly not been approved and recommended for use by the competent ministries. However, their value has been recognized by teachers that have attended seminars and trainings – which mostly take place during weekends since any absence during working days requires the approval of the competent institution. The possibility of training and acquiring new knowledge and teaching techniques, meeting colleagues from different parts of Bosnia and Herzegovina and the platform for an exchange of experiences has been described as a great advantage by them. New ideas, techniques, teaching materials that are directly included in classrooms thus become a prospect for overcoming differences, obstacles and stereotypes.

We know that teachers have accepted these materials and methods and use them in class, at least for those parts of the curriculum that allows them to act autonomously. Their creativity is well received by students, which reinforces the motivation of all of us dealing with this kind of work to continue doing it. If the purpose of history classes is to teach children to think for themselves and to have a critical attitude towards the past in order to be active citizens of this society who make independent decisions, we have to insist on high-quality history lessons.

Melisa Forić, born in Sarajevo, currently works as an assistant professor at the Department of History of the Faculty of Philosophy in Sarajevo. Before, she worked for more than ten years at the Centre for Balkan Studies of the Academy of Sciences and Art of Bosnia and Herzegovina. She is the author of several history textbooks for primary and secondary schools and a co-author of the textbook for the subject “Culture of Religions”. Additionally, she is the Secretary of the Association of Teachers and Professors of History of Bosnia and Herzegovina and has participated in various international projects in the field of history, teaching history and culture of remembrance.