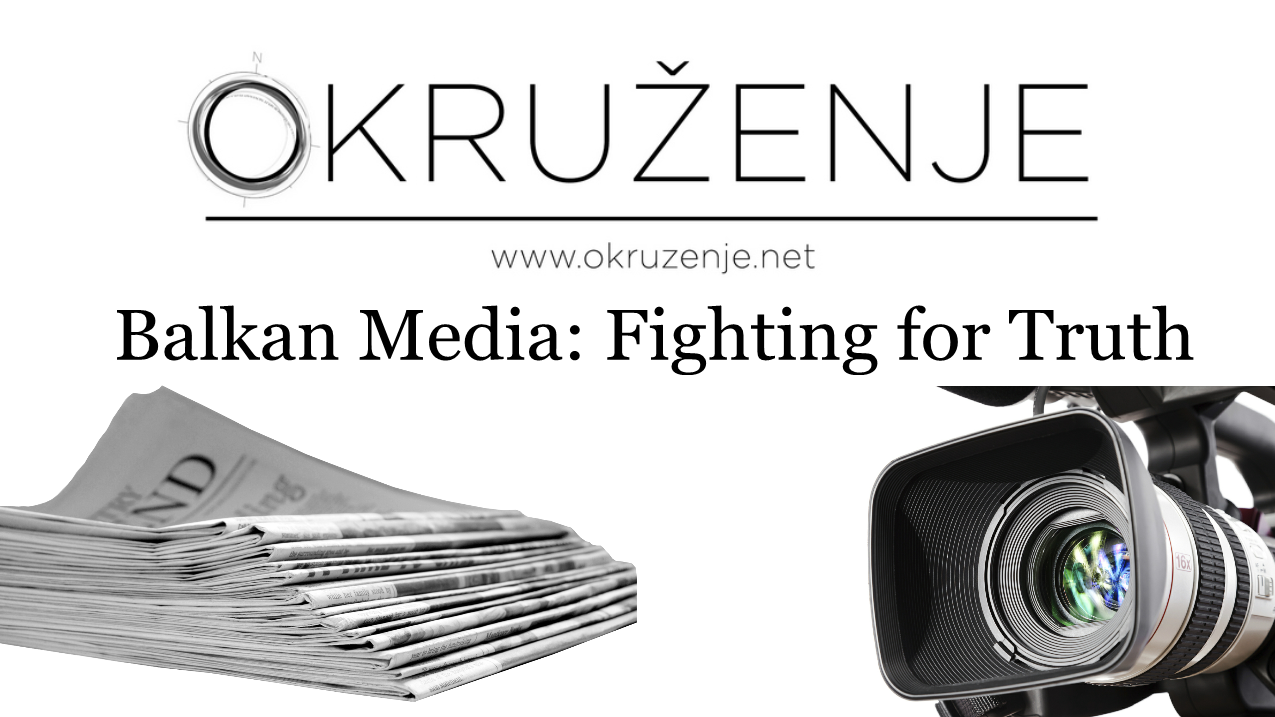 The CDRSEE invites you to join the filming of a special episode of ‘Okruzenje/Vicinities’ in Tirana, December 15 at 11.00 am

The CDRSEE invites you to join the filming of a special episode of ‘Okruzenje/Vicinities’ in Tirana that will take place on:

On the occasion of shooting a special episode of the successful regional television talk show ‘Okruzenje/Vicinities’, the Center for Democracy and Reconciliation in Southeast Europe and the European Fund for the Balkans open their studio discussion to the public.

In a historic first, the episode will be filmed in Tirana and the topic to be tackled by the distinguished guests is ‘Balkan media: fighting for truth’.

The guests include Anke Holstein (Deputy Head of Mission of the Embassy of the Federal Republic of Germany), Lejla Turčilo (Associate Professor at the Department of Journalism, Faculty of Political Sciences, University of Sarajevo), Adelheid Feilcke (Director of Deutsche Welle for the Western Balkans), Stanko Crnobrnja (TV and film director and professor at the Faculty of Media and Communications, University of Belgrade), and Lutfi Dervishi (journalist).

Celebrating the close of a 6th successful season, this groundbreaking show will hold a promotional event immediately prior to the filming, at which Hannes Swoboda (Chair of the CDRSEE), H.E. Romana Vlahutin (Ambassador of the EU to Albania), Anke Holstein (Deputy Head of Mission of the Embassy of the Federal Republic of Germany), Hedvig Morvai (Executive Director of the European Fund for the Balkans), Agim Fagu (former diplomat) and Thomas Gёllçi (Director General of RTSH) will speak.

Moving from strength to strength, always staying one step ahead of the issues, trending themes and embracing new approaches, ‘Okruženje/Vicinities’, a joint initiative of the Center for Democracy and Reconciliation in Southeast Europe (CDRSEE) and the European Fund for the Balkans (EFB), is a unique, regional initiative and a model of democratic dialogue in practice. The event will be organized with the support of the German Ministry of Foreign Affairs.

For further information about the event or if you wish to attend, please contact the CDRSEE at: info@cdsee.org