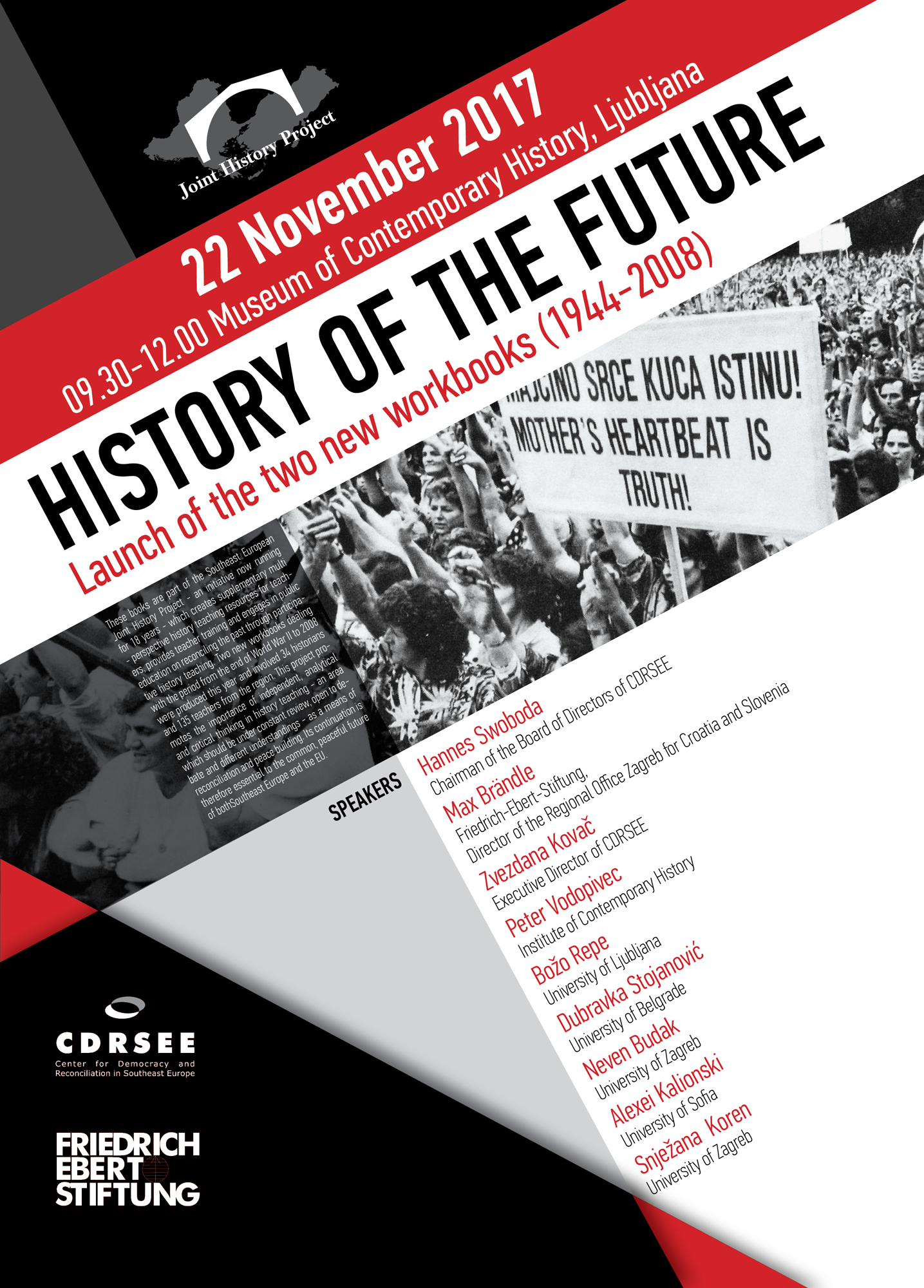 The CDRSEE invites you to the official launch of our new Joint History Project Workbooks which will take place on:

the National Museum of Contemporary History

These books are part the Southeast European Joint History Project - an initiative now running for 18 years-which creates supplementary multi-perspective teaching resources for teachers, provides teacher training and engages in public education on reconciling the past through a new approach to history education.

To date, the project has produced four multi-perspective history workbooks in 11 languages, thematically presenting the history of Southeast Europe in a critical thinking and participative manner, spanning the period from the Ottoman Empire to the end of World War II. More than 2,000 teachers have been trained in the use of the books and approximately 500,000 students have been reached.

In 2016, two new workbooks, dealing with the period from the end of World War II to 2008, were produced through a participative process involving 34 historians and 135 teachers from the region.

The books were launched at the European Parliament in Brussels on November 15th 2016, and were presented in the capital cities of every country in the Western Balkans, to Ministers of Education, international organisations, academics, historians, civil society and the general public.

The event is organized with the support of Friedrich-Ebert-Stiftung.