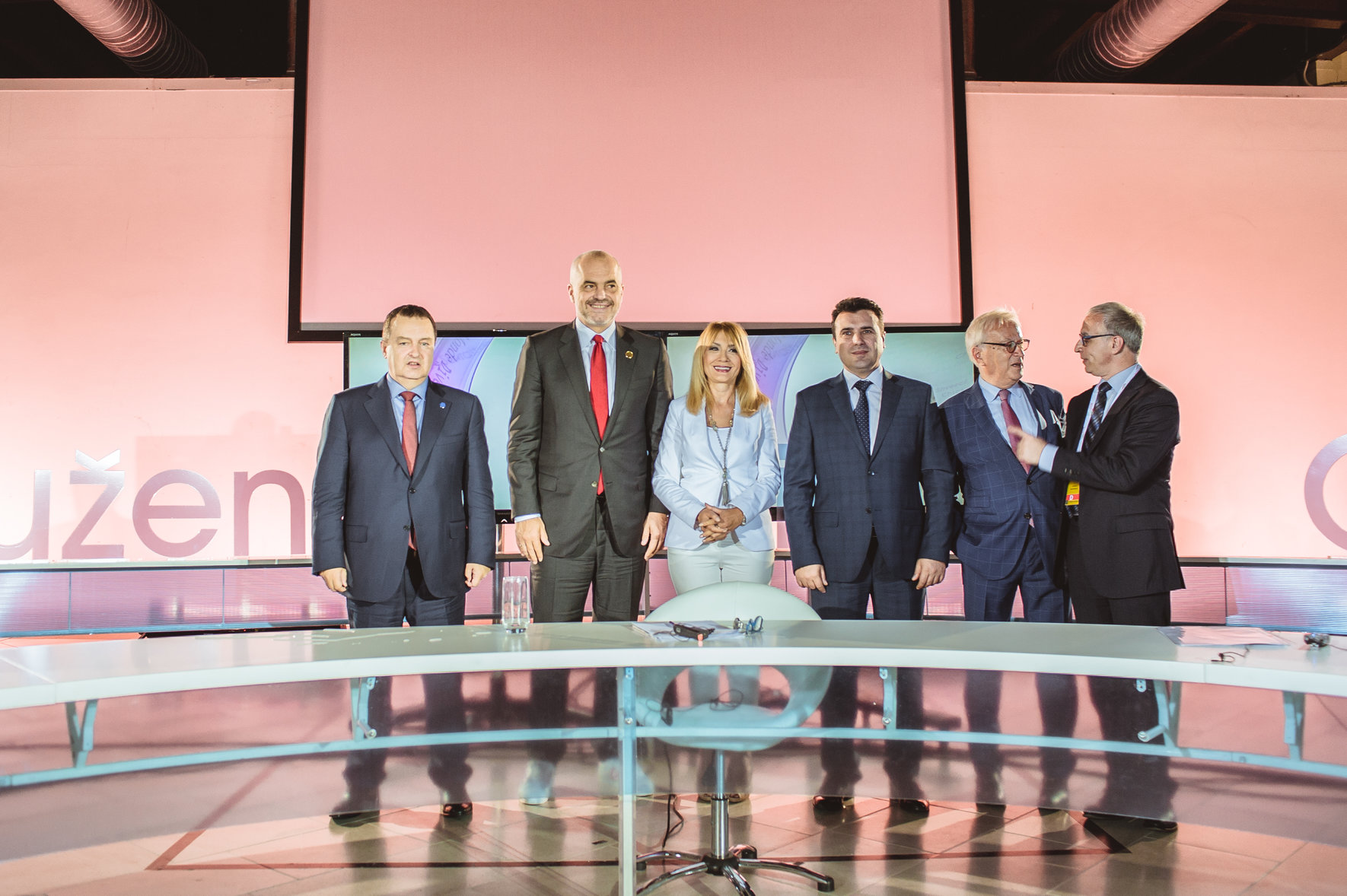 Western Balkans leaders on ’Okruzenje’, July 12, 2017, Trieste: The special episode of ‘Okruzenje/Vicinities’ enjoys unprecedented success and extended media coverage on both a regional and European level.

Making history once again, the CDRSEE’s  ‘Okruzenje’ television show brought together Western Balkan leaders to discuss issues of accession and EU integration, as part of  the Civil Society Forum, organised within the framework of the 4th intergovernmental Summit of Western Balkans and EU countries. In another groundbreaking achievement, the show featured the Prime Minister of Albania, Mr Edi Rama, the Prime Minister of the F Y R of Macedonia, Mr Zoran Zaev, the First Deputy Prime Minister and Minister of Foreign Affairs  of Serbia, Mr Ivica Dačić, and the Secretary General of the Regional Cooperation Council Mr Goran Svilanović on the same panel.

In a rare televised roundtable, the Balkan leaders, joined by Mr Svilanović, reflected on how the promotion of regional cooperation within the so-called ’Berlin Process’ could bring economic stability and new perspectives to the enlargement process of the six Western Balkan countries.

On the set, guests discussed issues such as the potential benefits from the creation of a Western Balkan Common Market, as well as new possibilities for cooperation in the field of infrastructure and economic development. The guests further assessed the efficiency of the initiatives taken so far and endorsed efforts to strengthen cooperation in the region.

On the sidelines of the 4th Western Balkans and EU countries Summit, this special edition of the ‘Okruzenje’ talk show surpassed all expectations, bringing  together, for the second time in its six years of broadcasting,  two sitting Prime Ministers, and one Deputy Prime Minister  and Minister of Foreign Affairs  in the same studio, at the same time. The historic televised meeting, almost unthinkable for most other regional or even European TV stations, attracted a wide range of  attention from the media both in the region, and beyond.

This joint initiative of the Center of Democracy and Reconciliation in Southeast Europe and the European Fund for the Balkans was made possible by the generous support of both the ERSTE Foundation and the Regional Cooperation Council alike, and was once again hosted by CDRSEE Executive Director Ms Zvezdana Kovać.

The special episode will be broadcast on 10 national channels across the Western Balkans within the coming days.