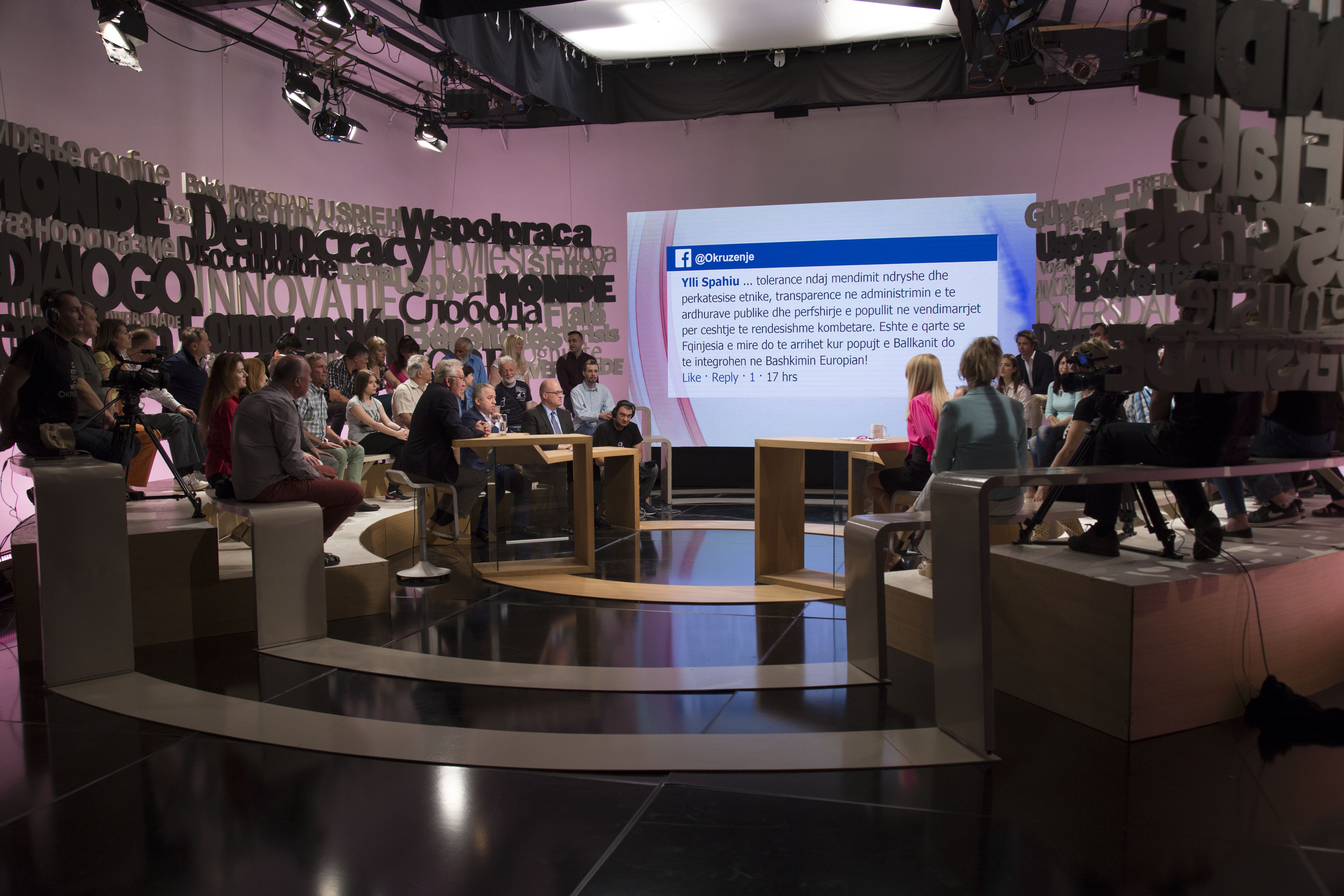 Following five consecutive years of success, ‘Okruzenje’ (Vicinities), the first regional television talk show on social and political affairs, is back for its sixth season. The shooting of the first cycle has just wrapped, and plans for the second cycle are underway.

The first six episodes showcase a raft of content including topics such as ‘What does the energy future of the Western Balkans look like’?, ‘Security threats in the Vicinity’, ‘Balkan leaders: Between the Past and the Future’, ‘Why are the Balkans all about politics’.

Aired on 10 different TV stations across Western Balkans, the new series of vigorous debates among notable guests introduce a multidimensional and interactive environment for the audience, whose active participation through social media brings an added value to the show’s well-established popularity and longevity.

This year’s season is further marked by a special edition of the show in Trieste under the auspices of the Civic Forum within the framework of the Western Balkans Summit on 10-12 July 2017.

Aiming at raising visibility among the citizens of the Western Balkans about the partnership between the EU and the region towards EU integration, ‘Okruzenje’ has invited Ms. Mogherini, High Representative of the European Union and Vice-President of the European Commission, Mr. Markovic Prime Minister of Serbia and Mr. Zaev Prime Minister of the FYR of Macedonia to participate in a constructive televised dialogue on the benefits and challenges of this partnership.

We would love to hear any questions and comments you may have. Feel free to share them on our fb page or twitter.