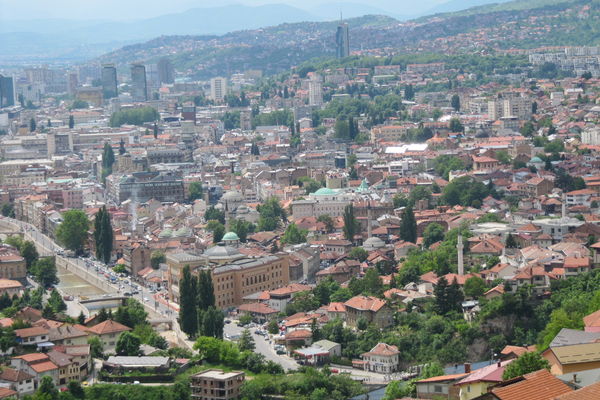 Cultures of Remembrance in Sarajevo, or the Protracted Search for Multiperspectivity and Integration

In history books, travel guides and the international public sphere, Sarajevo is basically linked with three historical events. On 28 June 1914, Gavrilo Princip, a member of the nationalist revolutionary movement Mlada Bosna (‘Young Bosnia’), assassinated the heir to the Austrian throne Archduke Franz Ferdinand and his wife Duchess Sophie Chotek, an event which is generally considered to have triggered the First World War.

The ‘Sarajevo 1878–1918’ museum, located near the site of the assassination, is nowadays the most prominent site of remembrance of the killing, the Archduke and Duchess, and the Young Bosnian movement.

The second, more pleasant event was the 14th Winter Olympics held in Sarajevo in 1984. The Siege of Sarajevo during the Bosnian War of 1992 to 1995 is the third historical event generally associated with this city. The extent of devastation caused by war and violence is still evident today in the many bullet holes and ruins, including some of the Olympic facilities. Sarajevo’s tension-laden historical culture, in particular with reference to the war of the 1990s, is the focus of this article. Some historical background information on the city’s political divisions will be provided by way of an introduction. An overview of the development and implementation of initiatives for cultural remembrance will follow, with a closer look at the permanent exhibition on the Siege of Sarajevo at the Historical Museum of Bosnia and Herzegovina as well as the permanent exhibition at the ‘Srebrenica 11/07/95’ gallery.

Finally, a number of blind spots and points of contention will be discussed with regard to official cultures of remembrance in Sarajevo.