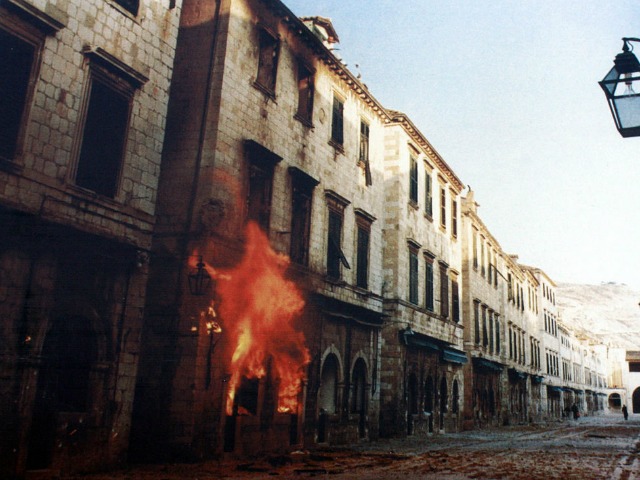 specialised tuition on the 1990s war.

“We see tourist guides as a link between tourism and cultural heritage; without a well-educated guide, there can be no cultural tourism. And the Homeland War [Croatia’s 1990s war] is an important part of Croatia’s identity and of its present-day existence,” said Jasminka Miskulin, president of the Association of Tourist Guides of Kvarner, a northern coastal region.

Miskulin, a member of the working group for drafting a new rulebook on guides’ exams, told BIRN that the specialist tuition about the 1990s war is just a small part of the improvements that are being requested.

“The reason we’re doing this is a terribly-written rulebook for foreign qualifications, enabling guides from all over the EU to guide in Croatia without any restraints,” she said.

She added that some foreign guides describe the 1990s conflict as a civil war.

Foreign guides can now lead tour groups in Croatia, but they have to take the examination, and Miskulin said they should be forced to educate themselves about the 1990s war, which plays an important role in the country’s history.

During the war, Croatia seceded from Yugoslavia amid an armed conflict with the Yugoslav People’s Army and rebel Croatian Serbs.

Although Croatian politicians and a number of historians insist that Yugoslavia (Serbia and Montenegro) committed international aggression against Croatia, some claim that it was also a civil war because Croatia was considered to be part of Yugoslavia until October 1991 and because there was fighting between Croatian forces and rebel Serbs who were citizens of the country.

Because of these differing interpretations, the tourist guides and the Association of Special Police from the Homeland War proposed to the tourism ministry last week that the tuition for the specialised exams on the topic of the 1990s war should be carried out by war veterans associations and institutions dealing with the topic on a scientific basis.

The ministry told BIRN that the rulebook on guides’ exams will be amended after the Act on the Provision of Tourism Services is amended, which will happen by the end of the year.

The ministry said that after that, a new programme of guides’ education will be created “in cooperation with all theauthorities concerned and in consultation with interested organisations”.

Miskulin said that as well as war veterans, guides should also listen to presentations by NGOs dealing with the topic, such as the Zagreb-based Documenta - Centre for Dealing with the Past, which highlights other aspects of the war, such as civilian victims and war crimes committed by Croatian forces.

She said that the issue is important for tourists as well since “they often ask questions regarding the war” and that they “deserve a professional and knowledge-based service”.

Marko Sjekavica, another member of the working group and the president of the Association of Tourist Guides in Dubrovnik, told BIRN that he agrees that the veterans could share their experiences and opinions but emphasised that “no one has the right to impose on a free profession how history will be presented”.

Another guide from Zagreb, Neven Kamenski, told BIRN that he generally supports the idea guides getting more tuition.

But he added that he thought that whatever first-hand experiences guides have of the 1990s war, they should “stick to the facts and try to, sort of, diplomatically tell the story”.