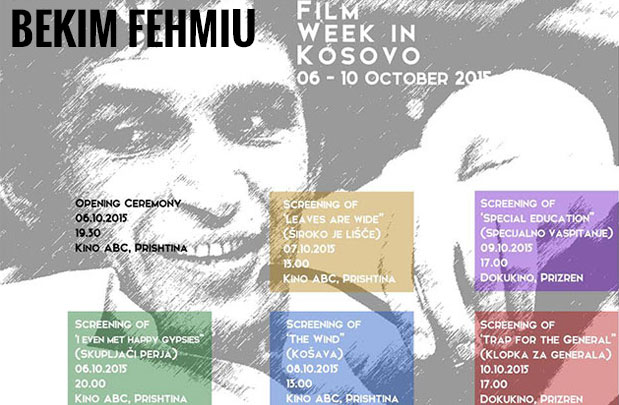 Festival ”Mirëdita, dobar dan!” initiates dialogue and cultural exchange between Kosovo and Serbia, with the aim of improvement of social, political and cultural relationships between societies.

The work and achievements of Bekim Fehmiu, the symbol of a once unified cultural space whose earlier acknowledgment was fraught with problems already, are the main inspiration for the organization of the entire festival. We wish these encounters to become a tradition and continually contribute to establishment of permanent peace and normalization of relationships between Serbia and Kosovo. “Bekim Fehmiu Film Week” is a continuance of the Festival “Mirëdita, dobar dan!” which will be held for the first time in Kosovo. During the period of 06 - 10 October 2015, five films of Bekim Fehmiu will be screened in Prishtina and in Prizren, to Kosovan public.

The festival will be opened on 6th of October in Prishtina with the screened the film “I Even Met Happy Gypsies” winner of the Cannes Film Festival in 1967. Other films that will be screened during “Bekim Fehmiu Film Week” are “Leaves are wide”, “The wind”, “Special education” and “Trap for the General”. For all film lovers who wants to enjoy the films of Bekim Fehmiu the entrance to all events of “Bekim Fehmiu Film Week” is going to be completely free. For more information about the festival and the program please check www.mireditadobardan.com.