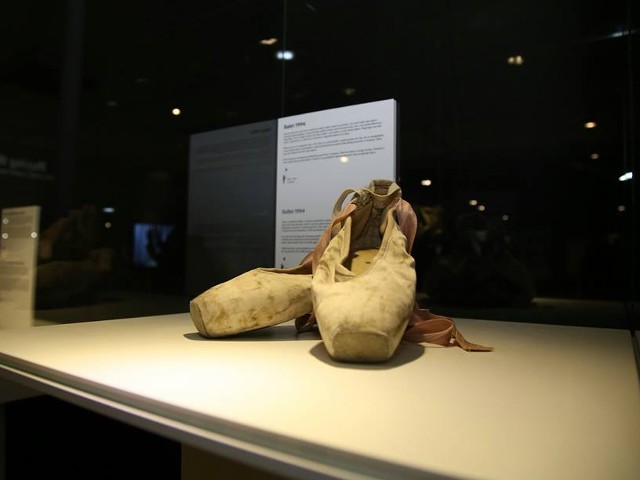 A moving exhibition of mementoes of children who lived through the war has finally opened after the War Childhood Museum secured enough funding to acquire a permanent home.

“I remember that April morning when I saw a soldier parked in a tank outside my window.”

So begins the story of Emina, who was aged nine and living in Sarajevo when the war broke out in 1992.

A short text on display at the newly-opened War Childhood Museum describes Emina’s evacuation from her besieged home city, hurriedly bundled into the back seat of a neighbour’s car.

It is displayed next to a personal object: her passport, produced with false personal details since her parents forgot to give her any ID to take with her.

Emina needed the passport because, as a refugee in Germany, she missed her family so much that she wanted to return, and sneaked back into Sarajevo in 1994 through the famous ‘Tunnel of Life’, at a time when desperate refugees were still fleeing the conflict.

Emina’s passport is one of 50 items on display at the hugely anticipated and popular War Childhood Museum, a project that has won support from across Bosnia and Herzegovina with its smart concept and refreshing lack of political overtones.

The museum at Logavina Street is the permanent exhibition space for a collection of more than 3,000 personal objects which was started by director Jasminko Halilovic in 2010.

After struggling with reluctant local authorities to get enough funding, and putting on a temporary exhibit at the Historical Museum of Sarajevo, the project has finally been realised thanks to help mostly from international donors, as well as a crowdfunding drive that raised several thousand euros.

Halilovic believes it is the only museum of its kind in the world, documenting the specific experience of children in conflict in this way.

At the bustling private view on Saturday evening for contributors and friends of the museum, children mingled with adults as they perused the display.

The entrance is a narrow passage, oppressive like the basements in which children once hid from falling shells and sniper fire, passing the time any way they could - playing guitar, reading by candlelight, pretending to be at a school that they couldn’t attend because of the war.

The gallery is set in a square spiral shape, opening out into a larger space with items hanging from the ceiling.

Words are projected onto the wall, changing from time to time, giving short snippets of the contributors’ experiences of war in both the local and English languages.

The items themselves are set on simple white pedestals alongside short stories that describe them, told in the first person.

There is a cherished Barbie doll, pink dress worn from love, a translucent bolt of material bought to make a prom dress for summer 1992 that never, in the end, was needed, and a red bike that carried its child-rider to safety after grenades began to fall.

No exposition is needed, and the simplicity of the presentation lends itself to thoughtful immersion in the lives on show.

It is a bittersweet exhibition, since these stories – as fond and funny as they are sad and short – are those of survivors.

In the space between them is the understanding that many more stories are missing, just like the people who would one day have told them.

It is thus a memorial to the children who died in the Bosnian war – about 3,500 of them – as well a testament to the living.

Survivors carried on their lives carrying these stories within, some here in Bosnia and some in new homes, found as refugees abroad - looking otherwise like anybody else in the street.

At the opening, a little girl next to me examined a magic wand with glitter inside – the beloved toy of a child who once waved it and wished for the war to go away.

“I have the exact same wand at home,” she said.

The War Childhood Museum is at Logavina 32. It is open every day except Monday, from 11am to 7pm.