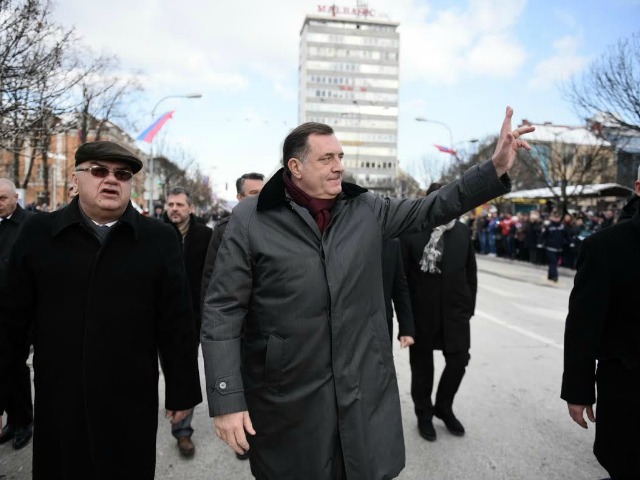 Which Balkan Minorities Is Less Talking About?

A journalist who covered the conflict in former Yugoslavia takes issue with Timothy Less’ claim that the minorities whose desires need accommodating are those defined by ethnicity and religion.

Timothy Less’s analysis (Multi-ethnic States Have Failed in the Balkans, Balkan Insight 16 January) begins with a mistaken premise, which leads, not surprisingly, to wrong conclusions. He accepts the premise that the exclusive building blocks of politics in the Western Balkans are those that are defined by ethnic, linguistic or religious identity.

This is a thoroughly outdated way of looking at the world, and in the past 25 years it has delivered nothing positive for the people of Southeast Europe.

Undoubtedly the biggest victims of the nationalist approach in the region have been the people of Bosnia and Herzegovina, where a political class that has delivered conflict and poverty, instead of questioning its own ideology, is showing signs of succumbing again to the siren call of chauvinism.

There are, of course, honest, competent and sane politicians in Bosnia and Herzegovina. They exist, but they are not in the ascendant. Those who make the political weather tend to be either nationalists or narcissists (or, in one or two notable cases, an unpleasant combination of both).

It is their narrative that people such as Less seem to be taking seriously.

Less speaks easily about “minorities”, but he does not seem to understand that there are all manner of minorities aside from ethnic minorities.

And when he speaks about ethnic minorities, he appears to believe that they are homogeneous: the Bosnian Serbs want this, the Bosnian Croats want that.

Less argues that “the Bosnian Serbs directly challenged the Dayton arrangements” last year, while “Bosnian Croats are sharpening their demands of a third entity.”

All of the Bosnian Serbs? All of the Bosnian Croats? What about those who have been too busy running small businesses, or writing PhD theses or developing computer software? Does ethnicity trump every difference of aspiration and opinion when it comes to politics? That is the nonsensical premise on which 25 years of failed nationalist politics is based.

The trick which this elite has played since the late 1980s is to expropriate the right to speak in the name of hundreds of thousands of people, cavalierly submerging their political diversity beneath a cloak of presumed ethnic identity.

There are more productive ways of doing politics, and they don’t involve stripping citizens of their citizenship, as this type of communal politics does.

Is the righteous indignation of any of these minorities being addressed by political leaders whose ideas are stuck in the dead-end of ethnic identity? Not remotely.

The constitutional protections that Less alludes to can be secured. They can be secured by upholding the rule of law – the very thing now being challenged by members of the nationalist elite.

It is the rule of law – not ethnic chauvinism – that protects citizens. When leaders challenge the law on the grounds of ethnic identity they are undermining the protections enjoyed by the very citizens they claim to represent.

Less says minorities that are willing “to assert their separation” should be accommodated. Which minorities? Taxi drivers? School teachers? Doctors and nurses?

He is of course speaking about a single privileged minority, the political elite. When these people were coached in the art of consensus – from about 2001 to about 2006, Bosnia and Herzegovina had the highest rate of economic growth in the region, and living standards began to rise.

It’s worth reminding those who have been in power for the past decade that the country can work and has worked. It is certainly not a sensible option to accommodate these people when they confuse their own failure with that of the country as a whole.

When leaders are weaned away from the absurd premise that all Serbs or Croats or Bosniaks form homogeneous [and incompatible] units, and when they are instead encouraged to address the interests and demands of citizens – who belong to multiple and overlapping minorities and constitute a single civic majority – things can and will get better.

Less’s analysis ignores the manifest lessons of Balkan history, at least as far as Bosnia and Herzegovina is concerned.

Kevin Sullivan covered the conflict in former Yugoslavia in 1991-93. His novel about the siege of Sarajevo, The Longest Winter, was published in October in the UK by Twenty7. A translation into Bosnian/Serbian/Croatian will be published at the beginning of February by Enkidu.

The opinions expressed in the Comment section are those of the authors only and do not necessarily reflect the views of BIRN.