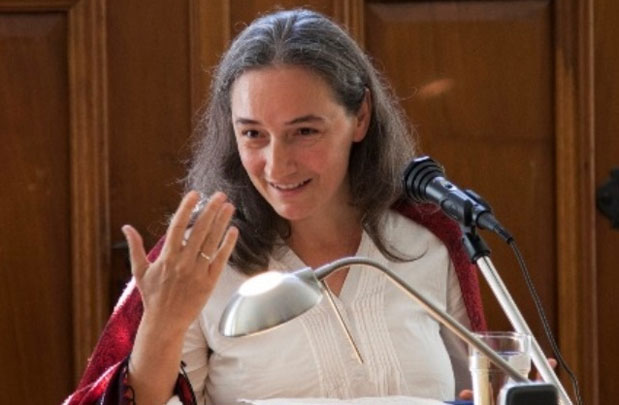 Bosnian university professor Ljubinka Petrovic-Ziemer says the culture of silence in Bosnia - and the selective or politically motivated cultures of remembering the war - are holding back meaningful reconciliation.

Her warnings are contained in a new paper titled: “Cultures of Remembrance in Sarajevo, or the Protracted Search for Multiperspectivity and Integration”.

“We are trapped in the past,” she told BIRN. “We put faith in war crime prosecutions and in our visions about justice we gave courts supernatural powers.

“[But] each national group hoped the verdicts would match their expectations. This is why the disappointment on all sides is great”, Petrovic-Ziemer added.

“Now, we are continuing the fight for justice through the media to compensate. We read daily about mass graves, commemorations and burials. We do not allow ourselves or others a break from the war.

“When we analyze those reports, we can see they take a form much like a verdict, in which a victim and perpetrator are named. Satisfaction is sought outside the courtroom,” she added.

Petrovic-Ziemer explains that the 1992-5 war continues to affect people’s daily lives and interactions, especially between the different communities.

“In Bosniak-Serb discussions, even the most unpolitical dialogue will inevitably turn to a few key issues of characterizations of the war and classification of the crime in Srebrenica,” she observed.

“Whether one is accepted as trustworthy or friendly is not decided on character of an individual, but through a catalogue of war-related questions,” she added.

Turning to the selective and politically motivated official remembrance cultures in the three main Bosniak, Croatian and Serbian communities, Petrovic-Ziemer says it is vital to determine which memories are tabooed and why.

“We know too little about the phenomena of silence. We mostly see it and judge it on others. Silence is like crimes: We justify our own and condemn others for it, because we only see it as denial of crimes. Understanding our own silence can help us approach others with true dialogue and not condemnation, which is destructive,” she explained.

Another divisive issue affecting the way the past is remembered, according to Petrovic-Ziemer, is war memorials, which are being constructed without planning and control.

“We are on a good way to become a country of necropolises. I often recall the words of German sociologist Welzer in regard to this, who said: ‘As the horizon of the past is bigger, the perspective for the future is narrower,’” she said.

In her paper, Petrovic-Ziemer discusses the roles of the exhibition about the siege of Sarajevo in the Historical Museum and the permanent exhibition on the genocide in the “Srebrenica 11/07/95” gallery, in developing inclusive remembrance cultures.

She notes that the Sarajevo exhibition classifies the war in Bosnia and Herzegovina as an “act of aggression”, although this issue is hotely contested by most Serbs.

“For young people to be able to identify with a state institution in Sarajevo, it is important when discussing sensitive issues to… present different perspectives on the same event,” she said.

“The exhibition about Sarajevo could stimulate critical thinking if it presented different positions regarding the character of the war,” Petrovic-Ziemer added.

Similarly, the questions of whether the massacre in Srebrenica constitutes an act of genocide or not remains a sensitive issue.

“None of us can forget Srebrenica, regardless of how we view the crime. Living with the fact that genocide took place in our country affects us all. It is a crime that literally cannot fit under the skin,” she said.

Unfortunately, however, Srebrenica is sometimes used to “silence and blackmail” people, she continued.

“One reaction to the need to discuss crimes against Serbs in Sarajevo is that these crimes cannot be compared to Srebrenica,” she noted.

“But for coexistence in Sarajevo to survive, crimes against minority groups must receive more recognition, because silence about these crimes increases the wish of minorities to leave and threatens Sarajevo’s future as a multicultural city,” Petrovic-Ziemer continued.

No reconciliation without recognizing crimes:

Although war crimes are mostly individual acts, Petrovic-Ziemer says society has a political and societal responsibility to victims, which has to be met in order for coexistence to flourish.

“Peaceful coexistence rests on respecting the do-no-harm principle. If a crime happens, it must classified as socially unacceptable and the victim must be guaranteed that it will not be repeated. If such minimal conditions aren’t met, it is not responsible to ask refugees to return for instance,” Petrovic-Ziemer said.

“Collectivization of guilt – which I believe is not productive – from the position of the victim is a tool used to show that the community in which the crimes took place has still not transformed into a community which can guarantee the crime will not be repeated. In essence, this means the do-no-harm principle has not been made again,” she added.

Speaking about her motivation to write the paper about the culture of remembrance in Sarajevo, Petrovic-Ziemer says that she wanted to highlight the fact that crimes against Serbs in Sarajevo are not part of the integrated memory of the siege of the city, and that it was possible to write about this deficit without relativizing the horror suffered by Sarajevo citizens through attacks by the Republika Srpska army.

“My strongest motivation is the responsibility I feel toward future generations,” she said.

“Collectivization of guilt is part of the public memory, which is forcing new generations to remember the war from the trenches. Postwar generations are not war criminals or victims. Refusing to be a victim and refusing collective blame must not lead to forgetting. I think none of us has the right to trap young people in antagonized collectives and prevent a common future,” she said.

“They must not become hostages to our frustrations and failed expectations”, she concluded.