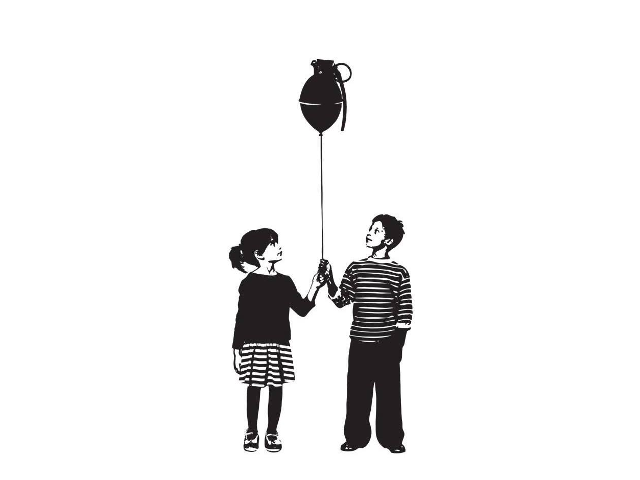 Despite funding setbacks and broken promises of support, the War Childhood Museum will open in Sarajevo in December to exhibit people’s personal mementoes of growing up during the conflict, its director says.

Face taut, he admits he is working 16- to 18-hour days in the run-up to the opening of the War Childhood Museum – a unique exhibition he has fought hard to win the funds and a permanent space for.

After a crowdfunding campaign that ended last weekend, as well as raising more than $200,000 in expected or secured funding from donors, the collection of stories told by Bosnian war children through personal objects and testimonies will finally open in mid-December.

“It’s not fair that these stories have not been told before,” he says of the museum’s collection of more than 3,000 objects, of which 50 will be shown at the permanent exhibition in Logavina Street, in Sarajevo’s old town.

It’s the culmination of six years’ work for Halilovic that started with an idea in 2010 to document the experiences of those who were children during the Bosnian war of 1992 to 1995.

Their stories are not given the careful presentation afforded to other subjects such as military history and war politics, he claims, to which scores of museums are already devoted.

So, as his generation came of age, he planned a new kind of project.

In 2013, he published his book of 1,000 crowd-sourced recollections of the Bosnian conflict, called War Childhood.

Each limited to only 160 characters long, many were sent to him online – a medium that appeared to foster openness.

“When I started to work on the book, some people I’d never met would send me some very intimate, private stories by email – ten-page stories about something that happened to them. And then in the end they would write, ‘I never told this to anybody,’” he says.

Slim and pale, Halilovic has the wide-eyed intensity of a runner mid-marathon.

“Imagine if we met on the street – what are the chances somebody would tell you the most private story he or she has?” he asks, enunciating each word with effort.

Since then, the project has snowballed into a nationwide effort to open the first cultural institution in the world of its kind, with not just snippets of text but stories told through 50 objects that war children have kept with them for years.

In 2015, he assembled a team including anthropologists, historians and psychologists to develop a methodology – and they began to collect, not only from war children still living in Bosnia but 35 countries worldwide.

The permanent museum will be complemented with travelling exhibits and education programmes.

Halilovic’s own contribution to the collection – which won’t be shown in the permanent exhibition, since he wants to give others a chance to tell their stories – was a white napkin on which a family friend, a painter, drew a picture of him sitting on a bicycle.

“From my generation, we don’t really have many photographs of the war time. For example, I have only three photographs from these years of the war,” he says.

“It’s also personal because he was my family friend, and he lost his son during the war. He made this drawing of me, and – I don’t know – I like it."

The project has blossomed organically, says Halilovic, as he and his team have worked hard to build the trust required for Bosnians to hand over belongings that have stayed with them, cherished, for more than 20 years.

In a country where public trust in institutions is low, he believes it would not have been possible to gather such a collection without the tools of the digital era, or without the record for consistent promise-keeping that his published book established.

Some people had to consult with families and even entire neighbourhoods whether or not to donate their treasured objects.

“People took the item from their wallet having carried it with them for 20 years, and now they are giving it to the collection. Just imagine the trust you have to have to do this,” he says.

But there has often been a benefit to participants, Halilovic explains.

“People sometimes say that after they contributed that they were able to talk over their experiences with their families and connect the dots,” he says.

In this way, what are often very difficult and intensely personal memories can become something “more manageable”. That is part of the Museum’s social mission, he says.

Because of its inclusive approach – telling individual stories rather than prescribing a version of history, which in Bosnia has often been wielded as a political tool – the project has enjoyed increasingly strong public support.

One seal of approval came in an unexpected form as Zeljeznicar FC, a Sarajevo football team, unveiled a banner at a match reading: “We demand the opening of the War Childhood Museum.”

A ten-day long temporary exhibit held in May at Sarajevo’s Historical Museum attracted more than 4,000 people, and some objects – including a pair of ballet pointe shoes – became talking points for visitors.

The pair of shoes belonged to a Sarajevo resident called Mela, who was eight when Bosnian Serb forces’ siege of the city started in 1992.

The war put paid to her dreams of becoming a prima ballerina, but a video of her dancing will be available on the mobile app that accompanies the new, permanent exhibition.

Renovation work began in September, and Halilovic stresses that the museum is paying a commercial rate for the space of 2,000 Bosnian marks per month.

Although there are rent discount schemes available for religious and cultural institutions, the War Childhood Museum was unable to secure the discount because of “some obstacles” that Halilovic hopes will soon be resolved.

He points out that only two per cent of the project’s budget has been met by the Bosnian authorities, despite “50 per cent made in promises”.

Ninety-five per cent has been covered by American donors, notably the National Endowment for Democracy, Catholic Relief Services, and the US embassy.

An Indiegogo campaign that ended last weekend filled $8,800 of the $40,000 funding hole the museum still faces.

He never expected crowdfunding to raise the whole $40,000, since it is a relatively new phenomenon for Bosnia, but the aim was also foster a sense of public ownership and engagement with the museum.

He also did not want to damage the organisation’s image by over-promoting it through repeated Facebook appeals.

“We still deal with a sensitive topic and we wanted to do it with some dignity,” he explains.

As for the shortfall, Halilovic is still hopeful that the Canton of Sarajevo will fulfill a promise of support he claims it made from a budget to be passed in December.

The articulate young museum director feels the level of trust placed in him by Bosnian participants must be met by responsibility on his side.

At times, the process has been exhausting – particularly during the two-year period during which he collected memories for his book.

“It was emotionally challenging because I didn’t have a team at the time, I was alone,” he says.

He gave up PhD plans to pursue the museum project, but insists he does not want to focus on his own sacrifices.

“Sometimes I think maybe it cost me some other opportunities but I think it’s worth it. I would do it again,” he says.

“I think it’s probably the most important thing that I and other members of the team will do in our lifetimes,” he adds in earnest.

And he is still not too tired to be thinking of the next step. The museum’s opening could just be the beginning.

Halilovic hopes to develop travelling exhibitions and permanent museums in other countries, too – “an international institution working not only in Bosnia but around the world as well”.

With a look of resolve, he insists that this country will have its War Childhood Museum by the end of 2016.

“I have to do it. I have to finish it. I have worked on it for six years now, and I will get it done.”