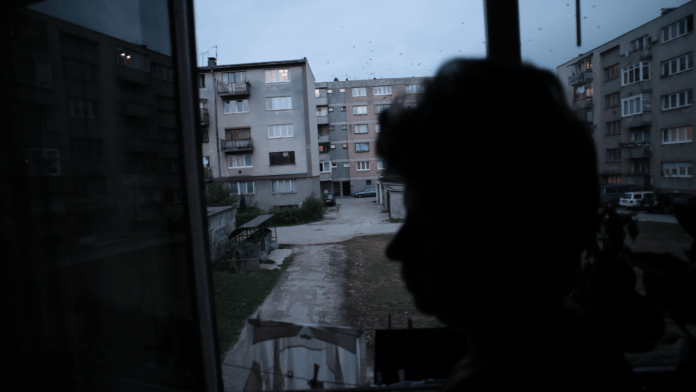 Victims of War are Becoming Invisible in Times of Peace

“I didn’t feel any support or empathy or hear someone say, ‘I’m sorry’. No! I heard many people say, ‘She got what she asked for.’ That hurts.”

“If I had stayed there, in Bosnia, I wouldn’t have had an even remotely normal life,” says MR, a women victim of rape during the war. When the war ended, she left Bosnia and Herzegovina (BiH). Her husband knows what she went through, but she didn’t dare to tell anything to her child. “I could never do that. Not even if I had two more life times to live,” MR continues, asking us not reveal her identity.

“Today, I work and have a life that one might say looks stable, but I’m not the same person. It marks you for life and there is no doctor or medicine that can fix you,” says MR.

“I always say to myself: I got another chance. If I had stayed there [BiH]… who knows,” she pauses to catch her breath. “You know, people find out about these things in smaller communities. They look at you like you’re… like this is my sin, like I wanted it,” MR explains.

“I’m not ashamed of myself. I know I succeeded in life, but when I back there [BiH] it all comes back… That is why I don’t like going back, I prefer it here, where I have everything, where I have a new me,” MR continues in her interview for Balkan Diskurs.

She doesn’t want us to reveal which religion she is because she believes that many women, regardless of their religion, are dealing with the same burden. “The evil chose us because of it [religion] but we don’t see the difference,” she said.

According to data from the United Nations in BiH around 50,000 women, girls, men and boys were raped during the war from 1992-1995. Today, 21 years after the war has ended, the victims are still seeking justice and understanding. Many of them don’t talk about it because they fear for the safety of themselves and their families and they don’t want to be judged by society. Many of them haven’t even told their loved ones.

NN1, an interviewee from Brčko, says: “I didn’t feel any support or empathy or hear someone say, ‘I’m sorry’. No! I heard many people say, ‘She got what she asked for.’ That hurts,” expressed NN1. This is only one example of the kinds of the opinions neighbors, friends, family members and society hold with regard to the victims of these crimes. More details are available in the study conducted by the United Nations Populations Fund (UNFPA) in BiH.

Sabiha Husić, Director of the non-governmental organization Medica Zenica has spent 24 years actively providing assistance to victims of wartime rape and other forms of violence. “Labeling victims of rape forces them to withdraw into themselves and into such a silence that they do not demand their rights. Very few have the courage to engage in legal processes and ensure that justice is served,” says Husić. According to her, many people will tell you that they don’t know anyone who is a victim of this type of crime, however, when you calculate the numbers, it is clear that this is impossible.

Husić warns of the discrimination that occurs during the process of acquiring official status as a “civilian victim of war”. She further explains: “With new amendments to the Law on Social Protection, this area is fairly well regulated in the Federation of Bosnia and Herzegovina entity, with a lot of help from civil society and international organizations. However, in the Republika Srpska entity victims have no such rights because the legal deadline for status registration expired in 2007.”

The Human Rights Ombudsman of BiH, Jasminka Džumhur, says that the most painful blow to the victims is not receiving that status. “The Law on the Protection of Victims of Torture, which presents clearly defined categories within this realm, seems like the best solution and its adoption would greatly remedy this injustice.”

NN3, an interviewee from the UNFPA report, says: “I submitted my health card to the reception desk at 6:30am, but I had to wait until 2:30pm to be seen. I asked the doctor, ‘How is it possible for someone who shows up at the doctors’ that early has to wait so many hours to be seen?’ My health card clearly states, ‘Woman Victim of War’. The doctor asks, ‘How come you are a victim of war?’ And then the insults start… He tells me that if I didn’t really want it, none of it would have happened to me. He throws my card on the floor like I’m a dog.”

The Defendant Has No Money

All of our interviewees agree that the state is obligated to provide full rights for victims of wartime sexual violence. “The gaps that exist are inconsistent with international law and various conventions, as well as the state, must provide a mechanism to stop these bad practices,” Džumhur emphasizes.

She recalled that the Court of BiH has issued three verdicts for the crime of wartime rape for which the accused didn’t have the money to pay damages to the victim. “In such a case, the state is considered co-responsible and must ensure that payments are made. On the other hand, the victim has the right to engage in further litigation, but would consequently lose the status of a protected witness, which can be very dangerous,” Džumhur explains.

The non-governmental organization TRIAL International organized an expert working group, which aimed to prepare amendments for a set of laws on civil litigation and enforcement procedures. The amendments are intended to enable the launch of these litigation procedures without the need to repeal or revise the measures taken to protect a witness’ identity. These amendments will be sent to the Parliament in the near future.

“Even when you talk in court, the lawyers look at you as a less valuable woman,” says NN1 (UNFPA report).

Džumhur continues on to explain that many good things have been done in order to keep this segment functioning. “New staff members have been hired in the prosecutors’ offices and in the courts to provide support witnesses, investments from international donors have gone towards improving the rooms where victims give their testimonies, psychologists have been employed… These are all improvements,” Džumhur reminds us while pointing out that there is still room for further improvements.

Husić later notes that victims are often used as a manipulation tool for political purposes, explaining that this is one of the reasons why she cooperates with the Association of Women from Banja Luka.

“Through this cooperation, we show that the victim has no nationality and this is important now and in the future.”

Džumhur concludes by saying that our painful experiences can not only serve as an example to others but also to ourselves regarding correcting what is wrong so that the victims can receive justice.