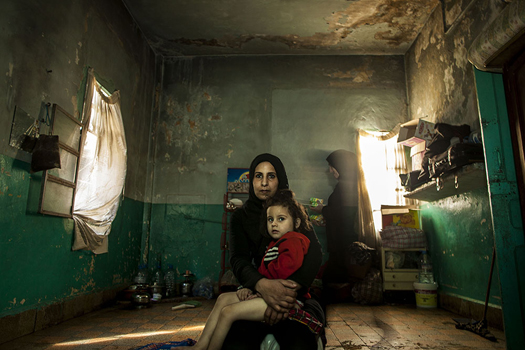 The Case for Action on Transitional Justice and Displacement

As the refugee crisis deepens, does action on transitional justice issues have to wait for peace? A new paper explores what sort of consultation and documentation work can be done now, while conflict is ongoing, to shape outcomes moving forward.

As many European countries were beginning to emerge from the depths of the financial problems caused by the 2008 global crash, a new crisis emerged threatening to envelop the continent: the displacement of huge numbers of people fleeing humanitarian disasters in the Middle East and Africa and a slew of related political, financial, and security problems.

A huge number of the people coming to Europe originate in Syria and Iraq, but significant numbers come also from Afghanistan, Eritrea, and Ukraine, among others. In most of these countries the crises that provoked the exodus are ongoing.

Mass displacement causes problems that have to be dealt with when a conflict is at an end.This includes aiding the return of people back to their home countries, developing plans for reoccupying houses and land, and other measures of reintegration and reparations. Traditionally it has been thought that resolving issues related to mass displacement (especially from a transitional justice perspective) has to wait for the end of a conflict: the issue is either seen as a second-order priority or one that can only be dealt with when peace comes. This paper challenges that notion. While it reflects on what can be done after a conflict, it argues that waiting for peace misses opportunities that allow for processes to develop even while conflict continues.

Technology has advanced: people can report on the events of their towns and villages instantaneously through smart phones and ever more sophisticated approaches to documenting and recording information. Experience teaches us that time can be used profitably without waiting for the end of a war to begin to address the causes and consequences of displacement. From developing accurate and credible accounts of violations and property and land holdings to creating DNA databases, concrete steps can be taken among displaced populations that have three advantages: they save time; they can inform the political discourse in which peace processes and negotiations take place, alerting participants to issues that have to be solved if durable peace is to be found; and they allow victims of displacement to play an active role in helping to shape their future.

It is in the interests of the states hosting the millions who have fled in fear to use the time and the presence of the migrants and refugees now to help shape the discourse and solutions for safer futures and allow for their return as quickly as possible.

Transitional justice aims to promote peaceful and inclusive societies, provide access to justice (in various forms) for massive and serious human rights violations, and build effective, accountable, and inclusive institutions. Addressing the legacies of serious violations can be attempted through many different means. These include criminal prosecution, truth-telling initiatives, reparations and restitution processes, institutional reform, and social and cultural interventions. Transitional justice is about the pursuit of justice in exceptional circumstances constrained by politics and resources. The numbers of displaced persons in the current crisis may be unprecedented. At least 12 million people are thought to be displaced internally or externally in Syria alone. There is no doubt that the primary generator of the current crisis is related to people fleeing war and violations, especially in Syria, Iraq, and Afghanistan.

Displacement is a concern of transitional justice because it is often integrally linked to human rights violations. First, violations such as mass killing, arbitrary arrest, torture, and rape, and the threat of their repetition, often cause displacement. Second, violations such as the destruction of homes and property are aimed at preventing people from ever returning home. Third, forced displacement is often a deliberate strategy of the parties to conflict and can constitute a war crime or a crime against humanity. Finally, displacement often leaves people vulnerable to a range of other violations, as they go months or years without the protection usually provided by their homes, livelihoods, communities, and governments.

Transitional justice should, therefore, be integrated into a comprehensive approach to resolving displacement crises. For the most part, this will occur once a conflict has ended, a political settlement has been reached, and internally displaced persons (IDPs) and refugees begin the long-term process of return and reintegration. Waiting for conflicts to be over to begin thinking about such a comprehensive approach is shortsighted and may miss contributions that can be made to peace processes directly or indirectly.

This brief note considers two things: first, the contribution transitional justice approaches can make in relation to massive displaced populations and refugee communities while a conflict is ongoing and, second, the different ways in which transitional justice can be used after conflict ends to address injustices associated with displacement and contribute to “durable solutions”— voluntary repatriation, local integration, or resettlement in a third country or community.

Potential challenges are highlighted along with recommendations of what can be done.