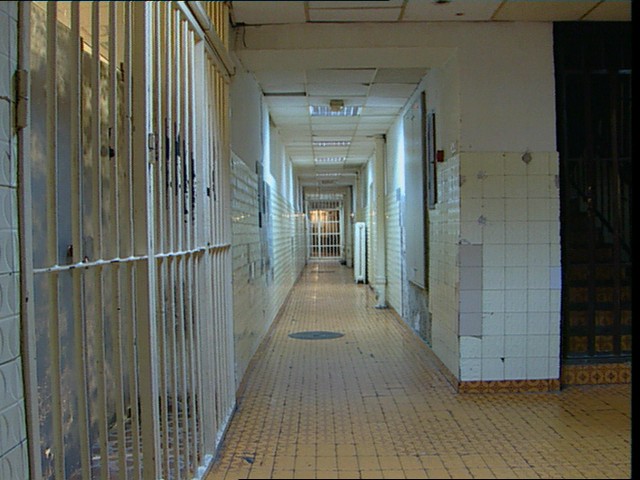 Bosnian courts have allowed five war crimes convicts to avoid serving their prison sentences by paying a fine, BIRN has found - a practice which critics claim makes a mockery of justice.

Research by the Balkan Investigative Reporting Network has established that cantonal courts and the Basic Court in Brcko have allowed five convicts who were sentenced to up to one year in prison to pay fines in order to avoid going to jail.
The courts ordered each of them to pay around 18,400 euros, a calculation based on the fact that, on average, one day in prison costs the authorities about 51 euros.

Amir Coralic is one of the convicts who paid 18,400 euros to avoid jail. After admitting guilt before the cantonal court in Bihac, he was sentenced last year to 11 months in prison for raping a minor in the Cazin area in 1993.

BIRN was unable to confirm however whether or not Coralic paid 25,500 euros in compensation to the victim, as ordered to do by the court.

The cantonal court in Zenica meanwhile confirmed that convict Atif Krkalic paid 18,400 euros instead of serving his sentence.

Krkalic was found guilty of having physically mistreated three Serb civilians while checking them to see if they had weapons in Jelah in the Tesanj municipality in June and July 1992.

His request to replace his prison sentence with a fine argued that he is a family man, that he has expressed remorse and behaved correctly during the trial, and also that the crime did not have any lasting harmful consequences.

The Zenica prosecution did not object to his request, and in its ruling, the cantonal court said that the fine served the purpose of punishment, that Krkalic was an elderly person who had not been convicted before, that a long time had passed since the crime and that the injured parties had not suffered any permanent harm.

The Basic Court of Brcko District has also made two rulings to replaces jail sentences with fines in war crimes cases.

Branko Pudic, who was sentenced to one year in prison for abusing detainees in the Luka detention camp in Brcko, has already paid the fine.

A decision in the second case is in the appeal stage. The defence lawyer for Nijaz Hodzic, who was sentenced to one year in jail for committing crimes against prisoners of war in the Brcko area, appealed against the ruling regarding the amount of money to be paid in his fine.

“We have filed an appeal, because the household does not have any income. I think only one member is employed and has a minimal wage,” said Hodzic’s lawyer, Lejla Covic.

In the meantime Hodzic was sent to prison to serve his sentence, but the defence appealed against that decision as well.

The fine to be paid should be reduced by the number of days he has spent in prison.

‘A war crime is not a speed-limit violation’

Although the law allows for prison sentences of up to one year to be replaced with fines, some judges and prosecutors believe that this means war crimes convicts are not being adequately punished.

Bojan Stevic, the president of the District Court in Trebinje, argued that war crimes are different from other offences.

“I find it disgusting that someone pays for a war crime. It is a caricature. War crimes themselves are grave, irrespective of the duration of the sentence, because sentences can be reduced for a thousand mitigating circumstances, but it is still a war crime, not a speed-limit violation,” Stevic said.

Senaid Ibrahimefendic, the president of the District Court in Eastern Sarajevo, argued meanwhile that the benefits to the budget of imposing fines and to the prison system of freeing up space in jails were not reward enough.

“The possibility of replacing a prison sentence lasting up to one year with a fine affects the income [to the] budget, but the issue is whether it serves the purpose of punishment. However, this is how they make room in prisons,” Ibrahimefendic said.

But rights advocates argue that war crimes convicts must have the same rights as everybody else, and that this is guaranteed under international conventions.

Court practices and laws in this field in the country’s two entities, the Federation of Bosnia and Herzegovina and Republika Srpska, are also not the same, which, according to experts, is also a basis for potential violations of human rights.

“As a citizen, I can say that the criminal codes in both entities, as well as court practices, should be the same,” said Dusko Ninkovic, president of the District Court in Doboj.

“A perpetrator sentenced to up to one year has a chance to replace his sentence with fine in one entity, but he cannot do it in Republika Srpska if his sentence is longer than six months. This causes dissatisfaction and inequality between people in the same country,” Ninkovic added.

Rada Kafedzic from the prisoners’ rights section at the Bosnian ombudsman’s office also said that it was not fair that the fines are sometimes calculated differently if the convict is employed or unemployed.

“All convicts should be able to pay the same amount of money as a fine if they are entitled to replace their prison sentence with a fine. This has not been harmonised in practice so far,” Kafedzic told BIRN.

“We have pointed out that non-harmonised legislation is the basis for the violation of rights for years. No matter which court we are talking about, the treatment should be the same,” she said.

Redzo Delic, the head of the war crimes and economic crimes section at the cantonal prosecution in the Zenica-Doboj Canton, argued that the authorities should reconsider the entire practice, arguing that if war crimes sentences are replaced with fines, the punishment is not severe enough for such grave offences.

“In my personal opinion, replacing a prison sentence for a war crime with [a payment] is inadequate. However, legislators presented us with it as an accomplished fact. They should have said that prison sentences for certain crimes cannot be replaced with a fine,” Delic said.