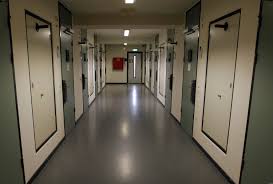 What 50 War Criminals Have to Say about International Justice

Do perpetrators of genocide and war crimes feel guilty? How do they see international justice? Have trials and tough sanctions changed their perspective, or do they dream of vengeance? Up to now, answers to such questions have been anecdotal. But for four years (2011-2015), lawyer Damien Scalia from the Catholic University of Leuven (Belgium) worked to fill this gap, with funding from the Swiss National Science Foundation.

He met 55 men accused of the worst possible crimes (genocide, war crimes and crimes against humanity), of whom 9 were acquitted. He met with 37 men accused of genocide by the International Criminal Tribunal for Rwanda (ICTR) and 18 others accused of war crimes and crimes against humanity by the International Criminal Tribunal for the former Yugoslavia (ICTY). Accompanied by psychologist Mina Rauchenbach and criminologist Marie-Sophie Devresse (both also affiliated with the Catholic University of Leuven), Damien Scalia visited Rwandan genocide convicts in the prisons of Mali and Benin, as well as ICTR acquitted persons still living in the “safe house” in Arusha. He also went to various European prisons to meet ICTY convicts. He asked them questions and they replied on condition of anonymity. Damien Scalia undertook a strange journey into the world of these war criminals, where feelings of guilt hardly seem to exist. For those who hoped for remorse, or at least that questions about responsibility for their acts would haunt them, the results of this study are a resounding disappointment.

JusticeInfo: What led you to undertake this research?

Damien Scalia: There is all kinds of literature about the expectations of victims and people in conflict zones on international justice. There are also a few studies, mainly led by psychologists, on how people cross the line to become war criminals. But there was virtually nothing on how war criminals perceive international justice. And yet, they are one of the main actors. That’s what we wanted to explore.

DS: Yes, on several counts. In fact, apart from high-profile Accused like political leaders Milosevic, Karadzic and Seselj, nearly all the Accused, or at least the 55 I met, played the game of international justice. They did not behave like former Chadian dictator Hissène Habré who, throughout his trial, remained silent and hid his eyes behind dark glasses. They organized their defence as best they could. In retrospect they all say – and I cannot say if it is sincere on their part or if it is a reconstruction after the event – that they were expecting justice from the tribunal, but they did not get it.

JusticeInfo: Did you meet any genocide or war crimes perpetrators who were filled with remorse?

DS: Out of the 46 war criminals I talked to, only two admitted guilt. One is from Rwanda and one from former Yugoslavia. I don’t know if it is a coincidence, but both were accused of rape and sexual violence. Is that more difficult to deny than bombing civilians? Perhaps, but other people accused of sexual violence have denied responsibility. Having said that, if you talk to a lot of ex-ministers and political leaders, they were never confronted with the realities of war. So it’s easier for them not to feel any remorse or guilt.

They see themselves as scapegoats or token victims

JusticeInfo: You mean they don’t feel at all guilty?

DS: Yes. Strangely, I did not meet any revisionists. Nobody tried to deny that there was a genocide against Tutsis in Rwanda, nor war crimes in former Yugoslavia. But they say it is not they who are guilty. Sometimes they imply it is their prisonmate and that he acted to keep power or his leadership position, or out of fear for his own skin. But individually, they do not admit they are guilty, they say rather that they are scapegoats or token victims. One of them told me, for example, that “when I listened to the indictment, I felt they were talking about someone else”.

JusticeInfo: So they are reversing the roles?

DS: They perceive themselves as victims. I imagine this may be for several reasons. First of all, the confrontational nature of the trials means they need to defend themselves. Secondly, it is symbolically hard to be labelled a “genocide perpetrator” or “war criminal”, and a psychological resistance mechanism develops. As for those who pleaded guilty before international justice, they told us they did it for tactical reasons so they would get a reduced sentence, but they don’t really feel guilty! Finally, they all think that international justice is illegitimate, made up of people who understand nothing about their culture or the realities of their war. One Rwandan compared his judges to blind people incapable of perceiving “the reality”. One former military leader from ex-Yugoslavia told me that using Western concepts like “command responsibility” was absurd in the context of the wars in former Yugoslavia. “I had tens of thousands of men under my command,” he said. “No doubt a few dozen of them committed crimes. But how was I supposed to know that in the chaos and anarchy? They were ordinary people who took up arms and acted as best they thought fit. The Tribunal imagines that every army is disciplined and obeys a strict chain of command, like perhaps some Western armies. But that was not the reality.”

JusticeInfo: Is there a difference between the criminals from Rwanda and ex-Yugoslavia?

DS: The main difference stems from the fact the ICTR had a mandate to punish all international crimes committed in 1994 in Rwanda, but only punished those who perpetrated genocide against Tutsis and no-one from the other side. In the eyes of the perpetrators of the genocide, this was proof that the Tribunal was biaised. As a general result, they believe – and this is also true for the war criminals from former Yugoslavia – that international justice is the continuation of the war through judicial means. Their trial and the years spent in prison have not served any educational purpose. Some say they would like to return to power. All the Accused agree that, according to them, international justice is politicized and controlled by their former enemies and the West.

JusticeInfo: How did international and national judicial authorities respond to your study?

DS: We are hoping to present our conclusions to the International Criminal Court. I have to say that we have been surprised by the virulence of criticism against our research. Many jurists think that these people are the authors of such terrible crimes that their opinions do not count. We, on the other hand, think it essential to know more about the reactions of key players in international justice, and, whether you like it or not, the Accused are key players.

JusticeInfo: And finally, what are your conclusions from this unprecedented study?

DS: One of the points the Accused keep bringing up is their desire to mark a difference between “them”, the foreign judges, and “us”, the Accused who feel dispossessed of international justice. One thing I would like to verify is whether national justice and Truth Commissions would be better accepted by the Accused.