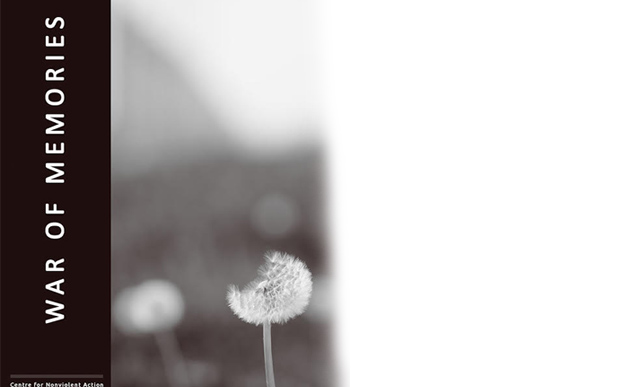 Research on culture of remembrance

Title: "War of Memories. Places of suffering and remembrance of war in Bosnia-Herzegovina"

Before you is a publication developed as part of the project “War Monuments in Bosnia and Herzegovina (since 1991)”. The aim was to research (document and analyse) memorialisation policy and culture of memory in Bosnia and Herzegovina from all three warring sides, viewing it primarily in terms of potential to bring lasting peace and reconciliation.

The intention of this critical review is to raise awareness about the current models of collective memory, encourage open dialogue on the existing models of memorialisation, and call for new solutions whose primary focus will be the victims of injustice and violence, whatever their origins. Identifying similarities and differences among ethnic models of memory, and their entrenchment in national narratives, we hope to open a space for constructive change towards a more inclusive, non-nationalist and peace-oriented culture of memory. We hope that this process will at least partly undermine political manipulation of the past and inspire long-term processes of reconciliation, institutional support and the involvement of the wider public in the process of building lasting peace in this region.

During three years of research, we surveyed a large number of monuments and unmarked sites of suffering throughout Bosnia and Herzegovina, and we managed to gather basic data on 85 of them.

Each monument is accompanied by a fact sheet providing information about to whom, where and when the monument was erected (or not erected, in the case of unmarked sites of suffering), the dimensions of the monument (whether it is part of a complex or stands independently), a transcript of the inscription on the monument, who initiated the construction of the monument, sources of funding, whether and at whose request any subsequent changes had been made, and how the monument is used today (special dates, commemorations, visits).

We have gathered quite extensive materials, much broader than the initially planned monograph publication. While we were gathering materials, we often heard that these monuments are not getting the attention they deserve. Many of them are interesting in and of themselves and faithfully represent the dominant culture of memory in Bosnia and Herzegovina, as well as perceptions of postwar reality, so we did not want to miss the opportunity to record them. We therefore decided to publish all the data we had gathered on a website designed specifically for this purpose (kulturasjecanja.org) in order to make these materials available to the wider public. The website will continue to be updated with new monuments and (un)marked sites of suffering, as well as all other relevant information we manage to obtain.