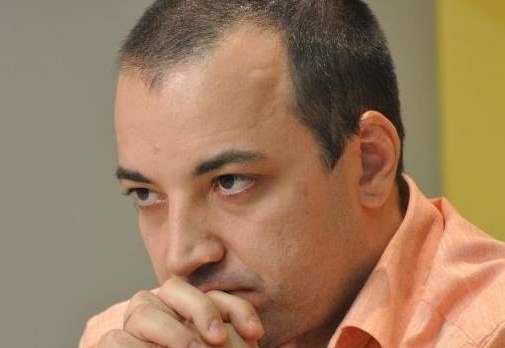 Transitional Justice and the European Integration

Europe as a community of values or just another economic union? A Europe that we turn to for valuable and important experiences to build a better society or an ATM for taking care of short-term voters’ requests? These are neither new nor unknown questions, especially not in Serbia. They have been raised ever since the country began thinking of joining the community of European peoples. That was in 1989, when the government of Ante Marković, of its own accord expressed the desire for Yugoslavia to join the European economic community, which was confirmed in January 1990 at the Federal Assembly. Like the rest of the Yugoslav experience, at least the one that was not marked by the conflicts between peoples and republics, this moment too - a very important one for our history - is all but forgotten. When we remembered (then already) the European Union again, a whole decade had passed, and it was the one decade that defined the relations between Serbia and the EU, in a drastically different way.

After the wars in Yugoslavia, questions regarding the European values and the essence of the European Union were raised in a sharper tone. At the time, Europe was burning with dramatic arguments about historical memory: what we remembered, what we forgot, and why; what were the foundations of the society we were building; were they imbued with the experience of the Holocaust and the willing collaboration with Hitler’s regime, or with the resistance against it, often coming from shunned, leftist, and communist circles? Among the so-called older members that discussion did not crucially depend on the EU, because there was no way for something like that to be imposed on members. But it was different for those countries that became members after 2000. There was a strong tool in the form of the pre-accession process, which was used to force countries not only to prevent abuse of competition or introduce new capital market instruments but also to work on their own value foundations. The story of how central and eastern European countries went through that process is special and a bit sad. They were allowed  not only to whitewash their past, erasing the dark stains of collaboration with fascists, but also to erase an entire period of communist rule, attributing it to famous Russian tanks and a supposed occupation. For the states of former Yugoslavia, however, different rules applied because of the wars that were waged here. The question was raised regarding dealing with such a difficult and burdensome past and the implementation of transitional justice measures in order to at least begin solving that problem. 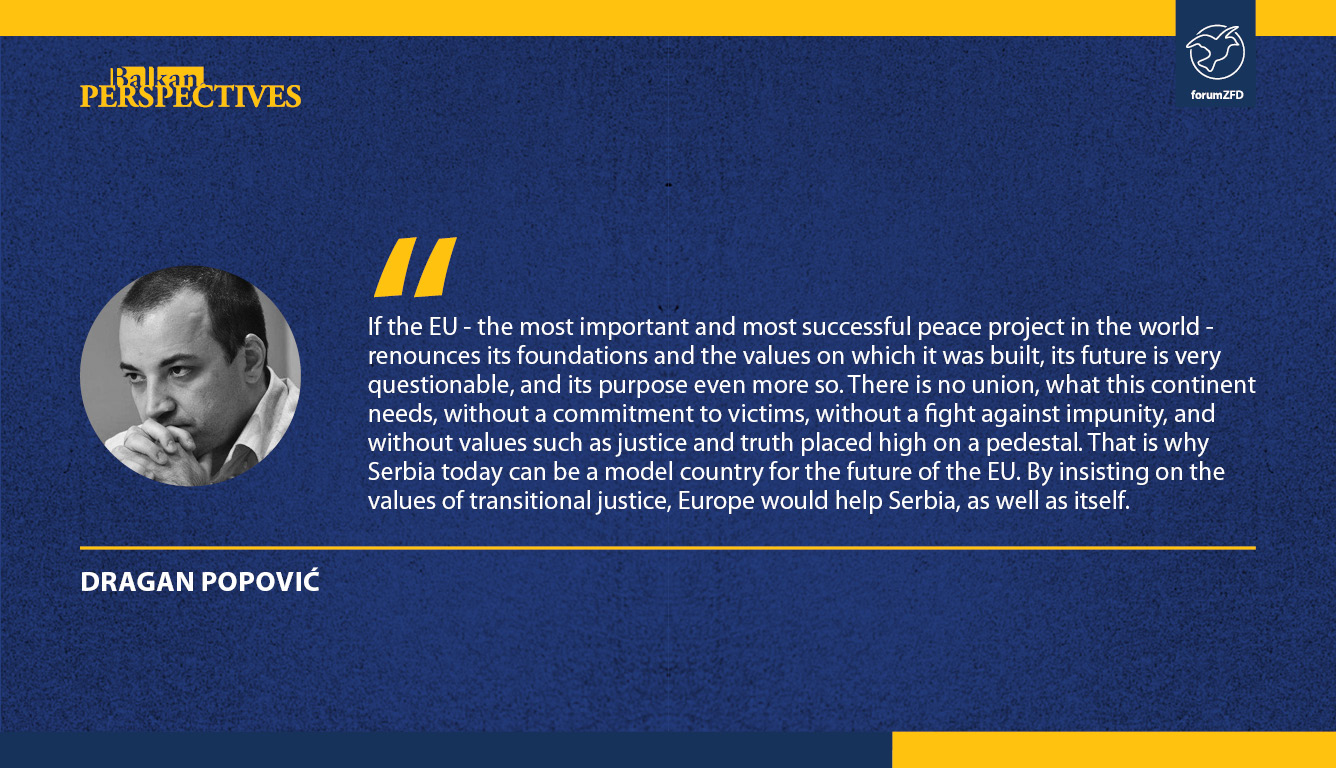 Civil society activists, especially peace activists, have seen in the process of EU integration an opportunity for a serious ally in the organization of their own societies. An ally who has had an undeniable influence on the politics of all societies of former Yugoslavia. The logic behind that kind of thinking was simple. If the EU wanted to help candidate countries, to make them accept some basic norms of civilization (for example, to punish crimes and give victims the right to justice, truth, and reparations), then it would be enough to make those rules part of the obligations that the countries had to fulfill in order to become members. The entire process did start off in that direction, however it was followed by numerous problems, allowances, and a painful tug of war between the EU and the Yugoslav states, especially over the co-operation with The Hague Tribunal. Nevertheless, things were headed in a somewhat good direction. A serious turning point happened with the great economic crisis in 2009, which turned into a political crisis and a crisis of the EU’s legitimacy. It shook the very foundations of the community. Questions were raised regarding the point and need for further enlargement, regarding security and migration, about protecting national interests instead of the more universal ones. It also influenced the processes of dealing with the past. Faced with a major crisis, conflicts between member states, Brexit, the closing of borders to migrants, strengthening authoritarian tendencies in member states, the EU has put the issue of transitional justice on the back burner. Serbia remained in the last group of countries, the one which now raises very serious doubts if it will ever enter the EU. It also affects the strength of the once very powerful mechanism of putting pressure on candidate countries. When we recall how important and current the issue of cooperation with The Hague Tribunal used to be during the 2000s (more important even than with Kosovo), the current situation where it is hardly ever mentioned that Serbia should extradite Vjerica Radeta and Petar Jojić to The Hague, seems like science fiction. Obligations toward the victims, including extremely sensitive issues such as the fates of missing persons, have almost been erased from the agenda of the European officials. Some obligations are still modestly mentioned in the regular annual reports on Serbia's progress, but no one pays attention to that anymore.

This situation of essentially losing an important ally should force the civil society in Serbia to change its tactic. The goals which are still important cannot and should not change, but the methods of work certainly cannot stay the same. On the other hand, civil society in Serbia can help the entire continent in solving the issues mentioned in the opening of this article. The behavior of the EU in this case shows its crisis is much deeper than what it seems to be on the surface. Transitional justice measures are designed to return human dignity to those who were deprived of it by force, as a result of horrible ideologies and politics directed against entire groups of people, as well as against the modern and open society as such. If the EU - the most important and most successful peace project in the world - renounces its foundations and the values on which it was built, its future is very questionable, and its purpose even more so. There is no union, what this continent needs, without a commitment to victims, without a fight against impunity, and without values such as justice and truth placed high on a pedestal. That is why Serbia today can be a model country for the future of the EU. By insisting on the values of transitional justice, Europe would help Serbia, as well as itself. Civil society in Serbia has the opportunity to help and encourage colleagues across the continent to fight together for the Europe that its founders dreamed of after the hell of the Second World War.

Dragan Popović is a longtime and experienced activist for human rights and dealing with the past. He has worked for numerous civil society organizations in Serbia and in the Western Balkans. He completed his BA and MA at the Faculty of Law in Belgrade and is currently studying for a PhD in history at the Faculty of Philosophy in Belgrade. He is the author of numerous books, articles, studies and reports on transitional justice, human and minority rights, the rule of law and civil society.