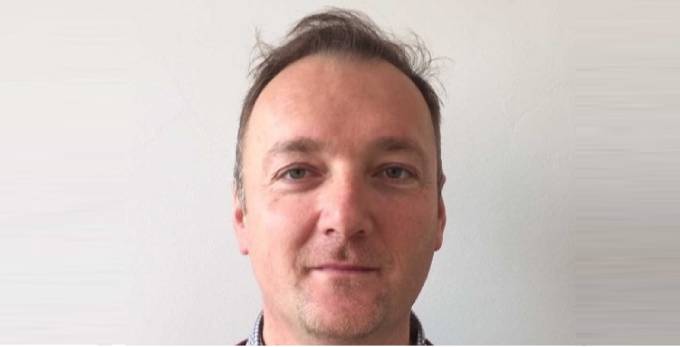 The European Union’s enlargement policy towards the Western Balkans inserted very early on the reconciliation between former enemies as a condition for the country candidates to enter the Union. At the Zagreb Summit in 2000, reconciliation was emphasized together with democracy consolidation and regional cooperation. In the Thessaloniki Summit in 2003, which confirmed the European future of the Western Balkan countries, mechanisms of transitional justice were added to the Stabilization and Association Process (SAP). This process resulted in the Stabilization and Association Agreements (SAA). The last country to sign the SAA with the EU was Kosovo in 2015. The Berlin Process was established in 2014, outlining that the Western Balkan countries should make “additional real progress in the reform process, in resolving outstanding bilateral and internal issues, and in achieving reconciliation within and between the societies in the region”.[1] The EU’s Western Balkan enlargement Strategy of 2018 is the most serious EU strategy on transitional justice. It concludes that the process of transitional justice in the Western Balkan is incomplete, and reconciliation cannot be imposed from outside. It states that local political leaders should take ownership of it and lead by example. Elites in the Western Balkan are invited to leave behind the provocative statements of conflicts and ethnic-nationalist discourses and that “There is no place in the EU for inflammatory rhetoric, let alone for the glorification of war criminals from any side.”[2]

The overall aim of the EU enlargement policies in the Western Balkan countries was to create the necessary conditions for building political, economic, and law enforcement capacities. With regards to the transitional justice and reconciliation, the EU favoured a top-down approach by focusing primarily on the institutional level, without significantly supporting the bottom-up transitional justice mechanisms. The EU’s limited bottom-up strategy consisted of funding some civil society organizations focused on war crime investigations, past abuses, and war crimes. Nevertheless, the EU’s engagement with civil society actors in the process of enlargement “has been hampered by its rather limited focus on technocratic procedures […] much of the good that the EU could have done to build civil society in the region has been lost, as attention has been focused far too much on the elites.”[3] The EU supported the regional truth commission, known as RECOM, which was initiated in 2008 but did not become functional because of the lack of political support.[4]

The EU used conditionality to push the Western Balkan countries to cooperate with the International Criminal Tribunal for the former Yugoslavia (ICTY). Conditionality constituted a precondition for all the countries of Western Balkan to advance in their road towards the EU integration. The EU pressured Croatia, Serbia, and Bosnia-Herzegovina to deliver their war crimes suspects to The Hague Tribunal. Kosovo signed its SAA with the EU in October 2015, only after the Kosovo Assembly voted for the creation of the Kosovo Specialist Chambers (KSC) in August of that same year. 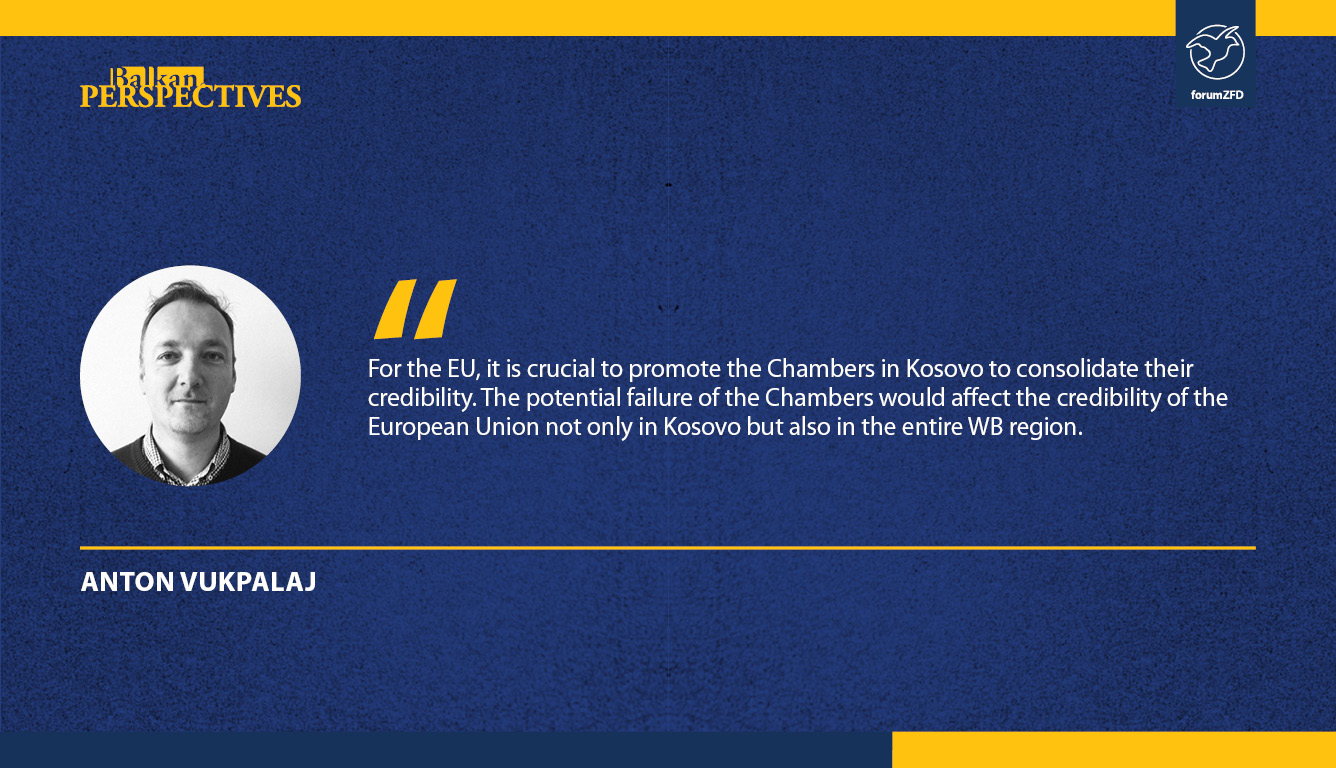 The EU’s policy towards Kosovo regarding transitional justice and reconciliation favoured a retributive justice. This support of retributive justice mechanisms in Kosovo is in line with the EU’s overall support of democratization and law enforcement. Retributive justice consists of judging the crimes of the past to achieve political transformation of societies through the application of the law. Accountability is considered as “an end to impunity” and the punishment of war crimes “locates the responsibility with the individual.”[5]

Two hybrid judicial mechanisms were created and supported by the EU in Kosovo: the European Union Rule of Law Mission in Kosovo (EULEX) and the Kosovo Specialist Chambers (KSC). EULEX was deployed in Kosovo in 2008, following Kosovo’s declaration of independence, and remains to this day, the EU's largest and the most expensive Common Security and Defence Policy mission sent to a third country.[6] In the framework of this mission, the EU deployed judges and prosecutors to support the rule of law institutions of Kosovo. The aim of this mission was also to get closer to the local population and address the defects of the United Nations Interim Mission in Kosovo (UNMIK) that had preceded it. In addition to its support of Kosovo institutions and similar to UNMIK competencies, in the field of law enforcement and democratization, this mission was given executive powers to judge war crimes. In Kosovo courts, EULEX’s panels were mixed, composed of local and European judges whereas the prosecutors were internationals. In this respect, these panels were similar to “Panels Regulation 64” created by UNMIK in 2000 and consisted of the integration of international judges and prosecutors in local courts. This model served later as an example for the creation of hybrid criminal courts globally (Sierra Leone, Cambodia, East Timor, Lebanon, Bosnia-Herzegovina, etc.).

However, and despite the great support that EULEX has had at the beginning, its final achievements remain mitigated. The trust in EULEXs among the local population dropped continously. Several reasons should be mentioned for this. In particular, the difficulties which surrounded the two trials of the former KLA commanders.[7] EULEX met with many difficulties such as lack of adequate witness protection, the length of the proceedings, and internal scandals that tarnished the mission’s reputation among the local population. Despite its failures, from 2009 to 2018, “EULEX prosecutors have filed 22 cases in which 39 Albanians, 11 Serbs, one Montenegrin and one Roma, Ashkali and Egyptian communities were indicted for war crimes.”[8]

The second retributive justice institution in Kosovo supported by the EU is the Kosovo Specialist Chambers. The voting of the Chambers followed after the Parliamentary Assembly of the Council of Europe (PACE) adopted, in January 2011, a report on crimes committed by the former KLA members during and after the Kosovo war in 1999. Following this report, the EU set up a Special Investigation Task Force (SITF) to investigate alleged crimes. Based in Brussels, this task force investigated for three years and rendered its conclusions in July 2014. In its final report, it claimed, “it would be in a position to file an indictment against certain senior officials of the former Kosovo Liberation Army”.[9] Following the findings of the task force, the EU assumed the full burden of the Kosovo Specialist Chambers (KSC) from law sponsorship to full control of the establishment, operation, and funding of the Chambers.[10] In the background, KSCs had also to cover EULEXs shortcomings. Nevertheless, EULEX remained in charge of appointing judges, assisting investigations, and transferring the accused to The Hague.

Although it is too early to assess the work of the KSCs because the first trials have just begun, the indictment of the former KLA former heads who were also powerful post-war politicians, found little support among the majority Albanian population in Kosovo.[11] After their creation, the Chambers made a big splash on the political scene of Kosovo. In December 2017, there was a coordinated effort of three coalition parties in power to disable the functioning of the Chambers by a temptation to revoke the Law on the Specialist Chambers. This initiative was stopped only after strong American pressure.

Kosovo-Serbia relations also affect the work of these institutions. Serbia’s denial of crimes committed in Kosovo and the lack of war crime prosecution in Serbia influenced the rejection of the Chambers in Kosovo. In Kosovo, the EU is blamed for not being able to impose on Serbia a similar institution, and the KSC is criticized as a court created to judge only Kosovo Albanians.[12] Several civil society organizations criticized the Chambers for their lack of local judges and prosecutors as well as for difficulties to use the Albanian language.[13]  Other critics consider the Chambers as an institution that aims to achieve the objectives of the West.

For the EU, it is crucial to promote the Chambers in Kosovo to consolidate their credibility. The potential failure of the Chambers would affect the credibility of the European Union not only in Kosovo but also in the entire WB region.

Anton Vukpalaj is Assistant Professor of Political Science at the University of Prishtina, Kosovo. He studied Political Science, Political Sociology and Comparative Politics at the French University of Sorbonne (1994-1999), and the University of Paris 10 Nanterre (2001-2008). He is specialized in the study of transitional justice mechanisms (judicial and non-judicial) in South-eastern Europe and more precisely on questions of reconciliation and policies implemented locally and nationally. He has published extensively on the Western Balkans. His most recent book (edited with Arben Hajrullahu) is: Forging Kosovo: Between Dependence, Independence and Interdependence, Peter Lang, Bern, 2021, 324 pages.

[1] The text is available at: About - The Berlin Process

[8] G. Visoka, B. Lumi (2020). Democratizing Transitional Justice towards a Deliberative Infrastructure for Dealing with the Past in Kosovo, a publication by PAX, Integra and New Social Initiative (NSI), p.15. PAX_REPORT_Kosovo_ENG_FINAL.indd (ngo-integra.org)