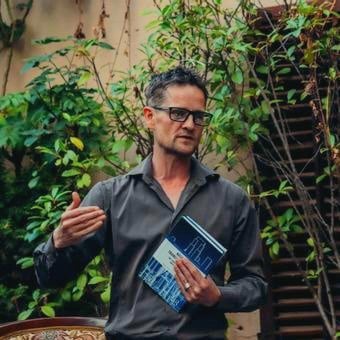 The European Commission Progress Report for Kosovo 2021 suggested that the country develops an “overarching strategy” for transitional justice, including a comprehensive approach to addressing its past. The EU executive branch also reminded Belgrade authorities to show a “genuine commitment” to investigating and adjudicating war crimes cases.

Aidan Hehir, a Reader in International Relations at the University of Westminster, UK, says that the European Union’s plan on transitional justice towards aspiring countries “is little more than words on paper”. In an interview for Balkan.Perspectives (BP) Hehir emphasises that the commitment to implement an EU policy on Transitional Justice is a box ticking exercise on the part of the EU. 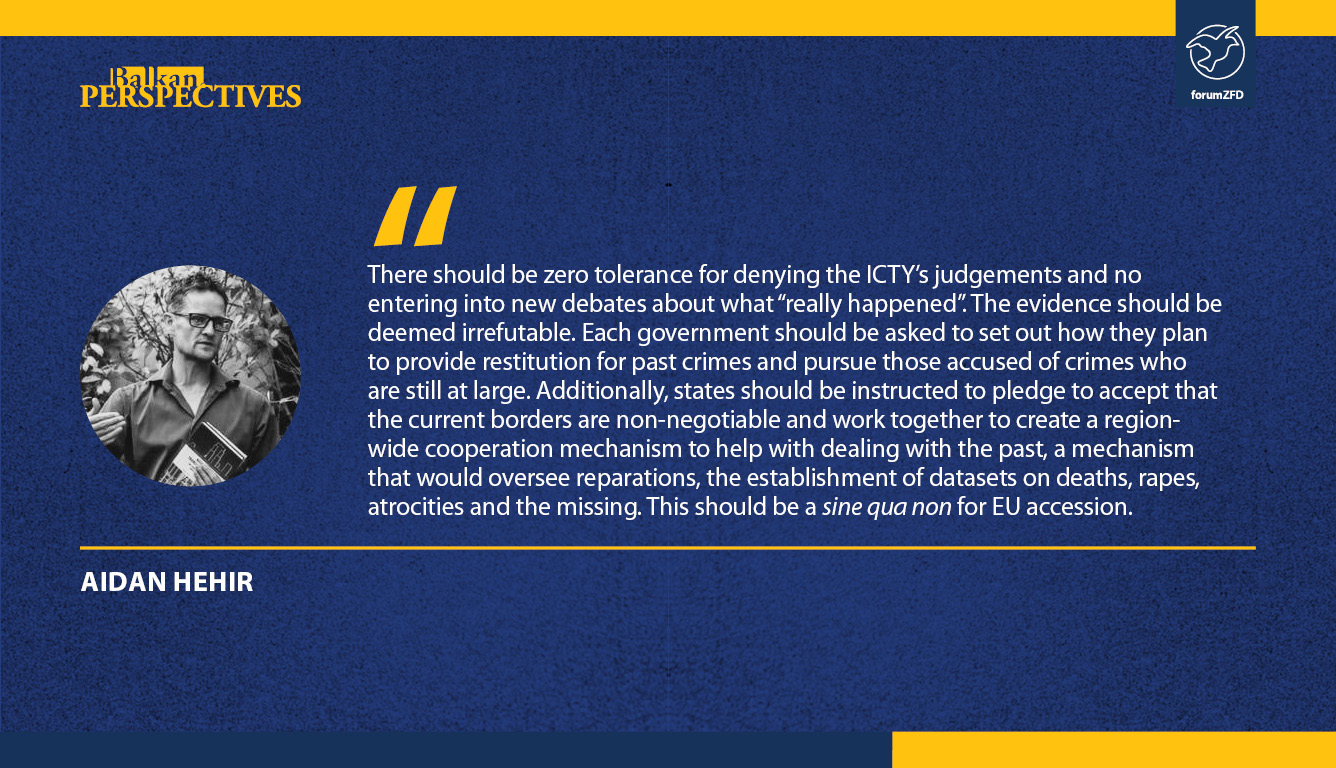 BP: As part of the EU Action Plan on Human Rights and Democracy, the EU made a commitment to develop a Transitional Justice Policy, but such an initiative has had an invisible impact in Kosovo and Serbia. In this regard, how do you outline the EU’s role?

Hehir: The EU’s plan is little more than words on paper. I don’t believe people on the ground are aware of it, and I can't recall any reference to it by any governments. So, I’m not convinced it’s anything more than a box ticking exercise on the part of the EU. How can anyone take their statements on transitional justice seriously? Also, the European Commission’s stance in the new report was mute and transitional justice was nowhere mentioned in its 134-page report. The fact is that the EU has done next to nothing to censure governments. This is far more important than publishing some worthy document that few will read, and no one will act upon.

BP: How can the EU be more engaged in countries where past violations and abuses impact their integration process?
Hehir: It should be straightforward: the facts established by the ICTY and other trials could be used as the basis for establishing a body of evidence that each government should be instructed to address. There should be zero tolerance for denying the ICTY’s judgements and no entering into new debates about what “really happened”. The evidence should be deemed irrefutable. Each government should be asked to set out how they plan to provide restitution for past crimes and pursue those accused of crimes who are still at large. Additionally, states should be instructed to pledge to accept that the current borders are non-negotiable and work together to create a region-wide cooperation mechanism to help with dealing with the past, a mechanism that would oversee reparations, the establishment of datasets on deaths, rapes, atrocities and the missing. This should be a sine qua non for EU accession.

BP: The EU says there is a need to learn about how its member states have addressed past legacies. But are Kosovo and Serbia learning anything?
Hehir: If there is an investigation into how much each state has learned then Serbia will undoubtedly come out bottom amongst the Yugoslav successor states. There is no evidence that Serbia’s government has fully accepted the nature of its past crimes and this highlights the failure of the various transitional justice mechanisms employed to date, whether judicial trials and truth commissions. There are many people within Serbia and Kosovo who have worked to establish detailed information on past crimes and so it is possible to determine the facts surrounding the conflicts, but governments and international actors have essentially ignored their work and the issue as a whole. The current government in Kosovo, however, does appear to be more committed to actually dealing with transitional justice as evidenced by the new initiative they launched this summer.

BP: There is a clearly expressed wish for political support from the EU in relation to the initiative for the establishment of a regional commission in the Western Balkans to address past legacies. What would a regional commission look like?
Hehir: Civil society remains more actively engaged in reconciliation initiatives, rather than institutions. The RECOM initiative was an attempt to do this. It was a good idea but lacked teeth. Governments in the region just ignored it, Croatia and Serbia in particular. For a regional commission to have any real impact in this issue, it should be tied to EU accession and include sanction for non-compliance.

BP: In an environment like in the former Yugoslavia countries, can such a mechanism be more effective than the existing mechanisms, such as regional cooperation, rule of law, and reconciliation?
Hehir: In the absence of any punishments for non-compliance, these mechanisms will fail. At best governments will pay lip service, at worst they will simply ignore them. Successful transitional justice mechanisms are always a bottom-up process and as such people on the ground should lead these initiatives and determine both their scope and aims. But external actors can facilitate them by stating that compliance is essential for EU accession and development aid.

BP:  In the current landscape of an ongoing search for justice processes that are more reparative rather than restorative, can the focus on regional mechanisms be productive?
Hehir: Yes if the regional mechanisms have the ability to censure states for non-compliance. Laws with no means will be solely word on paper.

BP: How do you see the current developments on the non-paper and the "leaked" info from French, Danish and Dutch diplomats?
Hehir: There is very little appetite for EU enlargement among certain key member states, most notably France and the Netherlands. This is a function of various factors and not just a view held by the political elite. The general public throughout the EU are wary of further enlargement. So, the prospects of the promises made at the 2003 Thessaloniki summit coming to pass anytime soon are very remote. It is very clear that the EU is determined to prioritize Serbia’s accession above all others. This is a disgrace given the behaviour of the current government in Belgrade and a singularly geopolitical calculation that will have potentially two grave consequences. Firstly, it will anger others states in the region who are naturally against Serbia getting away with its aggressive behaviour and still be embraced by the EU. Secondly, incorporating an authoritarian regime like that in Serbia into the EU will further degrade its internal cohesion and undermine its core principles of democracy, judicial independence and press freedom.