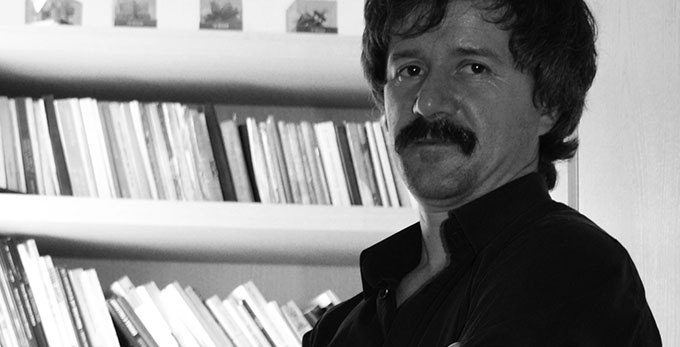 How to Read Bogdan Bogdanović Today

In the framework of the festival “Mirëdita – Dobar dan”, which is held in honour of the actor Bekim Fehmiu, with the purpose of promoting the coexistence and tolerance between Serbs and Albanians, a summary of excerpts from the interviews of the architect, urbanist, urbanologist, idealist, Professor Bogdan Bogdanović, selected and prepared for publication by Shkëlzen Gashi, was promoted. As someone who divides personal education, and consequently, a part of his life too, between these two spaces, I could not help it but rejoice and therefore not miss being present at an event like that. Although I was interested in the book from the moment it was notified it would be published, I could not manage to find it until the promotion day. Although I had my doubts that it would be unlikely I had missed any writings from one of the personalities who has influenced me the most in my professional formation, this did not quench at all my curiosity to look into pieces of his thoughts that were wound together in a single volume to be presented to the public in Prishtina.

A cute format, with modest covers made of brown paperboard, encased excerpts from 16 of his interviews, presented in chronological order in three languages: Albanian, Serbian, and English. The front cover showed a picture of a noble Bogdan, with his glasses, looking away into the horizon, seemingly watching in remorse the realization of all catastrophes he has warned us about constantly. As soon as I returned to my flat, I read them once more, as I was interested in how it resonated when reading at once the words spoken from 1989 published in “Valter” of Sarajevo to the ones spoken in 2008 for Notre Europe’s Research Program on European Identity. In fact, it summarized all interviews in which he had spoken about the Kosovo issue, and the position of Albanians within former Yugoslavia, specifically Serbia, because as we know, in 1989 Serbia had suppressed all the federative rights of Kosovo. As one of the first opposers of Slobodan Milošević’s politics that were initially nationalistic and later on fascistic and exterminating, he always was on the side of the right of Albanians to be equally treated as the other nations of the federation of one time. The interviews begin with his personal experiences from the ‘80s, which he lived through on his way back from Mitrovica of Kosovo to Belgrade with an Albanian driver, during which, as he says, he experienced what it means to be an Albanian in Yugoslavia. He continues with highlighting the best side of the Rugovians, who, in spite of being predominantly Muslim, for centuries defended and looked after the Patriarchate of Pejë/Peć and always considered it their sacred place too. The events by the end of the ‘80s and beginning of the ‘90s enabled him and his fine sense of discernment to ascertain that if the power of Belgrade would not stop soon discrimination and oppression of the Albanians in Kosovo, we will slide into a war and then it will be too late to have Kosovo as a republic within Yugoslavia.

Despite all such positions that he supported based on the universal human rights and freedoms to live freely and with dignity in any part of the globe and never as a supporter of national programmes of anyone, because his cosmopolitan nature went beyond hermetic national or religious shells, and this did not spare him from being labelled as a supporter or one side and enemy of the other. After all, in the Balkans one does not need to take a side as the others will assign it to you! Any argument one has to defending a universal cause, one can never be on the side of good people from both sides. One is either with us or them! Therefore, the idealist partisan of the Second World War, the successful mayor of Belgrade, the designer of extraordinary memorials dedicated to the victims of the Second World War, one of the best professors at the Faculty of Architecture of the University of Belgrade, all of a sudden became a traitor to his own nation. According to the law either with us or with them, this automatically displaces him as the hero of the other side. Thus, the Albanians of Kosovo simply accepted him, not because they understood well the doctrine and philosophy on basis of which he had built his stance in their defence or even that they truly believed in them but simply because he had been rejected by the other side. Here we reach to the point that perhaps even the interviews that said book contains, are (mis)understood even nowadays in this manner. Someone who reads only these excerpts from the interviews, without knowing Bogdan the philosopher, the author of numerous books about urbanology, will only understand him superficially as someone who, at a certain moment, has merely taken our side politically!

This means to radically misunderstand Bogdan. Every misunderstanding, or rather non-understanding of the essence, regardless of how useful it may be at a certain moment in time, in the long-term and substantial meaning does not help a lot. Thus, we have accepted as fair by Bogdan, and we pretend to have understood only his political positions related to us but nothing else beyond it. Our developments in the last twenty years have shown that we learned nothing how to deal with the city, the citizens, the environment, the memorials, the movable and immovable heritage. If his memorials were based on trans-ethnic and trans-religious symbols seeking to be as removed from the political-ideological signs as possible but rather inspired by archaeological materials based deeply on archaic prototypes that manifested the indomitable joy of life vis-a-vis death, I cannot say that our memorials in the last twenty years manifest even a speck of these principles. If we look at the development of our cities in the last two decades, not only we learn nothing from his small urbanism (1958) how to handle the squares, how to place statues, how to create relations between the new and the old, how to treat the architectural landscapes etc., in fact we do quite the opposite often my moving the worst direction which he warned us not to take. Out cities were taken over by large masses of the population, just like he talks about in “For the city or against it” (“Za grad ili protiv grada”) where, while they did not burn or destroy like the Huns, but the mere lack of control of such flux pushed the cities towards self-destruction, to uncontrolled malignant growth. If within the same text he continues to draw our attention to the fact only since the birth of the cities humans have created opportunities to look at themselves retroactively and that before the cities emerged, humans were merely creatures with no history, how much did we take care in the last twenty years to preserve the historical layers of the city so that it can play this historical role?!

If by observing the bombing of Dubrovnik it is ascertained that city-haters and city-destroyers are not ghosts out of books but living people walking amongst us, are we sure that nowadays, they have disappeared into our cities?! Could it be that from shell bombing they have moved into constructing building wherever it pleases them suffocating the city?! Are we sure that the primitive who refuses to accept at all costs that things existed before them, is not the boss our cities today?! If in the “Ritual Suffocation of the City” (“Ritualno ubijanje grada”) he clearly tell us that urbanism, as the foundation of a city means in the majority of most important European languages compliance between thoughts and words, words and feelings, feelings and actions, which of these virtues do our cities of today manifest?! Or what happens is exactly what he envisages, that when someone cannot adapt to the rules of urbanity finds it easier to eradicate it!

While I regrettably have no answer to all the questions posed above, they do not need any answers, as they are known to everyone living in the cities of today now, they are the opposite of everything Bogdan strived for his entire life. What about the future of the cities?! Undoubtedly, here he comes to our aid again by drawing our attention in “The New Alexandria or Old Babylon”, (“Nova Aleksandrija ili stari Vavilon”) that if the future is not cosmopolitan, pax urbana, then it will be barbarian. However, he continues that pax urbana cannot be achieved without a radical detribalization of mentalities. Looking at the daily promotion of neighbourhoods of relatives surrounded by Medieval walls like the neighbourhoods of the city of the future, the saturation of public spaces with mono national symbols, the humming of central squares with religious music, it is not difficult to fathom the future of the city.

Therefore, had we understood his positions, including the political ones compiled in the newly published book, as part of a log frame built upon the universal values of humanity and not as cheering of one side or the other, we would not try to position him whether he is with us or them. The mere idea of dividing Bogdan into with us or with them is, in essence, anti-bodganian, as he was neither with us nor with them! He was with all those who met his universal ideas, and he had the courage to say this openly under any circumstances without regard of individual consequences. Above all, he was with HIMSELF. He agreed to “betray” them, when he deemed it that they were in the wrong, and if we dig deeper, we will find somewhere that he “betrayed” us too – as per the shallow version of assessing things into us and them, but he never betrayed HIMSELF. He built his personality on the truths in which he believed with his entire being, and for which he never accepted any compromise despite the price he had to pay. He built his intellectual heritage on these truths, and it is not like we used or are using this heritage in the best way, either us or them.

Arbër Sadiki (*1977) architect, lecturer and critic. He is a Doctor of Technical Sciences in Architecture and Urbanism by the University of Belgrade. His narrow research field concerns the relationships between social circumstances and architecture. He was the assistant curator of the Kosovo pavilion at the 14th Venice Biennale. Nominated for Aga Khan Award for Architecture, Geneva. Winner of the “Annual Award for Scientific Work in the Field of Cultural Heritage”, 2020, awarded by the Ministry of Culture for the publication entitled: “The Architecture of Public Buildings in Prishtina: 1945-1990, Social and Shaping Factors”.