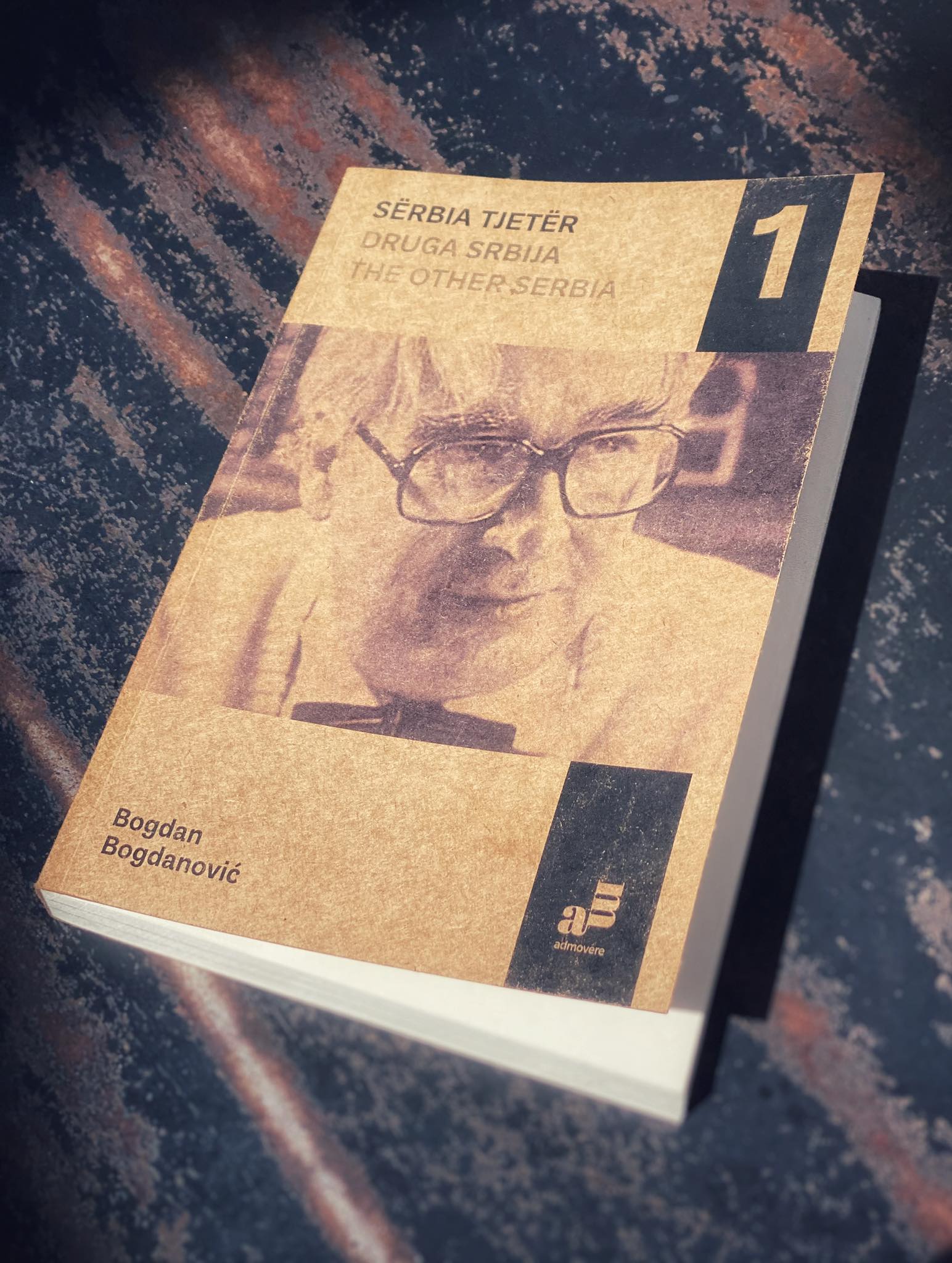 “The Other Serbia” project, implemented by ADMOVERE with the financial support of KFOS, has compiled a collection of the attitudes of Serbian intellectuals who opposed the drastic violations of human rights of the Albanians in Kosovo by the Serb authorities, from the abolition of Kosovo’s autonomy by Serbia on 23 March 1989 to NATO’s entry on 12 June 1999, and even later. These violations reached their culmination in 1998 and 1999 with the killing of almost 10,000 Albanian civilians, the raping of thousands of women, the deportation or displacement of almost one million Albanians, 100,000 burned and destroyed homes, buildings and objects of heritage.

To this end, we extensively researched articles and interviews published at that time, for over three decades in the daily press and the weekly publications in Kosovo, Serbia and wider. In this first volume we have included excerpts from articles and interviews of one the most prominent of these intellectuals:  the architect Bogdan Bogdanović, who talks about the brutal violation of the human rights of Albanians in Kosovo during the nineties. Apart from these, we thought it would be of great importance to include excerpts in which Bogdanović provides his views not only on the independence of Kosovo and its relations with Serbia, but also on the overall relations between Albanians and Serbs.

All these intellectuals were inspired by the Serbian social democrats such as Dimitrije Tucović, Kosta Novaković, Dušan Popović, Dragiša Lapčević, Triša Kaclerović, and others. Between 1912-13, when Serbia occupied Kosovo, they opposed the horrendous crimes perpetrated by the Serbian state on the innocent civilian Albanian population in Kosovo. An article by the social democrat Tucović in the Belgrade socialist paper of the time, “Radničke novine”, illustrates this: “...we attempted a premeditated murder over a whole nation”. An editorial article of the paper stated that it possessed data on crimes so horrendous by the Serb forces against the Albanians, that they chose to not publish them. Unfortunately, these crimes were repeated at the end of the First World War, in 1918 and 1919, then in the period between the two World Wars, at the end of the Second World War (1944-1945), between 1946-1966, and finally in the last decade of the 20th century (1989-1999).

“The Other Serbia” project aims not only to provide examples of the intellectuals who opposed the injustices and crimes committed by state authorities led by their own ‘compatriots’, regardless of their justifications, but also to honour the intellectuals who endanger their own life by showing amazing courage that should be given the deserved acclaim. Unfortunately, these personalities were viewed by large sections of the Serbian nation as traitors and were judged, branded, defamed and attacked. Among the Albanians they were viewed with mistrust and disregard.

We hope that this publication will benefit journalists, political analysts, and civil society activists who deal with Albanian-Serb relations; politicians involved in negotiations aiming to normalise these relations; students, academics and the public at large. This also includes the future generations in Kosovo, Serbia, Albania, the Balkans, as well as those interested throughout the World. The project will be published online in Albanian, Serbian, and English.

Post-war Kosovo does not have a street, square, or school named after the architect and humanitarian Bogdan Bogdanović, even though he designed monuments in Kosovo and adamantly opposed the closure of Albanian schools by the Milošević regime at the beginning of the nineties. Although he was the first and most vociferous intellectual who not only opposed the occupation of Kosovo by the Serbian regime but also supported the independence of Kosovo, the Kosovo Assembly failed to invite him to the ceremony of the Declaration of Independence on 17 February 2008.

Hence, let this publication be a modest recognition of the great contribution of this extraordinary intellectual, for his defence of the human rights of Albanians in Kosovo, and for his contribution toward a peaceful and amicable solution between Albanians and Serbs, and likewise for their coexistence based on mutual tolerance and understanding.