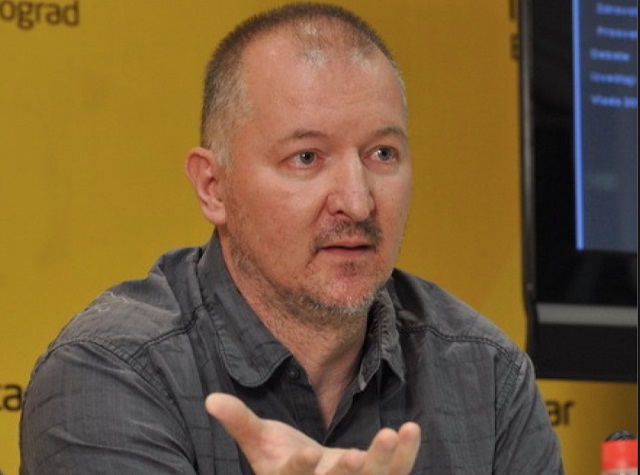 What is the Serbian world to us

The Russian world is a symbolic reflection, almost a phantom limb, or rather a symbolic compensation in the worldview of the so-called Russian people for the collapse, that is the loss, of the USSR. Roughly speaking, even though it was a kind of exchange of the Russian (ethno)national identity for the size and the power of the USSR. When the USSR fell apart, the collective identity – shall we say – returned to the “Russians”,[1] but with less power and size. In a symbolic sense, in the collective identity narrative, that power and size should have been compensated by – the Russian world.[2]

At first glance the analogy takes us down the wrong path: didn’t the Serbs renounce their collective identity for the good of Yugoslavia, and even, like the Russians, their country – in truth, it was just a kingdom, contrary to the Russian empire – in order to blend into a larger and more powerful collective state. And didn’t that larger and more powerful Yugoslavia fall apart just like the USSR, leaving “Serbs” to live in the territories of the new states institutionally separated from their so-called native country?

It didn’t. Unlike the USSR, Yugoslavia didn’t fall apart on its own, while the USSR – however strange that might sound, really did disintegrate on its own. Yugoslavia was shattered, and it was shattered by Serbs more than anyone else, unlike the Russians, who mostly just silently watched the collapse of their federation. If we were to explain it in a colorful way, the Russians stood empty handed while the USSR disappeared, while Serbs waived their guns all over the Yugoslav territories while the country went up in smoke.

Let’s summarize. The fall of the USSR developed mostly peacefully – although it’s hard not to see its armed consequences that came later, such as the current one in Ukraine[3] – while the destruction of Yugoslavia was marked not only by war, but by mass war crimes as well. That difference is so huge and significant that it completely changes the roles of the stories about the two worlds and two, in every way different context. So, the Russian world is in a way a symbolic compensation for the loss of real power. The Serbian world isn’t, even though it wants to be seen that way.

On the contrary, the narrative about the Serbian world is hidden behind similarities with the narrative about the Russian world, to hide the fact that it is not just similar but actually completely identical to – let’s call it that – the Great Serbia narrative with which “Serbs” started destroying Yugoslavia and started the wars for its inheritance, and committing mass crimes in those wars.[4] We’ll just remind ourselves of the basic points of that narrative. The Serbs bled for Yugoslavia only to lose everything in it. While others profited from Yugoslavia, for Serbs it was nothing but harmful.

Finally, and most importantly – completely in accordance with the thesis that the group randomly chosen as the target of violence must be dehumanized in order to legitimize the violence – Serbs in that Yugoslavia got a knife in the back from the very people that they, the Serbs, bled the most to liberate. That is the story whose elements were articulated and put together practically during the entire second half of the 20th century, in part through literary fiction as well as through the political, so-called dissident space, the basis for waging war unfolded.[5]

The same story is now coming back to us, now called the Serbian world. Renewing and renaming the story achieves two goals, both equally terrible. First, the entire criminal last decade of the 20th century is annulled. Second, the reasons for starting new (territorial) conflicts are being renewed and strengthened and legitimized, the same way they were in the late eighties and early nineties. If the story hasn’t changed, is it any wonder that the authors of the story are basically the same people?

So the renewal of the old regime, after the attempt to change in the first decade of the 21st century, practically came full circle with the renewal of its legitimizing narrative, including the holding of (absolute) power in the country and the aggressive (territorial) pretenses towards its neighbors. The promotion of the Serbian world, apart from all this, has one more meaning, that is a role: it officially means the end of any kind of pretenses to the implementation of transitional justice in Serbia, and suffocates any such attempt in the near future.

But that cannot stop us to look at the story of the Serbian world and its main characters through the eyes of transitional justice. If we do that, this is what we’ll see.

Let’s begin with the protagonists of the Serbian world. If we’d had transitional justice measures implemented in the first decade of the 2000s,[6] even the weakest ones like lustration – it seems that domestic trials are never a real possibility, which is the last line of defense for the establishment of the Hague Tribunal – the promoters of the Serbian world would now find themselves on the fringes of the political margins.[7] Instead, we have them in the very center, together with the same stories that once destroyed the federation and brought grief to its citizens.

But, transitional justice simply cannot be reduced only to the judicial system and its symbolic substitutes such as lustration. Transitional justice is actually another name for a kind of cultural war. Just like aggressive nationalist propaganda is a kind of war in the field of culture. It’s not about arguing whether individual works of literature are, for example, more or less valuable from an aesthetic point of view. Even when the look artistically successful, it’s possible to show that they are lying when it comes to historical facts.

So war is fought around the right to censorship or by arguing for and against censorship. That symbolic war is about interpretation.[8] In local curricula it didn’t even scratch the surface of the collective martyr identity narrative. Without it, everything that comes from the judicial measures of transitional justice has no point: every convicted war criminal will easily be greeted as a war hero here, as long as the current identity narratives are in full effect, drawing power from the school curricula.

This is why the Serbian world should not be laughed at, like, for example, a miserable copy of the narrative coming to us from the context of a much more powerful country than Serbia. The Serbian world is in fact a tragic warning that the circle of violence isn’t closed and that it isn’t a circle at all. The Serbian world is but a new twist in the spiral of violence down which Serbia is tumbling, since it missed its opportunity after 2000 to use measures of transitional justice to pull itself out of that spiral. That chance came after a great political battle. It seems the battle will be even tougher for a new chance.

Dejan Ilić (1965, Zemun), editor of the publishing house Fabrika knjiga and a permanent associate of Peščanik. He graduated from the Faculty of Philology of the University of Belgrade, received his master's degree from the Program for Gender and Cultural Studies at the Central European University in Budapest and his PhD from the same university at the Department of Gender Studies. Among others, he published the books: "Transitional Justice and Interpretation of Literature: A Serbian Example" (2011), "Two Faces of Patriotism" (2016), and "Serbia in Continuity" (2020).

[1] In this text, when Russians and Serbs are mentioned for the first time, they are placed in quotation marks as a kind of fence. Fences are raised not because of Russians and Serbs, but simply because any collective identity is too complicated for us to use those categories without fences. So, the reader should understand the quotation marks as a warning to use those words as if we know what they mean and what they refer to, even though we don't really know that.

[2] The reader can get quality information about the idea of the Russian world from at least two books, one of which was edited and the other was written by Milan Subotić: Another Russia. Critical Thought in Contemporary Russia, translated by Zorislav Paunković (Belgrade: XX vek, 2015); Forward, into the past. Studies on the politics of history in Poland, Ukraine and Russia (Belgrade: Fabrika knjiga, 2019). The latter book is also important because of the note from the previous remark because it shows extremely convincingly the complexity of collective identities and their variability and close dependence on the historical context, especially on the example of relations between Russians and Ukrainians. By analogy, the same can be shown for the Serbian identity in the Yugoslav context.

[3]So, the post-USSR conflicts are, after all, numerous and very bloody, and a kind of Russian signature can almost always be recognized in them. We also have "frozen conflicts", of course. Well, then it could be said that the difference between the contexts in which the ideas of the Russian and Serbian worlds arise is in fact in the "timing" of the violence.

[4] For the "Serbian side of the war", see the collection of the same name by Nebojša Popov, an unavoidable work for understanding the causes of the suppression / suffocation of Yugoslavia and the wars for its heritage:The Serbian side of the war. Trauma and catharsis in historical memory, edited by Nebojša Popov (Belgrade: Republika, 1996). Of course, the topic is big and many have dealt with it, but the main features of the analysis are already set in this book, which was created at a time when the wars were still ongoing.

[5] It is enough just to mention the notorious Memorandum of SANU.

[6] In fact, we had them. From the YugoslavCommission for Truth in 2001, onwards. Transitional justice measures in Serbia were in fact numerous, few countries have applied so many mechanisms. The problem was the goals of those measures and the way they were implemented. Both focused on the revision of history, that is, the annulment of Serbian responsibility, all with the incidental accusation of communism. This combination of denying the crimes of the 1990s and mythologizing the "communist crime" is the main characteristic of transitional justice in Serbia.