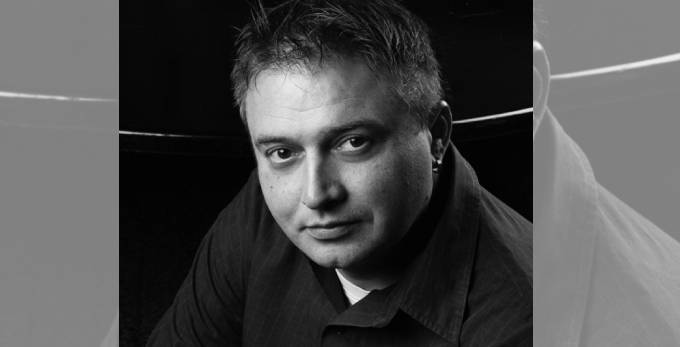 The City that Defeated Ratko Mladić

“Everything older than ten and younger than seventy-five will die in Šibenik. And we will not leave a single house standing…”, said the high-ranking officer of the Yugoslav People’s Army at the time, and now a convict serving time for war crimes, Ratko Mladić. It was exactly thirty years ago, in early fall of 1991, not half a decade before his soldiers would, this time with the insignia of the Army of Republika Srpska, commit the genocide in Srebrenica. There, in Podrinje, marked the end of the path of terror that Mladić embarked on at the outskirts of Šibenik, the city whose defense proved to be crucial for the development of the war in Croatia and, somewhat later, in Bosnia and Herzegovina.

In late afternoon on September 16, 1991, a siren could be heard around Šibenik, while on the outskirt’s battles were fought in which the ex-Yugoslav People’s Army had everything, while the defenders had barely any infantry arms and a very simple choice: between freedom at every cost on one hand, and exile, at best, on the other. And this second thing, to paraphrase Mladić, was meant only for those younger than ten and older than seventy-five.

The battle that lasted six days was preceded, like elsewhere in Croatia in those bygone days, by negotiations between representatives of the police force and the Croatian National Guard with army officials who were dominated by a man to whom, as he would show later in Prijedor and Foča, Sarajevo and Brčko, any crime was acceptable if it led to fulfilling his goals. Mladić’s position was simple and unbending: he saw negotiations solely as a way for the other side to agree with everything he demanded, without question.

Confident in the Yugoslav People’s Army’s firepower, surrounded by a large number of soldiers and with an unflinching support from the political and military elite of a waning Yugoslavia, at Šibenik – literally right outside Šibenik – he suffered not only his first, but maybe his largest military defeat.

Taking Šibenik was of strategic importance: because he who controlled the city controlled the rest of middle and lower Dalmatia, a long area stretching from the spot where the river Krka met the Adriatic Sea to Dubrovnik, and a region bordering all the way with Bosnia and Herzegovina, which was still at peace in 1991, and where troops are still gathering to wage wars over the AVNOJ borders.

If he managed, which he didn’t, to cross the bridge at Šibenik, the borders of Greater Serbia – the Šešelj kind: Karlovac – Karlobag – Virovitica – Zadar – maybe wouldn’t be precisely drawn with tank tracks, but the territories of various Serb Autonomous Regions would be vastly larger and harder to liberate. Simply put: it was considerably easier to conduct the military operation Maslenica, in which the Croatian Army managed to connect the disparate north and south of the country after a year and a half, than it would have been to liberate Šibenik and every other fortified settlement from there to Prevlaka.

The defense forces of Šibenik managed then, back in middle September of 1991, to reduce to size the so called Republic of Serbian Krajina, which will be made even smaller during Operation Flash and fully disintegrated by Operation Storm, showing how right the present Serbian representative in the Croatian Parliament Milorad Pupovac really was when he called the armed insurrection, planned in Belgrade and led from Knin, “a hegemonic, suicidal project” for the Serbian community in Croatia – a community that has since been halved in number and one that, as peace activist and former refugee Slaven Rašković has said, will never recover.

At that same war-ravaged time, Šibenik remained the city with the highest percentage of Serbian people in the Croatian Army, while evading the terrors that were then and later commonplace. After all, the current vice president of the Croatian government and member of the Independent Democratic Serbian Party, Boris Milošević, is also from Šibenik, a son of a Croatian Defense Forces member, but also a relative to a number of Serbian postwar victims that were killed after the Croatian Army finished military operations in the summer of 1995.

The story of war and peace in Šibenik is actually a story about what happens when birthplace wins over nationalism in constructing social identity. It is also a story about a city for which it is hard to tell if it was supposed to fall all those years ago or just fall apart years later, together with its factories.

Long before the war erupted, those who witnessed the negotiations between the chief of Šibenik police Nikola Vukošić and Ratko Mladić knew for a fact that peace was more remote than Mars. But just in nearby Split, this foreplay to death was taken less seriously than a common bar brawl. For example, Davorka Blažević, a journalist working for “Slobodna Dalmacija”, received complaints from the editorial office that she was exaggerating and spreading panic when she was only writing about the inevitable. Even after all these years, the battle for Šibenik is still not remembered as one of the crucial ones, not only for its citizens but for the war in general, and it was exactly that, but also something more: it was the first military victory of the forces that would later become the Croatian Army, and which retreated until September 22, 1991 to the troops of Ratko Mladić and other officers of the Yugoslav People’s Army who wore the chetnik kokarda far better than they ever wore the five pointed star of the partisans.

The same five pointed star was worn by Šibenik citizens at Sutjeska, that mother of all battles for the survival of Tito’s movement, where, by the way, the most numerous were the exact ancestors of those who would later show Mladić that freedom is not something that can be given, but rather something that can never be taken away.

The former industial city, once so crucial for the war, has changed so much in the last three decades. Even with all the symbolic, historical relevance, even with its excellent position and the surrounding natural beauties, Šibenik today numbers only 35.000 residents, with an old town older than Dubrovnik’s, but deprived of life by gentrification, with streets that in winter look like abandoned movie sets, and with less and less opportunity for its children that are off to Split, Zadar and Zagreb to study for occupations obsolete in the zimmer frei culture.

“Transition”, that ceaseless transformation from something into nothing, was still survived by an important thing: the incurable Šibenik-ness which is equally found among its Croatian and Serbian residents. This city, situated between two airports and with more national parks in its surroundings than hotels in its center, is not some mythical Arcadia, but it is – according to research done by the Department of Sociology of the University of Zadar – home to the most tolerant population of high school students in the country which, among other things, further proves the adage that anti-fascism is first and foremost a matter of family upbringing.

We should not get ahead of ourselves: Šibenik wasn’t some paradise for those Serbs who were not interested in living in Krajina (and who were also of no interest to Franjo Tuđman’s government) during the war from September 1991 to fall of 1995, but it was a far more pleasant place that other nearby cities. For example, Zadar had its own kristallnacht during which Serbian properties were destroyed, while in Split people exchanged ownership of tourist establishments using explosives, while apartments were stripped of their tenants at the barrel of a gun, led all the way to the former barracks that became the war camp “Lora”.

Meanwhile, in Šibenik the Orthodox churches and cemetery in the very center of the city remained untouched, together with the properties of one Jovan Rašković, a former psychiatrist at the city hospital who became one of the leaders of the armed rebellion against Croatia.

Wars may be won with guns, but peace is only kept when identity is built with local patriotism instead of tribal affiliations, together with differentiating – and respecting the differences – between religious customs and not ethnic background. And it was precisely that Šibenik identity that was crucial first in war – which was not easy nor good for the city’s Serbian population, but also not bad enough to make them abandon it for either Knin or Surdulica – and later in peace where, for example, Orthodox priests in full regalia do not have to be accompanied by police to walk down the street, and in which football matches with Serbian teams do not have to end in the emergency room.

Whoever thinks this is not that important is either clueless or born – yesterday.

Emir Imamović Pirke was born in 1973 in Tuzla. For years he has been a journalist, editor, columnist and associate of some of the most important media outlets in Bosnia and Herzegovina, Croatia and Serbia. Right now, he writes for the weekly Express, and online for Forum.tm, Bljesak.info and Deutsche Welle. He has written five novels: Jel neko video devojčice, kurve ratne zločinke; Tajne Doline piramida; Treće poluvrijeme; Vršenje dužnosti and Terorist. He writes for TV, theater and film. He is one of the founders and the director of the Festival of the Alternative and the Left Šibenik. Member of the Program Board of the Book Fair Sa(n)jam knjige u Puli. He has lived in Šibenik since 2010.