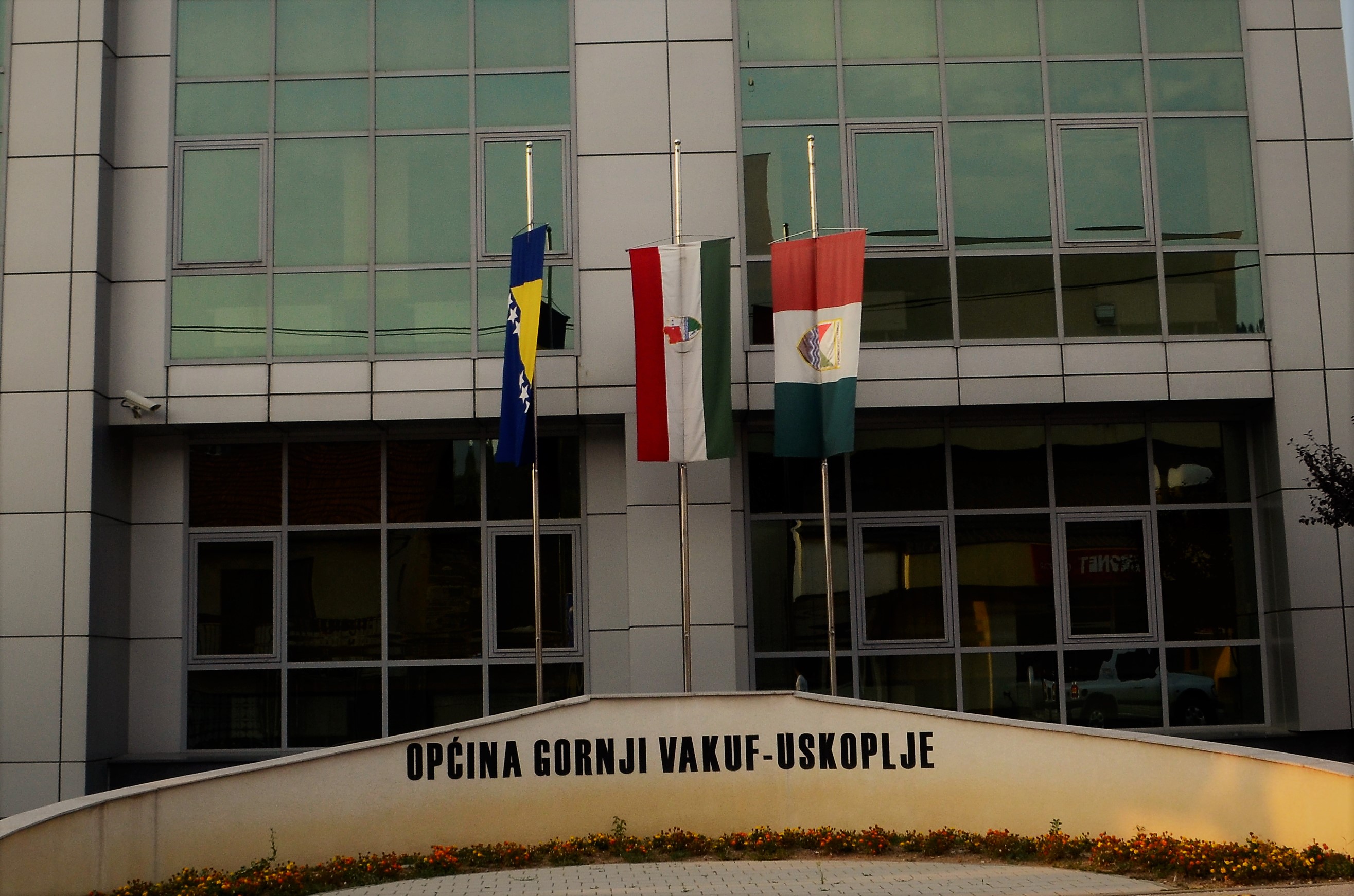 Two schools under one roof – a principle that is no longer functioning!

Gornji Vakuf – Uskoplje is a town divided along ethnic lines, which is also the reason why it has a dash in its name. The dash has been a line that dictates the lifestyle of most persons, limits their movement and creates a sense of uneasiness when it is crossed. Irrespective of the family one comes from or part of the town one lives in, everyone had to hear about the dash, the other side and those from the other side at least once. For those that do not know, I will simplify it. Gornji Vakuf is part of the municipality with mostly Bosniak/Muslim inhabitants. Uskoplje is also part of the municipality, mostly inhabited by Croat/Catholic inhabitants. The municipality is physically divided, as may be seen based on its name, which sounds like a very serious matter if things are seen from this perspective. In reality, those that do not know and those that are not told would never notice where the line is and what it even represents. For visitors, it may seem like an unimportant street, whereas for locals, it is the dividing line up to which to go and which is crossed only if one has to. And one has to, because the secondary school is located in Uskoplje. Our municipal leaders and those before them did their best to keep things complicated, and they made sure that their fellow citizens stayed divided. In practice, it means having two primary schools one next to the other side of the line, a single building with two schools under one roof (the focus is on division in the education, however, the division is also obvious in other segments of life).

The ''infamous concept'' was designed as a temporary solution, but was kept until today (something like the Dayton Peace Agreement). What is it about? A single building, two floors, two entrances, two plans and programmes, double number of teachers and management members, the breaks start a couple minutes earlier or later, in order for students not to meet, etc. All precaution measures were taken in order for C and B students to have as few opportunities to meet as possible. All these double structures were created based on the principle one for B, one for C; those that cannot be doubled (such as the sports hall, IT cabinet) are shared, but not at the same time. The classification of students and people as B and C or vice versa, is brutal and dehumanising on the one hand, whereas it is also efficient, because it reliably shows what we have come to. Why is the title of this text then the way it is? Several years ago, I do not remember exactly when (it is difficult to even ask someone, because people do not like ''serious topics''), something happened, which rare, I will be so free to say normal people and GVU barely hoped for. New secondary school students, first-grade students of B ethnicity started enrolling at the secondary school on the first floor, which used to be reserved for C students. Why did they do it? Because at B school, there was no medicine major and some other majors that have become very much sought after in the labour market (i.e. in Germany). These new students attend the school in compliance with the Croatian curriculum and they have no problems that their different ethnic or religious affiliation might cause. The new young people have intentionally or unintentionally shown that if one wants something, one can achieve it. I had the chance to be on the school bus that was transporting such a mixed class. I, who graduated from the secondary school completely separated from others, realised during this short drive to what extent our school contorted me and everyone else and to what extent we were limited. As a B I never got the chance to meet a C at school, and even if we tried to do it, we would be judged, warned, some of us even punished. Our school did not necessarily raise young nationalists, as frequently said, but it did raise young generations that were afraid of other persons, people that got a chance to meet these other persons only once they started studying. The new kids, at least as far as I could see, seem to be completely normal, although their school operates based on an insane system. In spite of the fact that there are only few such student (around 4-5 of them per class), they are the ones that prove that two schools under one roof are no longer that terrible, not as terrible as they used to be, and show that, in spite of the difficulties they maybe face on a daily basis, very little is needed in order to unite. So far, there have been no incidents, the official government and politicians have not reacted to this issue, and let us hope that this will also stay this way and that the future students will be leaders of positive changes in our community.