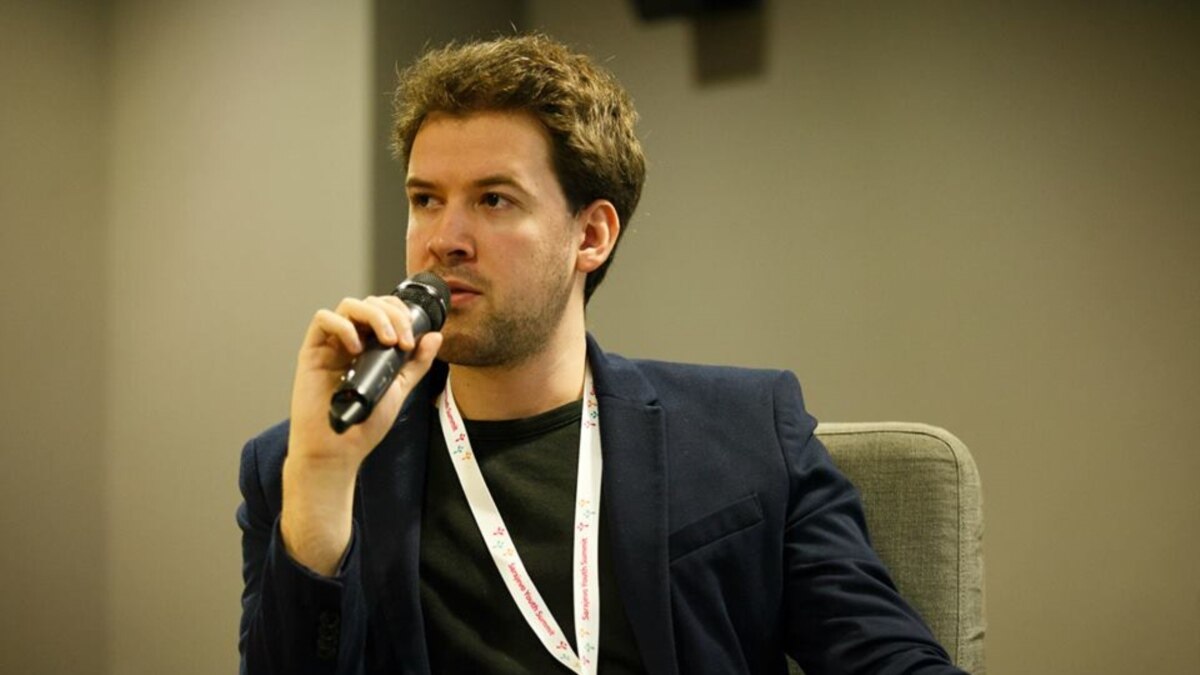 Operation Storm: A New Phase in Dealing with the Past

In Croatia there are now two dominant political approaches to confronting Operation Storm and its consequences which took place in August 1995, led by two of the highest state institutions – the Government and the President.

Through coordinated public appearances, the government, led by HDZ and the minority partner, the Independent Democratic Serb Party (SDSS), has directed the Croatian society into a new phase of dealing with the wars of the 90s, and especially with Operation Storm. Deputy Prime Minister Boris Milošević from SDSS participated in the main event of the 25th anniversary of Operation Storm in Knin on August 5, 2020, which for the first time had the bearings of a more dignified commemoration of this military operation. This was a particularly difficult decision for Milošević, whose father is a veteran of the Croatian Army, and whose grandmother Dara was killed after Operation Storm by Veselko Bilić, a discharged member of the 15th Home Guard Brigade who, even though convicted, was later pardoned by then-president Franjo Tuđman. Milošević’s decision to go to Knin last year was seen as a sign of reconciliation and easing of tensions between Serbs and Croats, but also as  finally opening a large space to talk about victims, and not just the army and its veterans. At around the same time, Anja Šimpraga, a member of the Croatian Parliament from SDSS, delivered a historic speech in the Assembly in which she remembered her experience as a little girl, when she was one of 150.000 Serbs who fled Croatia after Operation Storm. “I knew that my Croatian peers went through their own suffering and fear, going their own way away from their home. But I also knew that one day children from both sides will sit at the same table”, she said back then, pointing out that today she wishes for a society of freedom, and a future that is better and mutual.

Twenty years after the fact, the village Grubori, where members of the Croatian Army carried out one of the worst war crimes, and which is today still ruined and empty, was visited by Tomo Medved, Deputy Prime Minister for war veterans, Milorad Pupovac, president of SDSS, and Zoran Milanović, President of Croatia.

Prime Minister Andrej Plenković gave his own contribution to confronting the past. He held two exemplary speeches, one during the commemoration in Knin on August 5, the other on September 28, when he went to the village Varivode, where a commemoration was held for Serbian nationals killed there during the war. In these two speeches, Plenković clearly and unambiguously condemned this and other crimes committed by Croatian forces after Operation Storm, expressed remorse, acknowledged the traumas experienced by the victims and declared the crime “an insult to modern Croatia, because it insults basic human dignity”. The visit and speech in Varivode will be remembered as historic because it was the first time that an acting Prime Minister visited a site of suffering during Operation Storm, expressed condolences and condemned crimes. His words were not empty, because in less than a year the Croatian Government sent to the Parliament the Law of Civil Casualties in the Homeland War, which was voted into power last month. According to this law, civilians victimized during the war have for the first time gained the right to reparations regardless of their nationality or ethnicity, which means that there are no obstacles for families of those killed during Operation Storm to exercise those rights.

However, this optimistic image is tarnished by the other main political approach to Operation Storm, led by the President of Croatia, Zoran Milanović.

After winning the elections in early 2020 by garnering support from primarily the progressive and leftist voters, Milanović has in the meantime transformed into their biggest disappointment and nightmare – one that will, it seems, last for years. From a self-proclaimed liberal with vague progressive tendencies Milanović became the leader of the extreme right in Croatia, which is most evident in his many public appearances, particularly those concerning the wars of the 90s. This admirer of war crimes and their perpetrators has said, right before last year’s commemoration of Operation Storm, that “not all convicted in the Hague are war criminals”; he gave a medal to Zlatan Mija Jelić who is being investigated for war crimes by the State Prosecution, welcomed the Hague convict Tihomir Blaškić into his office, announced that he would welcome the war criminal Milivoje Petković as well, as soon as his twenty years in prison are over, and recently defended Miša Hrastov, who was convicted for murder of 13 prisoners of war on the Korana bridge, describing him as a victim of the judicial process. The president surprised many when he returned all the state medals to Branimir Glavaš that were previously stripped from him by the former president Josipović after he was convicted of war crimes in Osijek.

One of Milanović’s favorite pastimes, that have been covered by the media in detail, are his offensive remarks he likes to extend to citizens through his official Facebook page and in media appearances, where he, on the topic of Operation Storm, attacked Žarko Puhovski, a former university professor and the president of the Croatian Helsinki Committee on Human Rights (HHO). HHO was the first organization to develop a thorough report on human rights violations during and after Operation Storm. That was why Puhovski was summoned in 2009 to testify before the International Criminal Court for Former Yugoslavia for the case Gotovina et al, to speak about what HHO researches learned and saw during and after Operation Storm in August 1995. For this, president Milanović has called Puhovski a “snitch”, adding that “…he was not taken there by UDBA or some Yugoslav prosecution, he went to the Hague on his own volition, and testified there in a way that could be fatal for Croatia. He shouldn’t have gone at all… But you give in and conspire with the prosecution to help them bring the worst kind of misery to Croatia. You stay home, you play dumb, you do not participate, you do not collaborate.”

It is very indicative that Milanović called Puhovski a “snitch” and not a liar, because in that way he tacitly acknowledges that everything that Puhovski testified on, and everything written in HHO reports is actually the truth. Yes, Croatian soldiers killed Serbian civilians and destroyed their property on August 5, 1995 and in the weeks following, but according to Milanović this is not something we are supposed to talk about publicly. We should simply remain silent about the crimes, because otherwise you are a traitor to your country and a collaborationist working against national interests. In his attack on Puhovski, Milanović very neatly showed and clearly articulated the model of proper thinking and keeping silent about the facts of Operation Storm.

This model, which does not deny the crimes committed during Operation Storm, but postulates that they should either not be mentioned, or that they should be justified by any means necessary, was the dominant model in Croatia for years. The symbolic gestures of members of the Croatian Government have brought significant change, and the same can be said for specific political initiatives that have shown that Croatia has moved forward when it comes to dealing with the past, that it is on its way to recognize all victims, regardless of nationality, and that it has shown at least partial promise of a multi-layered observation of historical events. These actions have surprised many, including the author of these words, who just a year earlier could not even imagine that high-ranking government officials would ever visit sites of Serbian suffering, or that the Parliament would see speeches about recognizing the victims of Operation Storm and building a better future together. All initiatives by civil society organizations – to offer condolences and apologies to the victims, as well as material and symbolic reparations – were met with marginalization, mockery and death threats, so the evident political progress over the course of a year was quite surprising. However, one should still remember that this change, no matter how surprising, was not actually sudden, but was the product of many years of advocacy by victim associations, activists and the civil society which have fought for transitional justice ever since the war started.

Even though the new model has overcome the retrograde politics that glorify „our boys“, keeps silent about war crimes and humiliates victims in the way currently exemplified by Milanović, these new tendencies in confronting the past have shortcomings that will be difficult to shake off. Victims and their families are still waiting for state officials to apologize, and to admit that after Operation Storm, Croatia actively worked on discouraging refugees to return to their homes. Government officials from HDZ will probably never admit that the crimes committed during and after Operation Storm were not isolated incidents by individuals, and that they were not at odds with policies of then-president Franjo Tuđman, like Plenković said in his speech last year, but that they were in accord with the plans made by the former Croatian political and military elites, who saw the exodus of the Serbian population as desirable.

Because of that, we want a braver politics of history in Croatia, one that is ready to make bolder steps in acknowledging documented facts, in systemic work on reconciliation, building an open space for discussion about the wars of the 90s, and in developing mutual coexistence. Let's hope that the steps taken last year are only the beginning of more positive changes to come.

Nikola Puharić was born in 1990, and is a graduate of the Faculty of Political Science and the Faculty of Philosophy at the University of Zagreb. He has been active for years in the Youth Initiative for Human Rights of Croatia, where he was Program Director, and where he is currently the President of the Board of Directors. Currently he works on development of projects concerning local and regional development, culture, human rights, social services and youth. He lives in Zagreb.