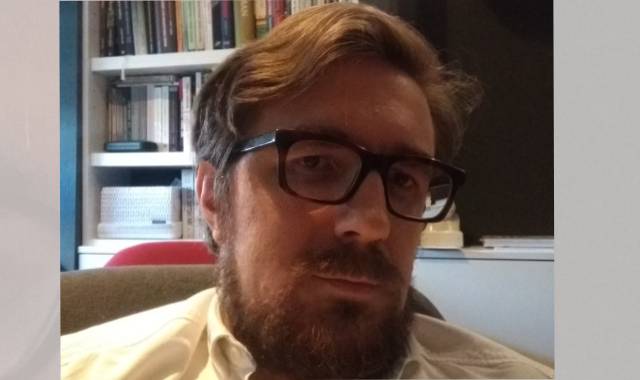 Serbia and the Breakup of Yugoslavia: the road to war

The same question has been repeated for three decades among the interested political, academic and general public: did the breakup of Yugoslavia have to be bloody? Some go even further and ask if the breakup was really inevitable. Both these questions are certainly an interesting topic of debate, but they are, at the same time, very unhistorical: hindsight is powerless before the actual events of history. The breakup of Yugoslavia and the war did happen, not just demolishing a multinational integration of impressive potential, but also destroying tens of thousands of lives and negatively affecting millions from Slovenia to Kosovo.

It is understandable that in such complex historical situations, when all the actors have at their disposal an enormous potential do seriously damage one another, singling one of them out would be a kind of reductionism, and it carries the danger of deviating from the truth as a whole picture. However, in this article I will be dealing with Serbia from the point of view of its role in the Yugoslav crisis, arguing that the greatest danger of a hostile outcome came from the politics of Serbia. Two basic points could be seen among the Serbian population: the new concept of Yugoslavia, and the consequences of the potential breakup of Yugoslavia.

When it comes to the concept of Yugoslavia, Serbia advocated for an option which no one else found acceptable. What Serbia was proposing was some kind of re-centralization of the Yugoslav federation. Although Yugoslavia as a country had certain dysfunctions of course, Serbia’s position rightfully created a feeling of unease that Serbian leadership had no intention of   making the Yugoslav federation more functional, but rather to make the Yugoslav republics even less independent than they actually where. The goal was to create a more efficient connection with Serbs outside of Serbia, by making their position an issue, which other republics rightfully saw as a type of guardianship over them. Those two things – functionality and statehood of the republics – were not, however, mutually exclusive, contrary to how it was presented in Serbia. It was becoming increasingly difficult to achieve political agreements in a system which was based on those agreements.

The whole foundation of Yugoslav federalism could be summed up in the principle of agreements. Everything had to be taken into account: the form and the essence. Even immediately before the greatest crisis in 1989, there was a code of conduct and considerations which had to be respected. So for example, Borisav Jović in his journal wrote: “Could I now step out into the public and state that Drnovšek and Šuvar keep blocking constitutional changes? That would be the end of our collaboration, and war in the Presidency. If we continued on like this, even that would be a possibility, but right now the public would blame me for being intolerant and aggressive. We must persist until we finish the job.” The main question is, however: why was an agreement no longer possible to achieve?

One of the more obvious responses to this question is the disagreement between opinions regarding what ought to be under the jurisdiction of community authorities. The type of integration (federation, confederation, alliance of states etc) was less important than the imperative that some form of integration remains. However, instead of searching for an acceptable minimum, Serbia opted for the maximalist opinion, which meant a re-centralization, even though they knew that it would not be supported by anyone. The alternatives which the Serbian leadership considered were: either such a Yugoslavia ideally tailored to Serbian interests, or a political unity of the Serbian people in a “rump Yugoslavia” – de facto Great Serbia – without other Yugoslav people and with a change to the borders of the republics. As a member of the Presidency of SFRY, Borisav Jović in that context in 1989, wrote in his journal that he was afraid that “if Yugoslavia fell apart, a large portion of the Serbian people might remain outside Serbian borders unless another solution was established by force”.

There was no point in time when a clear “break” happened in the approach of the Serbian leadership in solving the Yugoslav crisis. The alternative solution – all Serbs in One country – was prepared at the same time as the political action of preserving and re-centralizing Yugoslavia. It galvanized Serbs outside of Serbia, giving them false hope that there is a readiness and a strength to provide their separation from the other republics (especially Croatia) in case of the secession of those republics from Yugoslavia. All the while the political leaders in Serbia did not conceal their opinion that should Yugoslavia break up, it could not happen along existing borders. Since this especially related to Croatia, its political leaders had no other choice but to, in case of a declaration of independence, accept the secession of territories populated by Serbs, hope that the YNA won’t agree to being used against a republic exercising its right to secede or legally arm themselves and prepare to defend their integrity.

The culmination of this refusal to accept the border of a republic as a state border was the moment Serbia refused to accept the suggestion of the international community made during a conference in The Hague (between September and November 1991). The suggestion introduced the possibility of an asymmetric community of independent states, in many ways similar to the type of integration of the European community at the time. Regarding the issue which was of most interest to Serbia, the status of Serbs outside Serbia, the document guaranteed the broadest rights according to international standards, avoiding the term "minority" (for example for Serbs in Croatia), while at the same time guaranteeing a special autonomous status for “areas where members of a national or ethnic group make up the majority”. It was even guaranteed that members of a national or ethnic group "who live far away from members of the same group, for example in isolated villages" would have the right to self-government "to the extent in which it was feasible".

However, none of that was convincing enough for Serbia, for two reasons: one, because the absolutely dominant notion by then was that all Serbs should remain in a single state, and two, because those same provisions would have to also apply to Albanian people in Serbia, that is, in Kosovo. Counting on the fact that the Serbian side was still the strongest militarily, even though it was “underperforming” when it came to mobilization, and suffering from widespread desertion, Serbian officials believed they were capable of fulfilling their goals. They ended up being deeply wrong about that.

Of course, we should try not to succumb to emotional hyperbole. It seems like one could argue that no one actually wanted the war. However, war seemed acceptable to some due to the fact that they believed themselves to be the stronger force. This is primarily the case with Serbia, who imagined that its motto of “Defending Yugoslavia” will be sufficiently opaque a veil for uniting all (or as many as possible) Serbs in a single state. “Defending Yugoslavia” was supposed to be a legitimizing formula for its own army, for domestic affairs and for the international community, which was not keen on breaking up Yugoslavia. The maneuver with Bosnia and Herzegovina – the famous offer to Alija Izetbegović to be the president of a “rump” Yugoslavia – served the same purpose. The equation was straightforward to the extreme: the army would defend Yugoslavia (even a rump one), any attempt at arming by those who wanted to secede from it was illegal and would compromise them, the constitution guaranteed the right of every nation to self-determination, the borders between the republics were administrative in nature… The only thing left was to succeed in having all interested parties either weak or naïve enough to accept without resistance such a platform from Serbia. That, understandably, did not happen. The rest is history – the history of a bloody war.

Srđan Milošević is a historian and jurist. He graduated and received his PhD from the History Department of the Faculty of Philosophy at the University of Belgrade. He received his law degree from the Union University in Belgrade. He attended multiple programs of advanced training at the Institute for the Study of Culture in Leipzig, and at the Imre Kertes Center in Jena. His areas of expertise are historical topics of law, economics and society, with a focus on the 20th century history of Yugoslavia and Serbia. He is a member of the international Network for Historical Theory, as well as the Serbian Association for Legal and Social Philosophy, and the Center for Economic History. He is one of the founding members, and president, of the Center for Historical Studies and Dialogue (CISiD).