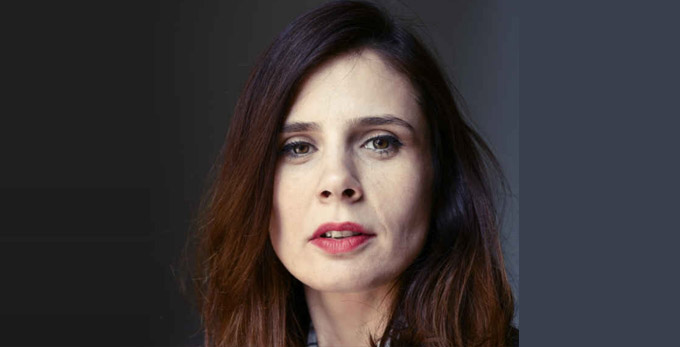 On 8 March 1990, several hundred women, including members of the Women’s Association of the Democratic League of Kosovo (LDK) – the political party that led the peaceful resistance against the Serbian oppression in the ‘90s – gathered at the Youth Center “Boro and Ramiz” in Prishtina (nowadays, Youth Palace). The Women’s Association of LDF notified publicly its disassociation from the Socialist Yugoslav Women’s League, at a time that marked the beginning of the decade of oppression and apartheid by Milošević’s regime.

The murder of youth in students’ protest in the ‘80s and the systematic police violence incited the boycott of all celebrations organized for the 8th of March, as used to be the case in previous years.

Also, attempts supporting the notion of establishing an independent women’s organization, disassociated from political parties, which would place women on the focus of the national movement, was brewing. However, some of the women protesters of that particular 8 March were soon disappointed. As they recall in interviews where they speak about the events of that time, the majority of women activists joined LDK. The names that were left outside of party gates, along with other activists who joined them along the way, established associations and organizations that for the first time, dedicated their work to women’s rights.

For example, “Motrat Qiriazi” led by Igo and Safete Rogova engaged in elimination of illiteracy in the remote rural areas in Kosovo, whereas the “Center for the Protection of Women and Children” led by Sevdije Ahmeti and Vjosa Dobruna documented various types of violence against women.

These were the names that bore some of the key roles in organizing some of the iconic protests that broke down the peaceful resistance in the second part of the ‘90s. On 8 March 1998, BBC reported: “The biggest demonstration (on International Women’s Day) was held in Prishtina, the capital city of the Serbian province of Kosovo, where we have witnessed a lot of violence lately.”

Thousands of women carrying white sheets of paper in their hands marched that day in the streets of Prishtina against the violence of Serbian forces. The beginning of 1998 witnessed the first massacres perpetrated by the Serbian forces against the Kosovo Albanian civilians in the villages of Drenica. The time context of the repression, and later of the war, made it indispensable for the women’s movement in the ‘90s to would be linked more with freedom and the nation, and at the same time it became the way and inspiration for the mobilization of many new activities in the post-war period.

After ‘99, as it goes to happen with many other women’s movements globally, even in Kosovo it is specifically the nature of actions and protects on each International Women’s Day that provide a picture of the pressing political and social issues of that particular period. From this perspective, 8 March 2006 speaks clearly of the need to urgently address the complete exclusion of women’s needs from the negotiation related to the final status of Kosovo. Consequently, on the International Women’s Day in 2006, the Kosovo Women’s Network protested against the non-inclusion of women in the talks supported by the UN that eventually led to the proclamation of Kosovo’s independence in 2008.

“We do not want flowers, we want justice for the women and girls raped during the war” was the request of the protest in 2012 for justice and survivors of sexual violence, who acquired legal recognition only in 2014.

However, it was 8 March 2016 that served as a crucial turning point for the feminist movement in Kosovo. For the first time ever, the protest was led by the Collective Kolektivi MARS’hojmë S’festojmë (We March, We Do Not Celebrate), comprising of young women and men, thus spreading activism beyond the walls of non-governmental organizations towards a more organic and diverse mobilization, as we witness today.

This collective constantly appeals for employment without exploitation, for health insurance, for work without discrimination for all, and openly opposes sexism, homophobia, transphobia and racism. While the discourse of women’s movement after 1999 mainly concerned political justice and equal representation of women in institutions, where women continue to be underrepresented, the fight for gender equality, particularly in the recent years, has shifted more towards the left by insisting on economic and social justice.

On 8 March of the previous year, the request for unpaid work was made in Kosovo for the first time ever, categorizing as a job the caregiving, cooking and cleaning inside the homes, and not viewing those as regular and natural chores within the role of women as homemakers and mothers. Paradoxically, the topic of protest last year preceded the reality that unveiled itself even more during the pandemic, a time when the burden of unpaid labour multiplied to the detriment of women. Thus, the marking of 8 March 2021 kicked off with the symbolic shattering of dishes and utensils, organized by a new feminist organization “QIKA”, as protest to intervene in the home conditions and overturn gender roles, the same as they did on that day with the table.

Meanwhile, the marking of this day concluded with the already traditional march organized by the Collective MARS’hojmë S’festojmë, under the slogans “Against Patriarchy that Murders”, “Down with the Capitalist Patriarchy”, “Every Woman is a Worker”, “Women’s Murder is Political”. Huge banners condemning femicide rolled from numerous balconies across Kosovo, bringing gender violence from the private sphere into the public one, to emphasize vocally that it is the patriarchal system the one that enables the murder of women, and this must be fought against with urgency.

Dafina Halili is a Kosovo 2.0 journalist, covering mainly human rights and social justice issues. Dafina has a master's degree in diversity and the media from the University of Westminster in London, U.K..